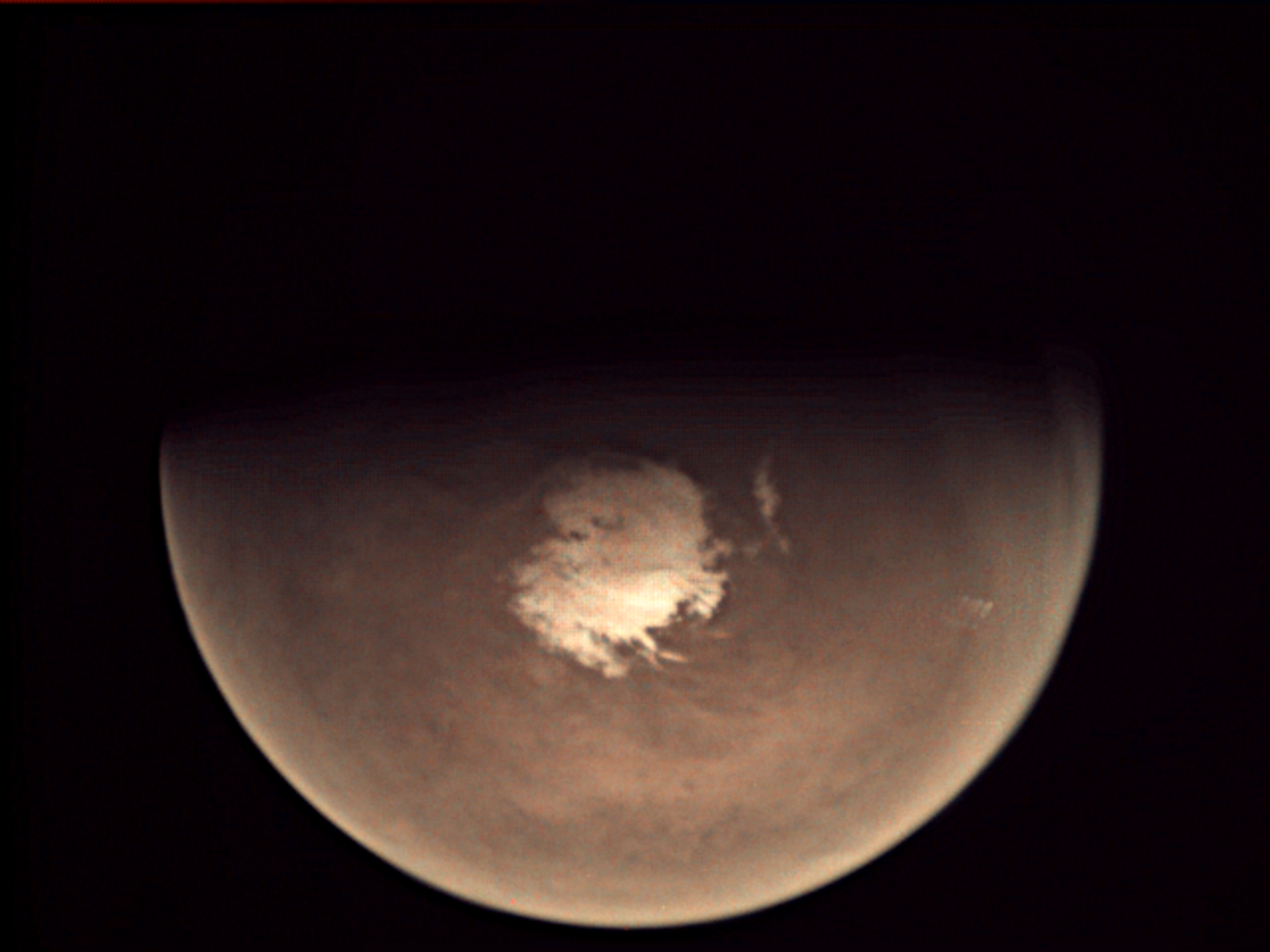 This image was taken on 2 January just after midday GMT, and is one of the first of the Red Planet this year from the low-resolution Visual Monitoring Camera – the ‘Mars Webcam’ – on ESA’s Mars Express orbiter.

It was recorded from an altitude of about 10 000 km and shows the south pole of Mars, including the ice cap of mostly solid carbon dioxide.

The camera is not a scientific instrument but originally captured the separation of the Beagle lander. It now provides images of Mars, including crescent views of the planet, not obtainable from Earth.

The images are acquired and downlinked to Earth on a substantially automated cycle, and original images are posted automatically into a dedicated Flickr channel.

More via the blog: blogs.esa.int/vmc