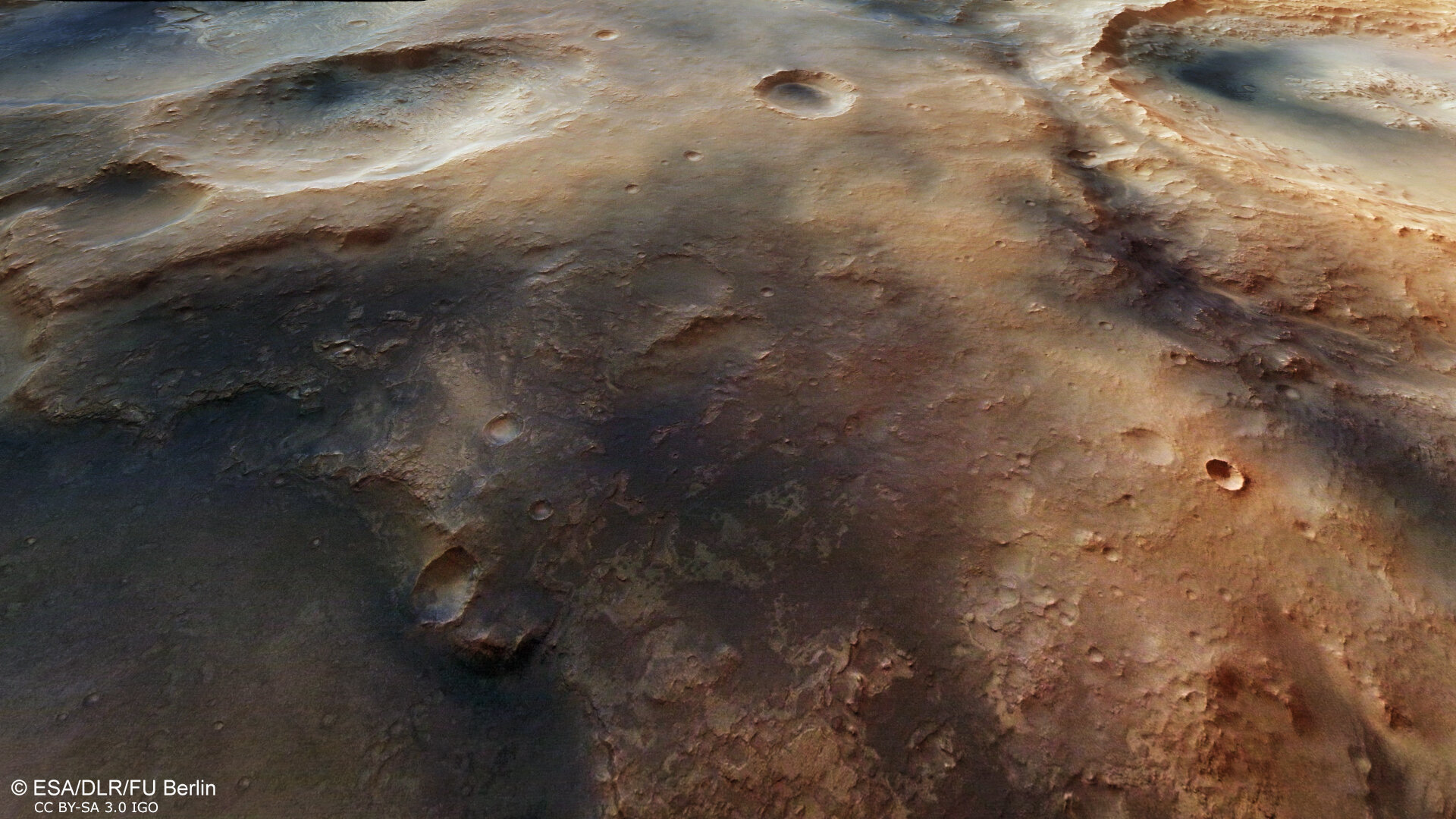 The Nili Fossae graben system is an area of great geological interest near the giant Isidis impact basin, northeast of the Syrtis Major volcanic province.

The graben system contains numerous troughs, part of one can be seen at the lower left of this image. On the plateau above, several depressions can be seen, some of them extending into the trough. Part of a large, 55 km-diameter impact crater with a central pit can be seen on the top right.

This image was acquired by the High Resolution Stereo Camera on ESA’s Mars Express on 16 October 2014 during orbit 13699. This oblique perspective view was generated using data from the stereo channels. The centre of the associated main colour image is located at about 75°E / 24°N. The ground resolution is about 18 m per pixel. North is to the right, east is up.

Copyright Notice:
This work is licenced under the Creative Commons Attribution-ShareAlike 3.0 IGO (CC BY-SA 3.0 IGO) licence. The user is allowed to reproduce, distribute, adapt, translate and publicly perform this publication, without explicit permission, provided that the content is accompanied by an acknowledgement that the source is credited as 'ESA/DLR/FU Berlin’, a direct link to the licence text is provided and that it is clearly indicated if changes were made to the original content. Adaptation/translation/derivatives must be distributed under the same licence terms as this publication. To view a copy of this license, please visit http://creativecommons.org/licenses/by-sa/3.0/igo/