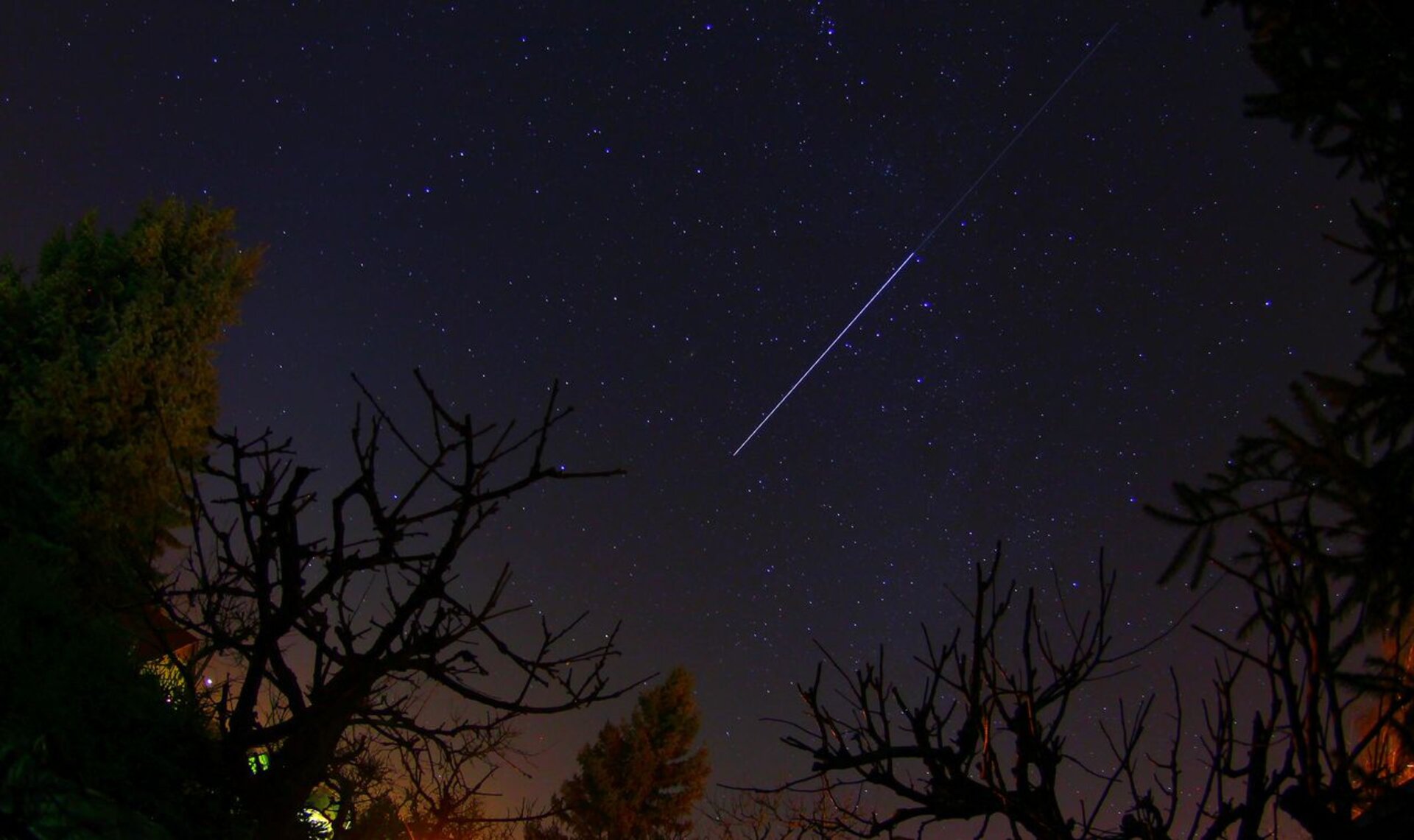 Last Saturday, ESA’s fifth and last Automated Transfer Vehicle, Georges Lemaître, undocked from the International Space Station at 13:40 GMT. Less than 30 hours later the spacecraft burnt up harmlessly in a controlled reentry over the Pacific Ocean, marking the end of the programme.

This image was taken by amateur photographer Alex Spiller in Saxony, Germany, shortly after the spacecraft left the weightless research laboratory. Travelling from west to east at around 28 800 km/h, ATV-5 is visible as a faint stripe to the right of the brighter stripe – the International Space Station.

This was one of the last images of the spacecraft before its fiery demise. Many people all over Europe went outside to bid the spacecraft a fond farewell – it could be seen with the naked eye and captured on standard cameras. Their images have been collected on the ATV blog.

ATVs delivered more than 31 500 kg of supplies over the course of five missions. They boosted the Station to raise its orbit numerous times and similarly moved it out of the way of space debris.

The vehicles demonstrated European mastery of automated docking, a technology that is vital for further space exploration.

The knowledge gained by ESA and European industry from designing, building and operating the complex ATV missions is instrumental for ESA’s participation in NASA’s Orion spacecraft, which will fly astronauts to the Moon and beyond.