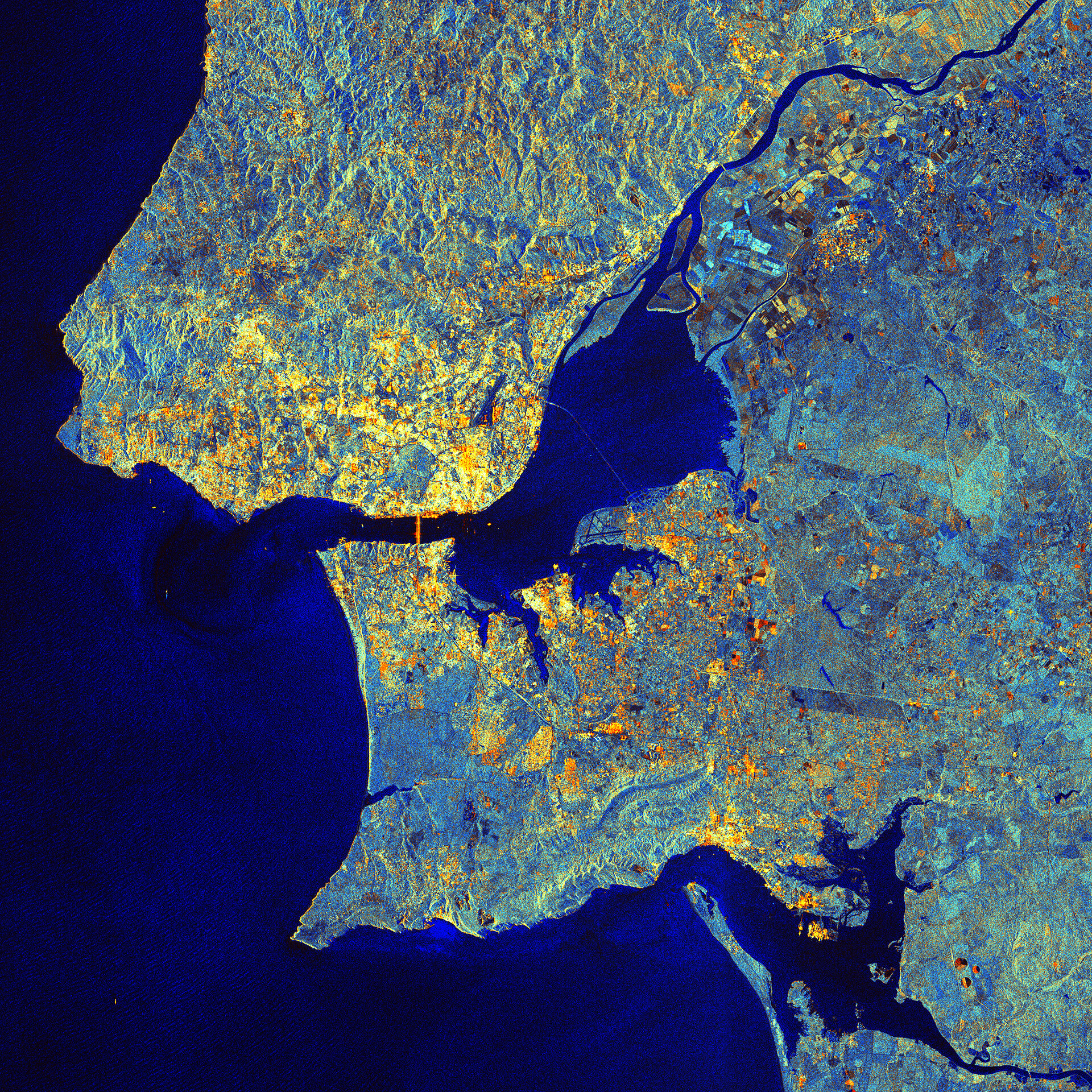 This image from Sentinel-1A’s radar shows the metropolitan area of Portugal’s capital, Lisbon.

Flowing in from the upper-right corner is the Tagus River. Originating in central Spain, the Tagus is the longest river on the Iberian Peninsula, stretching over 1000 km. The river flows west through Portugal, emptying into the Atlantic Ocean at Lisbon.

Its estuary – visible at the centre of the image – is a natural reserve and Ramsar Wetland of International Importance.

With extensive mudflats, saltmarshes, reedbeds and human-made salt pans, the area is important for around 16 species of wintering or staging waterbirds, numerous species of breeding birds, and the European otter. Activities outside of the reserve include fishing, shellfish collecting and agriculture, as we can see by the geometric shapes of agricultural plots.

Lisbon’s city centre sits on the northern shore of the Tagus River, and is visible by the bright radar reflections from buildings and other structures. We can also see the reflections from the suspension bridge that connects Lisbon to Almada on the southern shore.

Further east, though not as clear, is the Vasco da Gama Bridge, the longest in Europe, at 17.2 km.

This image, also featured on the Earth from Space video programme, was acquired on 8 October 2014 by Sentinel-1A, the first satellite developed for Europe’s Copernicus programme. The next, Sentinel-2A, is foreseen to be launched this spring.