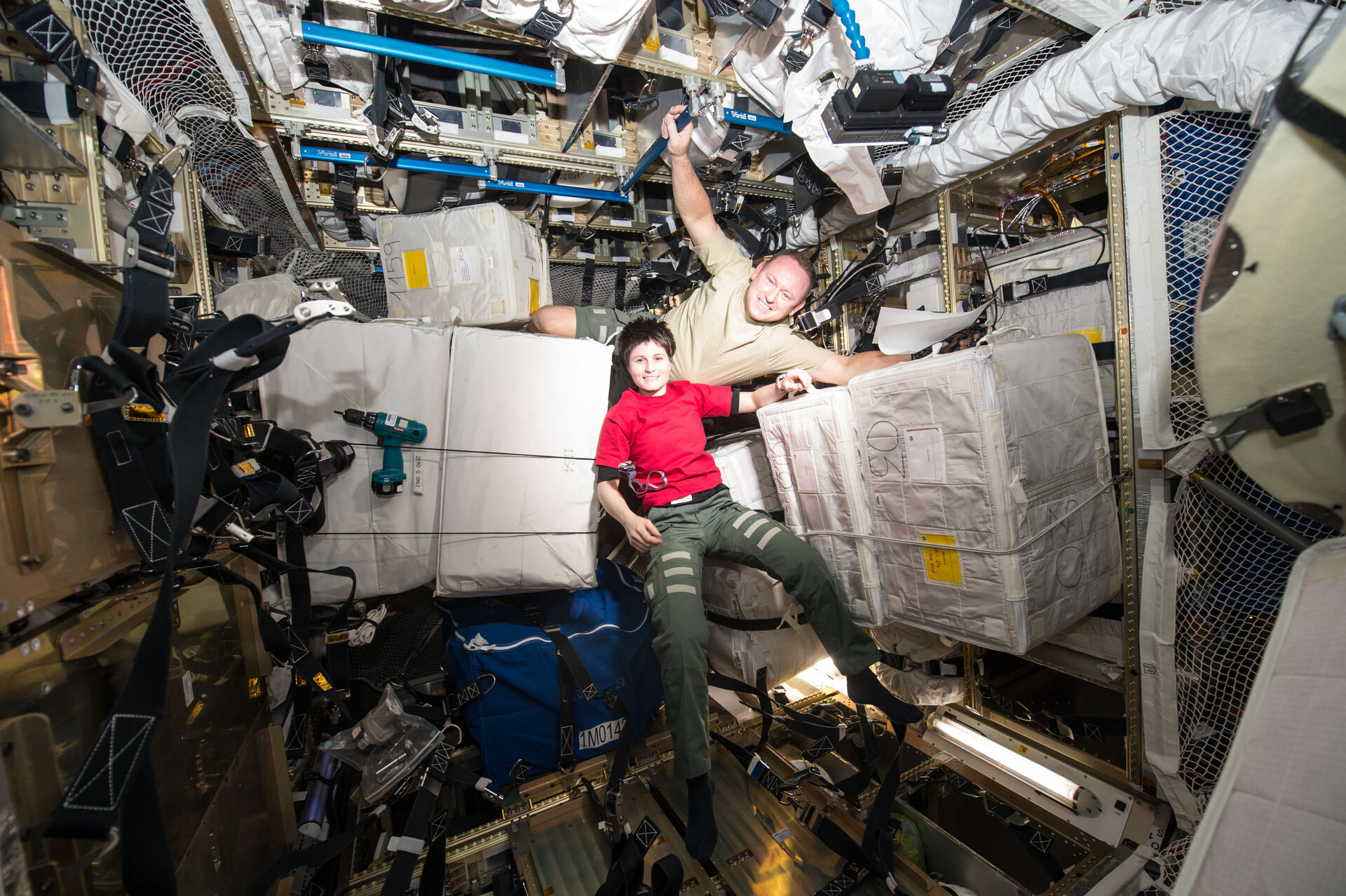 Samantha and Butch in ATV-5

ESA astronaut Samantha Cristoforetti and NASA astronaut Butch Wilmore inside ATV-5 as they load it with waste cargo, January 2015.

Before undocking, astronauts loaded it with waste material, freeing up space on the weightless research centre.

This last ATV set the record for the heaviest Ariane 5 launch when it climbed into space from Europe’s Spaceport in French Guiana on 29 July 2014.

It delivered 6.6 tonnes of supplies, including food, water, fuel, clothes and experiment hardware.

The versatile spacecraft also raised the Station’s orbit and moved it out of the way of space debris.

Before undocking, the Station crew loaded it with waste material, freeing up space on the weightless research centre.

The European cargo ship undocked on 14 February at 13:40 GMT (14:40 CET) and manoeuvred itself into a safe descent trajectory.