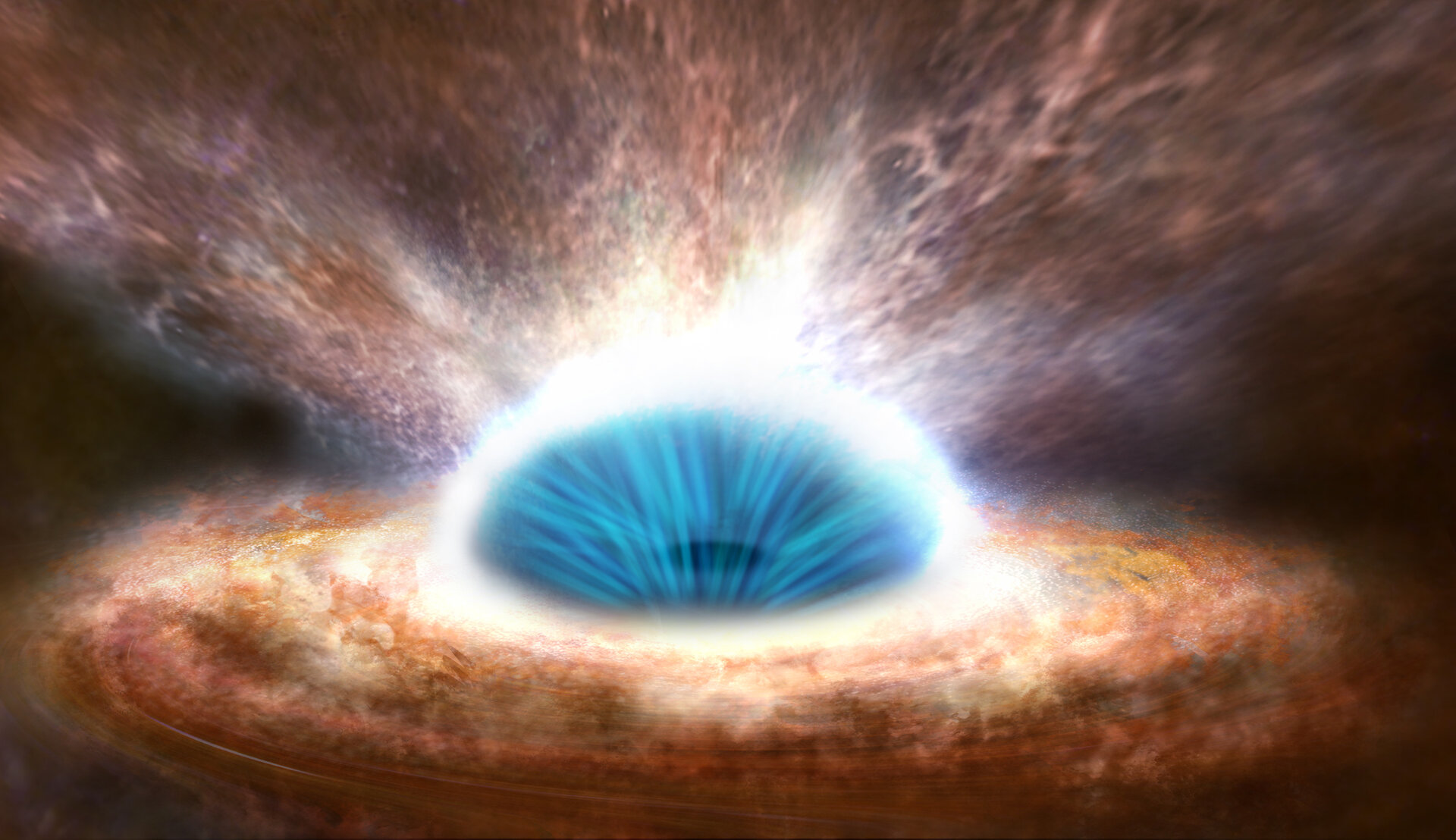 Some supermassive black holes at the centre of galaxies are devouring the surrounding material. They also divert part of it away through powerful winds and jets.

Astronomers studying the supermassive black hole at the centre of the galaxy IRAS F11119+3257 have found proof that the winds blown by the black hole are sweeping away the host galaxy’s reservoir of raw material to form stars.

This finding was made by using ESA’s Herschel space observatory, together with the Suzaku X-ray astronomy satellite. Combining these data, the astronomers could detect the winds driven by the central black hole in X-rays, and their global effect, pushing the galactic gas away, at infrared wavelengths.

This artist's impression shows how the black hole accretes the surrounding matter through a disc (orange). Part of the accreted material is pushed away in a wind (blue), which in turn powers a large-scale galactic outflow of molecular gas (red).