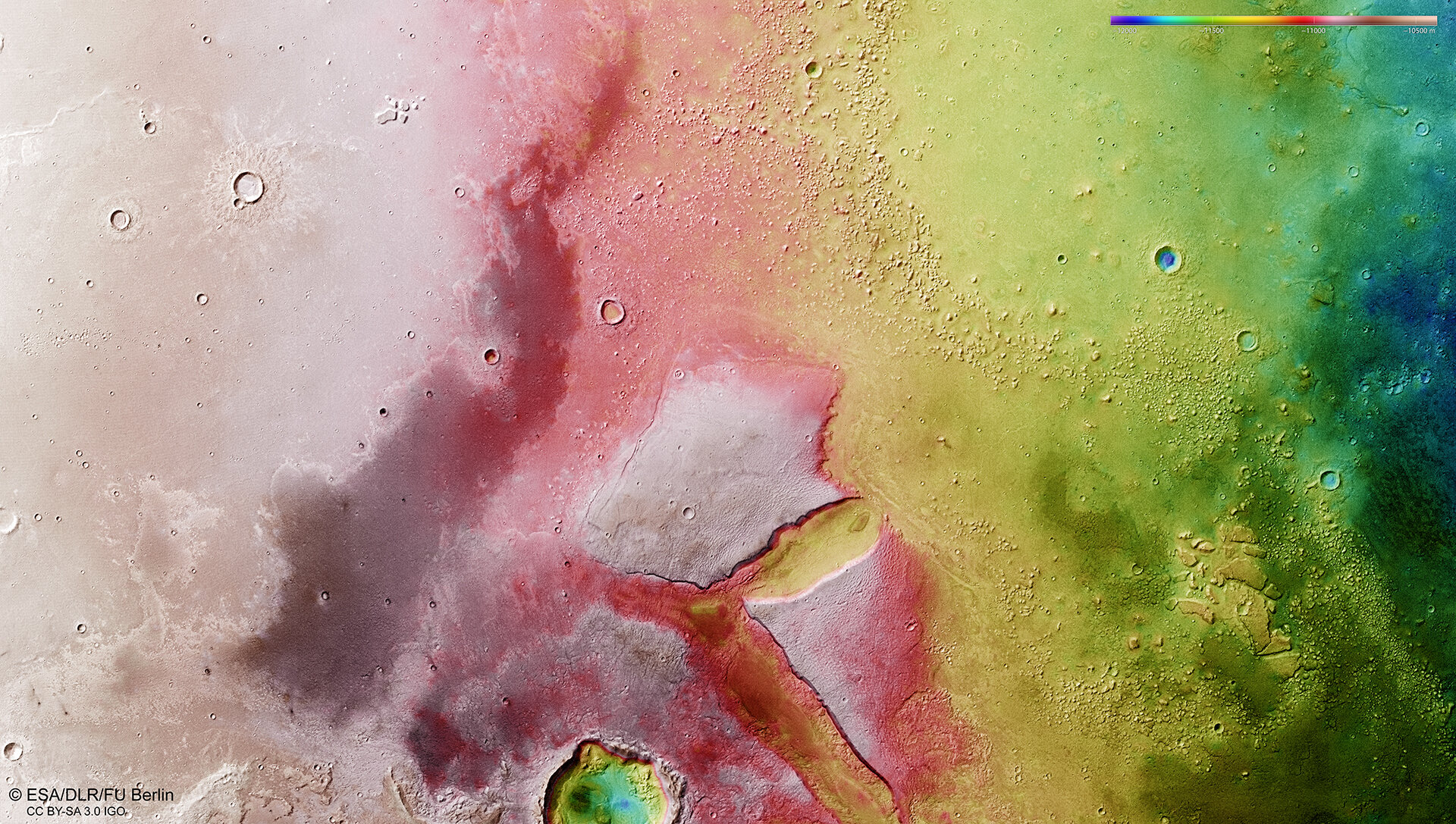 The colour-coded topographic view shows a decrease in elevation of nearly 1.5 km across this part of the Cydonia Mensae region of Mars. The more rugged, cratered southern highlands start off beyond the left-hand edge of this image.

The data were acquired by the High Resolution Stereo Camera on ESA’s Mars Express on 19 November 2014 during orbit 13816 and are centred on 38ºN / 353ºE. The ground resolution is about 21 m per pixel.