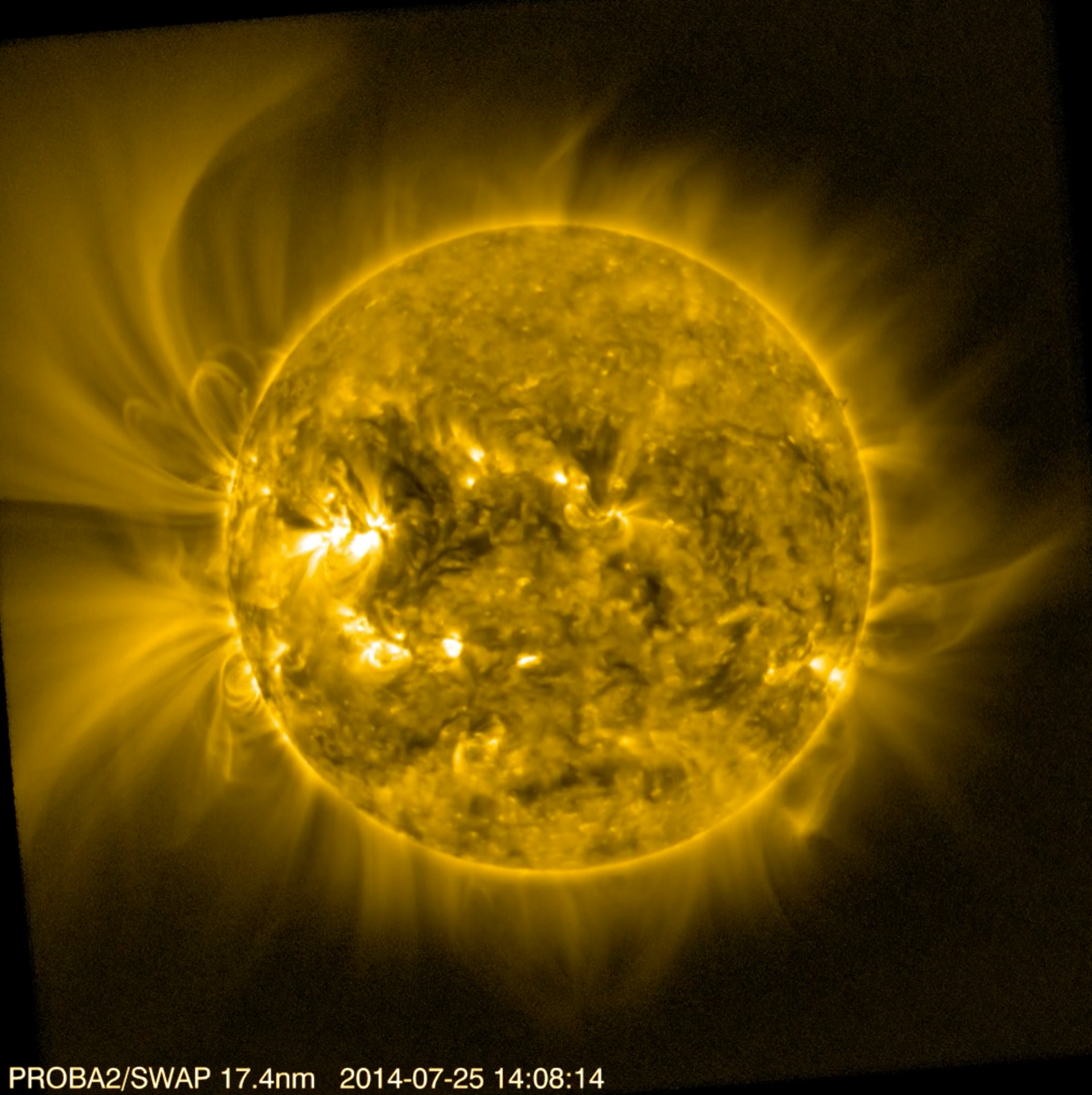 This snapshot of our constantly changing Sun catches looping filaments and energetic eruptions on their outward journey from our star’s turbulent surface.

The disc of our star is a rippling mass of bright, hot active areas, interspersed with dark, cool snaking filaments that wrap around the star. Surrounding the tumultuous solar surface is the chaotic corona, a rarified atmosphere of super-heated plasma that blankets the Sun and extends out into space for millions of kilometres.

As seen in this image, taken on 25 July 2014, the hot plasma forms large loops and fan-shaped structures, both of which are kept in check by the Sun’s intense magnetic field. While some of these loops stay close to the surface of the Sun, some can stretch far out into space, eventually being swept up into the solar wind – an outpouring of energetic particles that constantly streams out into the Solar System and flows past the planets, including Earth.

Even loops that initially appear to be quite docile can become tightly wrapped and tangled over time, storing energy until they eventually snap and throw off intense flares and eruptions known as coronal mass ejections. These eruptions, made up of massive amounts of gas embedded in magnetic field lines, can be dangerous to satellites, interfere with communication equipment and damage vital infrastructure on Earth.

Despite the Sun being the most important star in our sky, much is still unknown about its behaviour. Studying its corona in detail could help us to understand the internal workings of the Sun, the erratic motions of its outer layers, and the highly energetic bursts of material that it throws off into space.

Two new ESA missions will soon contribute to this field of study: Solar Orbiter is designed to study the solar wind and region of space dominated by the Sun and also to closely observe the star’s polar regions, and the Proba-3 mission will study the Sun’s faint corona closer to the solar rim than has ever before been achieved.