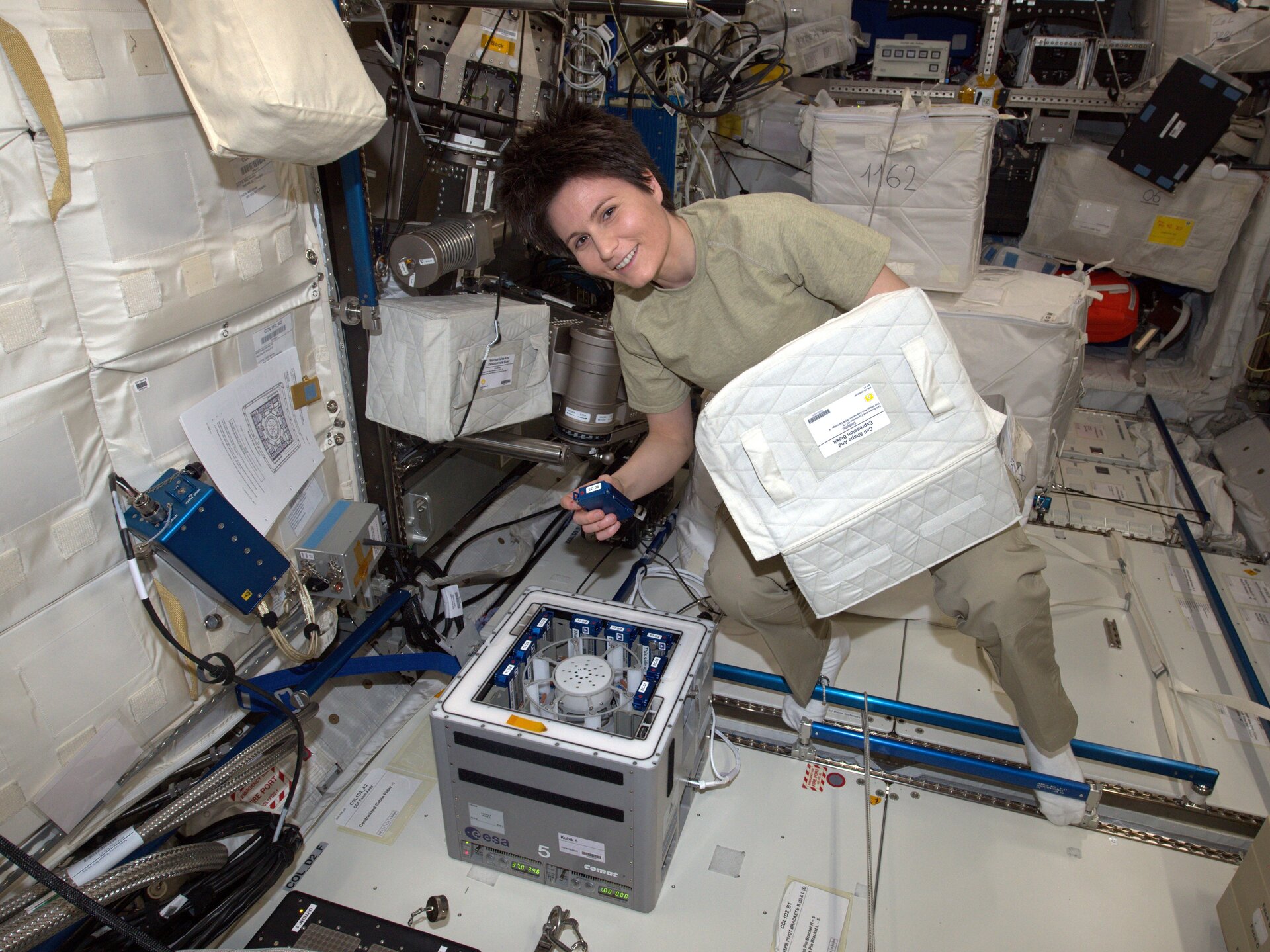 This experiment uses ESA’s Biolab facility in the Columbus laboratory on the Station. Living in space is harmful to living beings – radiation takes its toll on a cellular level, while weightlessness seems to impair immune systems.

Triplelux will look at immune cells from three sources (rats, bacteria and mussels) and expose them to weightlessness, normal gravity on Earth and simulated gravity in space. ESA’s Kubik centrifuge on the Station will spin the samples while in space so they feel the equivalent force of gravity.

Samantha published this image with the text: “Working on Kubik, the standalone centrifuge-incubator.”