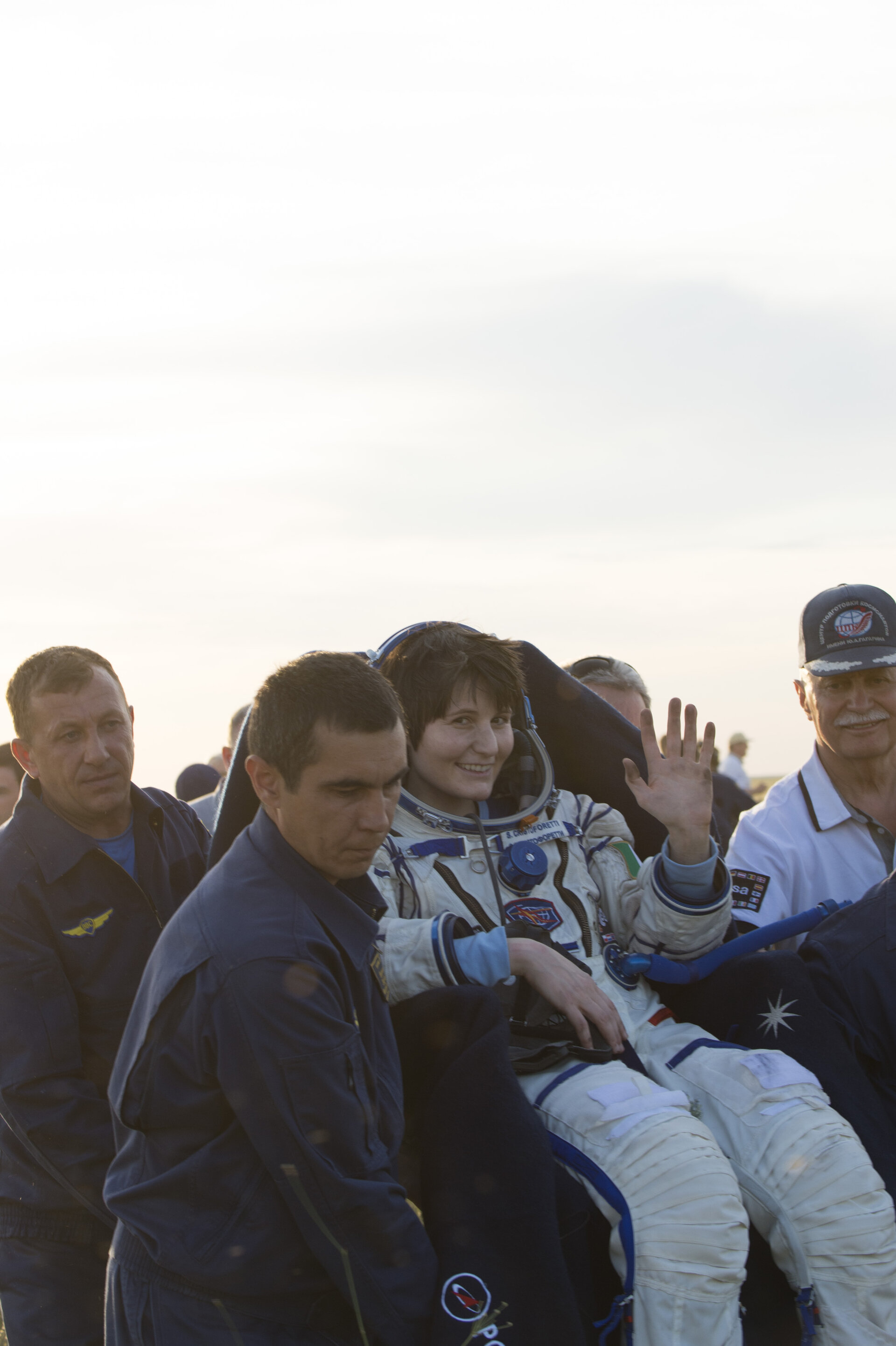 Samantha back on Earth

ESA astronaut Samantha Cristoforetti, NASA astronaut Terry Virts and Russian commander Anton Shkaplerov landed safely on 11 June 2015 in the Kazakh steppe after a three-hour ride in their Soyuz spacecraft. They left the International Space Station at 10:20 GMT at the end of their six-month stay on the research complex.

Terry Virtz, Anton Shkaplerov, and Samantha Cristoforetti are returning after more than six months onboard the International Space Station where they served as members of the Expedition 42 and 43 crews.