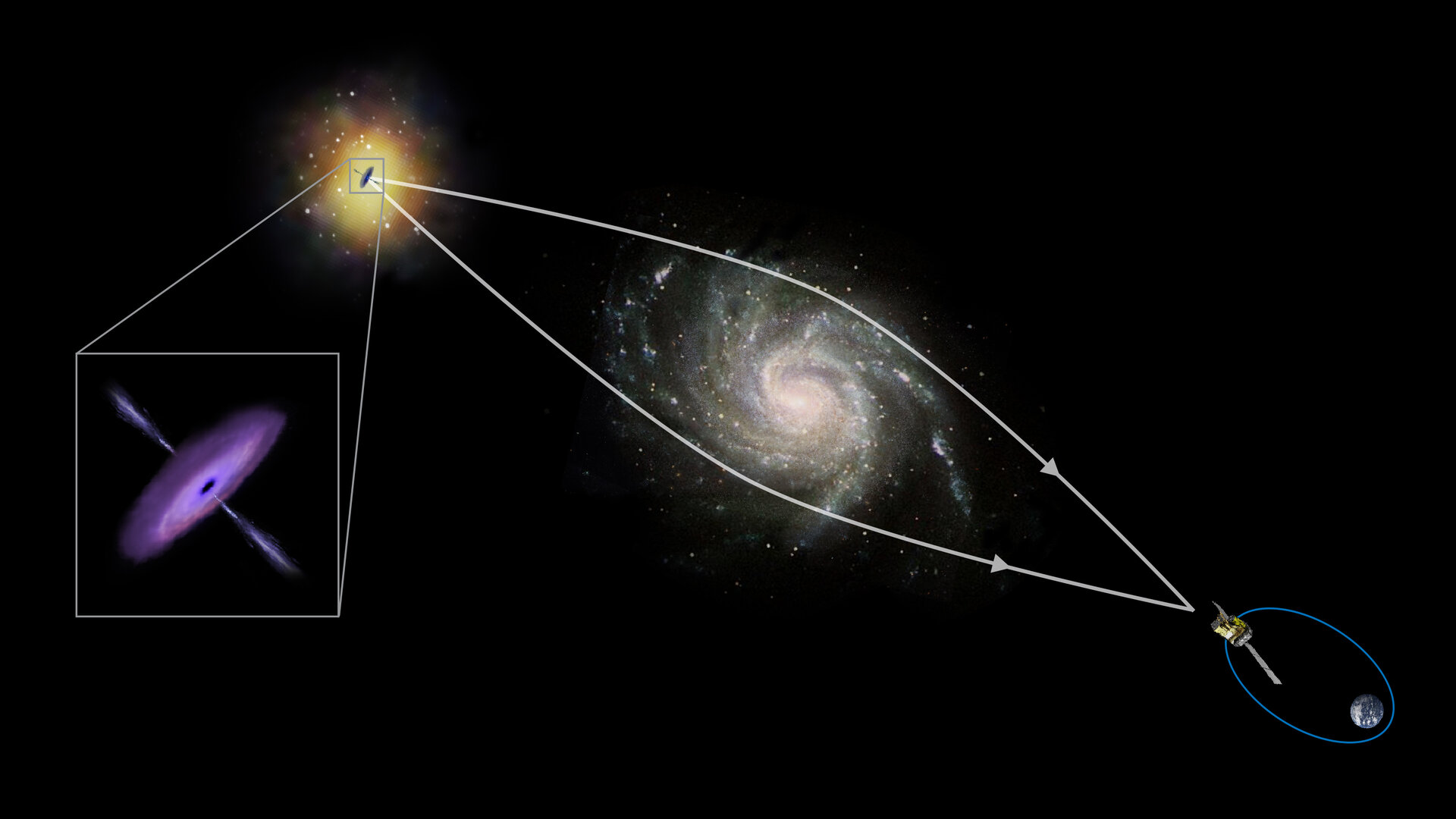 Massive cosmic objects, from single stars to galaxy clusters, bend and focus the light that flows around them with their gravity, acting like giant magnifying glasses. This effect is called gravitational lensing or, when it is detected on tiny patches on the sky, microlensing.

A team of astronomers used the magnifying effect of the stars located in a spiral galaxy to ‘zoom in’ to another galaxy, known as PKS 1830-211, that lies along the same line of sight from Earth but is much farther away. Thanks to this unusual set-up, they could pick out very small structures in the distant galaxy, corresponding to the vicinity of the supermassive black hole. The black hole is devouring material from its surroundings while firing powerful jets of particles that emit light up to the high energies of gamma rays. Observing these jets with ESA’s Integral and NASA’s Fermi and Swift satellites, the astronomers could measure the size of the region around the black hole where they originate.

Our telescopes will never be powerful enough to reveal these inner regions, but the intervening gravitational lens made the measurement possible. This is the first time that gravitational microlensing has been used with gamma rays to dissect the high-energy processes taking place around a supermassive black hole.