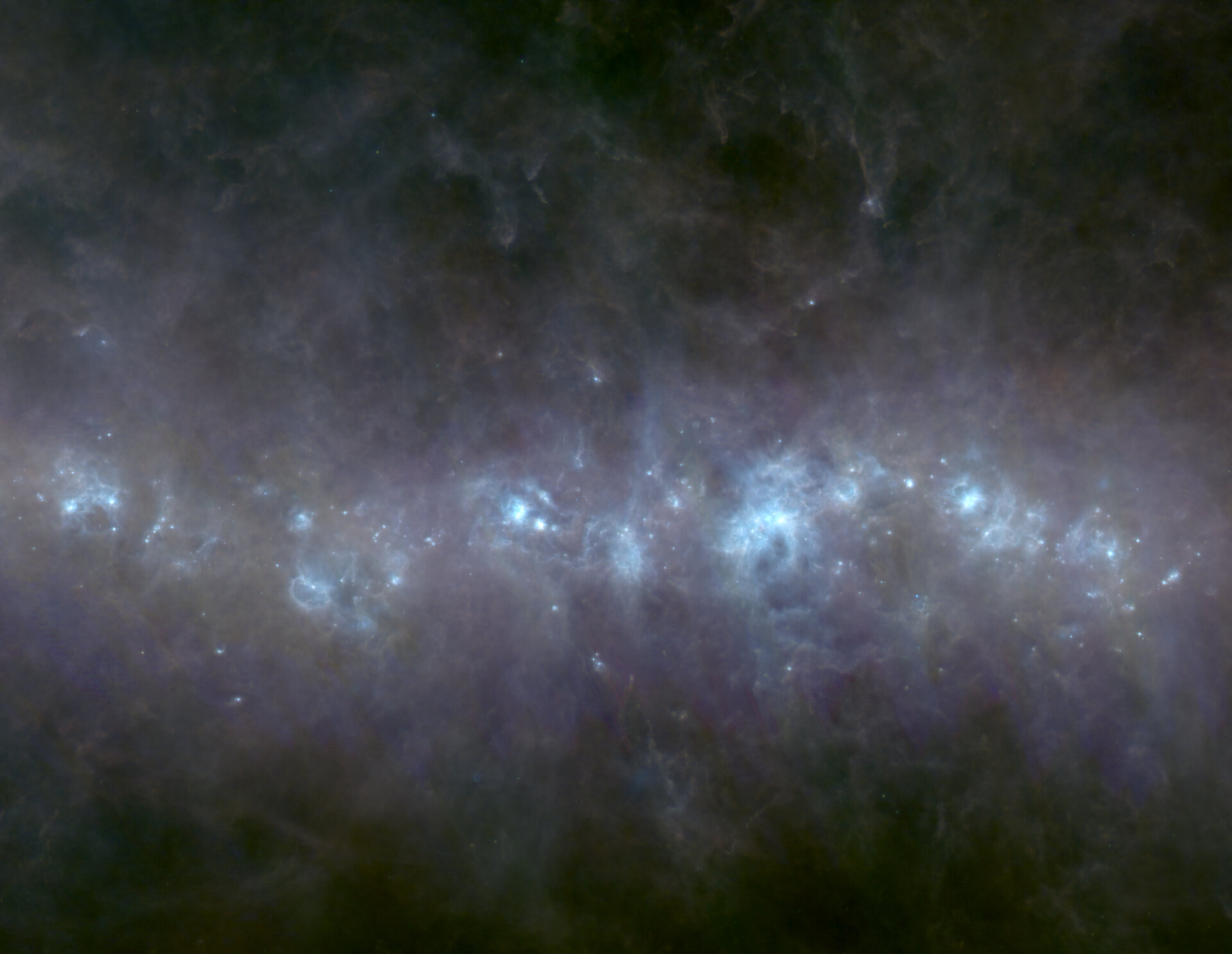 The constellation of the great ship Argo Navis used to bob along the watery southern horizon of the Mediterranean during times of antiquity.

Said to represent the ship used by Jason and the Argonauts in the quest for the Golden Fleece, it was included by Greek astronomer Ptolemy in his 2nd century AD list of the constellations.

This dust is part of the interstellar medium, which also contains gas. The bright knots reveal dense cores, just a few tenths of a light-year across. These dusty cocoons are where gravity is incubating new stars. They are invisible at optical wavelengths because the dust blocks the light from escaping.

However, the dust’s low temperature means it gives off far-infrared radiation, making it visible to the special detectors on Akari.

This is the first far-infrared all-sky survey since the Infrared Astronomical Satellite (IRAS) was launched by the US, the UK and the Netherlands in 1983. IRAS’s final release of image data was made in 1993 and astronomers have been using it ever since.

Akari’s all-sky survey is both higher resolution and contains longer wavelengths than the IRAS survey.

Akari was the second space mission for infrared astronomy from the Institute of Space and Astronautical Science of the JAXA Japan Aerospace Exploration Agency, this time with ESA’s participation.