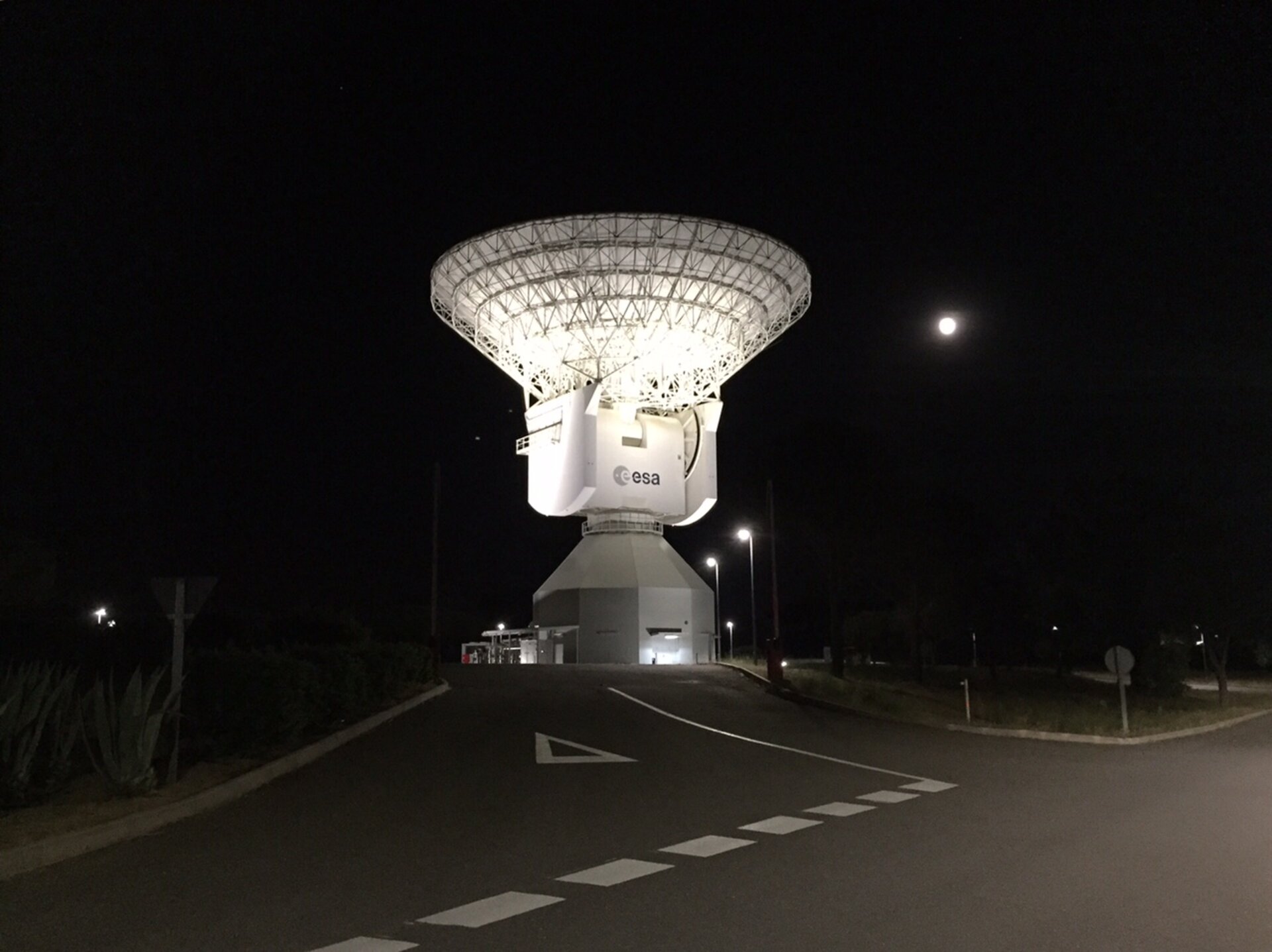 Shining as brightly as the Moon in a clear Spanish night, new LED lighting installed at ESA’s Cebreros tracking station is saving energy and money, while ensuring efficient station operation.

As part of continuing efforts to reduce its environmental impact, ESA is looking to reduce energy consumption across all establishments and sites. Until now, Cebreros tracking station, located in Avila, Spain, near Madrid, was lit using linear fluorescents for ambient lighting, with halogen spots illuminating the entrance and streets.

The entire lighting infrastructure has been updated to use energy-saving LED lighting. The project was no small task, and required the replacement of almost 800 lights, including interior and exterior lighting and the projectors used to illuminate the station at night.

Total power consumption has been reduced by more than 60%, generating a saving of approximately €15 000 annually, and the project will pay for itself in just five years.

The project was completed for ESA by Spanish company Fasual and was managed by the onsite station team.

“We have improved the lighting quality at the station while ensuring that we comply with Spanish regulations,” says Station Manager Lionel Hernandez.

“We are delighted with the results and the positive feedback from staff – there has been a dramatic aesthetic and quality improvement and operationally we have seen a significant cost reduction.”

It entered service as the second deep-space terminal in 2005 (the other two are located at New Norcia, Australia, and Malargüe, Argentina). It provides routine support to deep-space missions such as Mars Express, Gaia and Rosetta, as well as missions flown by other agencies.

The antenna dish is 35 m in diameter and the entire structure is 40 m high and weighs about 620 tonnes. Engineers can point the antenna with a speed of 1 degree per second in both axes. Cebreros’ servo control system assures the highest possible pointing accuracy under the site’s environmental, wind and temperature conditions.

In 2015, the Estrack network turns 40 and will celebrate four decades of linking people with spacecraft travelling to the frontiers of human knowledge.

To help mark this milestone, ESA is hosting the ‘Estrack 40th Anniversary Sound Contest’ and is inviting composers to submit their audio compositions, one of which will be selected as the new theme audio for Estrack (see link below for details).

So as to avoid light pollution and further reduce energy usage, the station floodlights are not permanently on. They are only used for media events and as needed for nighttime maintenance and access.