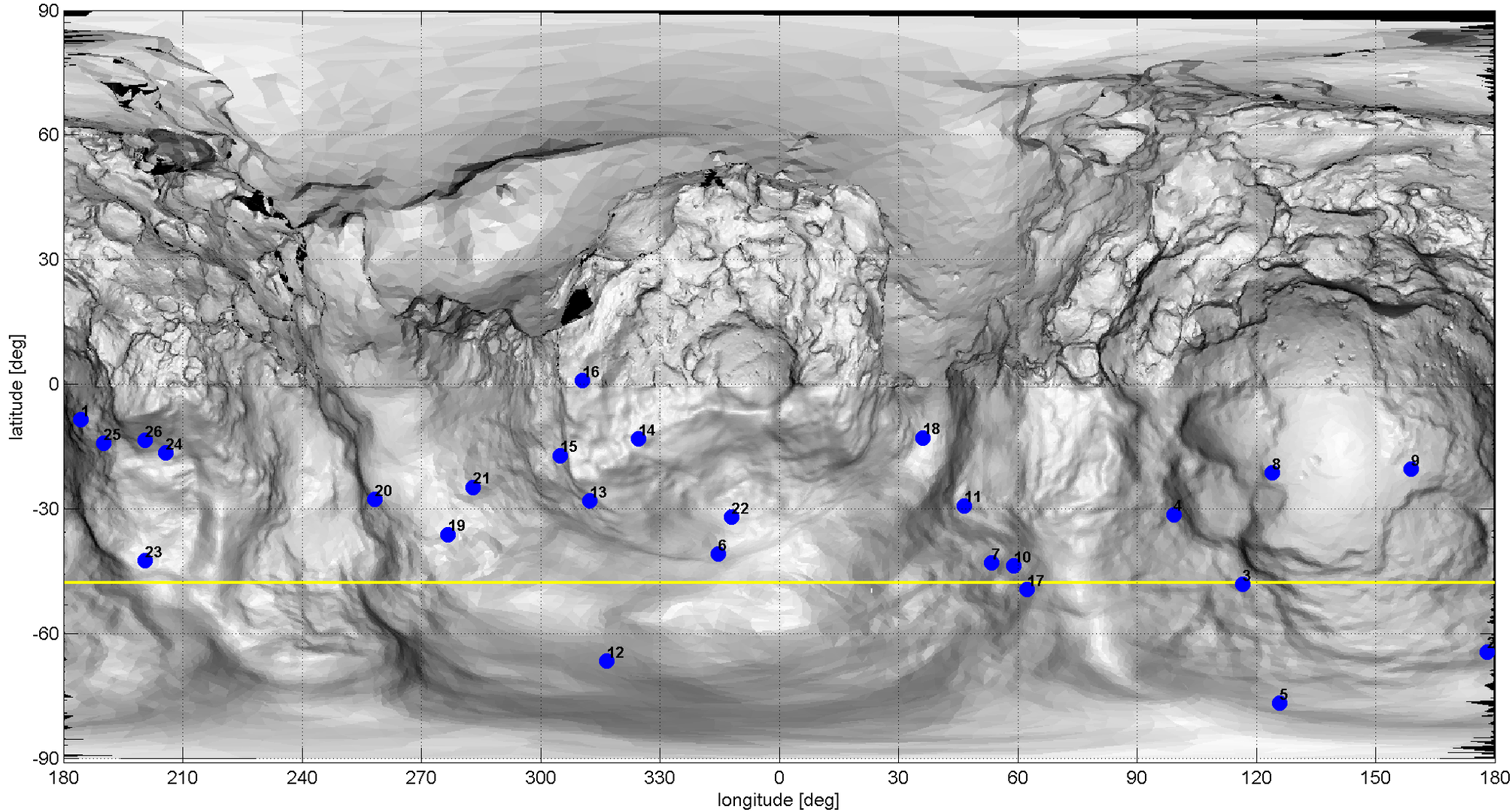 This is a projected map of Comet 67P/Churyumov–Gerasimenko using data from Rosetta’s OSIRIS camera. It is based on a cylindrical projection, a procedure that is routinely used to chart the surface of planets, moons and other (roughly) spherical celestial bodies.

The intricate appearance is caused by the unusual, double-lobed shape of this comet: the small lobe is shown at the centre of the map, while portions of the large lobe are shown to the left and right.

The blue points refer to possible origins, on the surface of the comet, of some of the dust jets recently observed by OSIRIS. The yellow line indicates the sub-solar line, which traces out the points on the surface where the Sun is directly overhead.