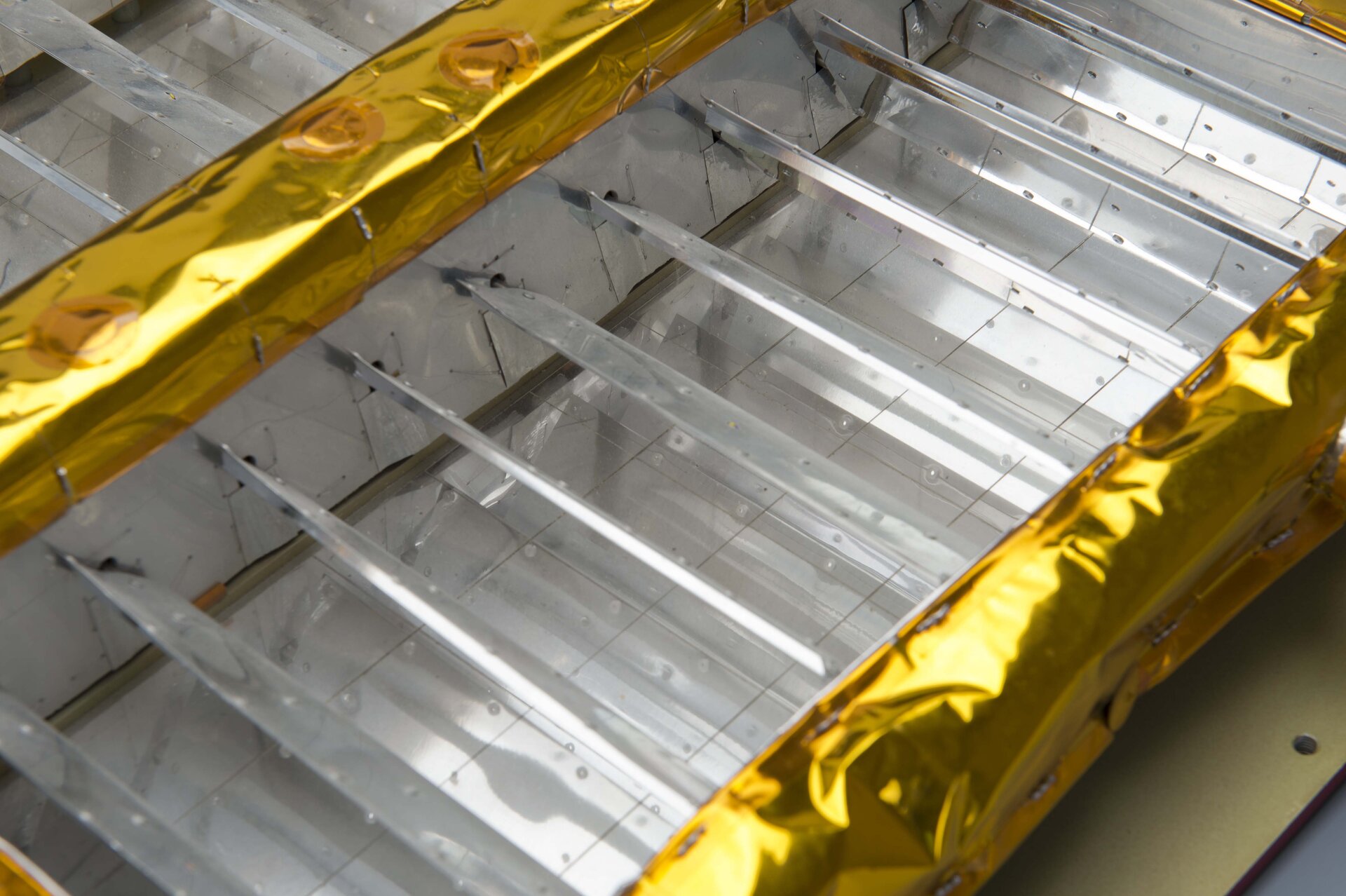 These might resemble venetian window blinds, but they are actually a key technology enabling ESA’s Rosetta spacecraft to travel safely from the Sun-warmed inner Solar System to the frigid expanse of the Asteroid Belt, then back again.

Rosetta is currently orbiting its target Comet 67P/Churyumov–Gerasimenko, whose orbit reached its closest point to the Sun on 13 August. But to make that rendezvous involved a decade-long odyssey of planetary flybys and wide temperature fluctuations.

At times Rosetta urgently needed to dump waste heat, while at other points heat became a precious resource, essential to keep the mission from freezing during its 31-month hibernation phase.

The solution was these thin reflective metal blades, known as louvres. In high temperature conditions they remain open to let heat radiate away, but in the cold they automatically close up instead.

Some 14 of these louvre panels cover 2.25 square metres of Rosetta, placed over its radiators across the side and back of the spacecraft. The louvres open and close on a fully passive basis, requiring no power to operate.

Instead they work on a ‘bimetallic’ thermostat principle. The blades are moved by coiled springs made up in this case of a trio of different metals that expand and contract at differing rates, precisely tailored to rotate as required.

Designed by Spain’s Sener company, the louvres were extensively tested by ESA’s Mechanical Systems Laboratory in advance of Rosetta’s 2004 launch. A test prototype is seen here.