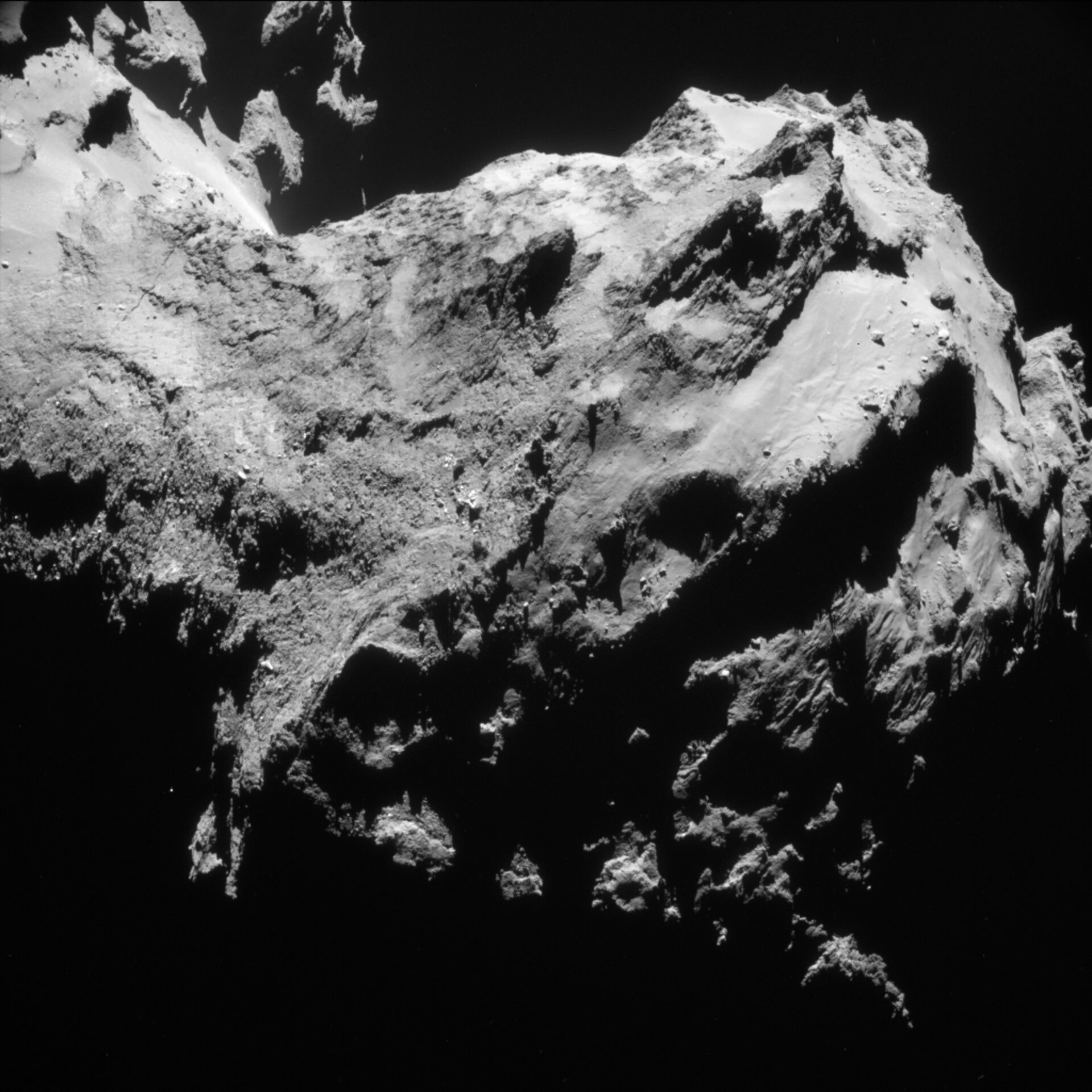 By mid-September 2014, Rosetta had entered orbit around Comet 67P/Churyumov–Gerasimenko at a distance of about 30 km, where it started making close observations of the comet’s surface. By the end of the month, it had moved to a 20 km orbit. During this period, Philae’s landing site was selected.

This image was acquired on 19 September at a distance of 28.3 km from the comet centre. The image scale is 2.4 m/pixel and the image measures 2.5 km across. It focuses on the small lobe and its transition into the smooth neck region, named Hapi, which can just be seen at top left.