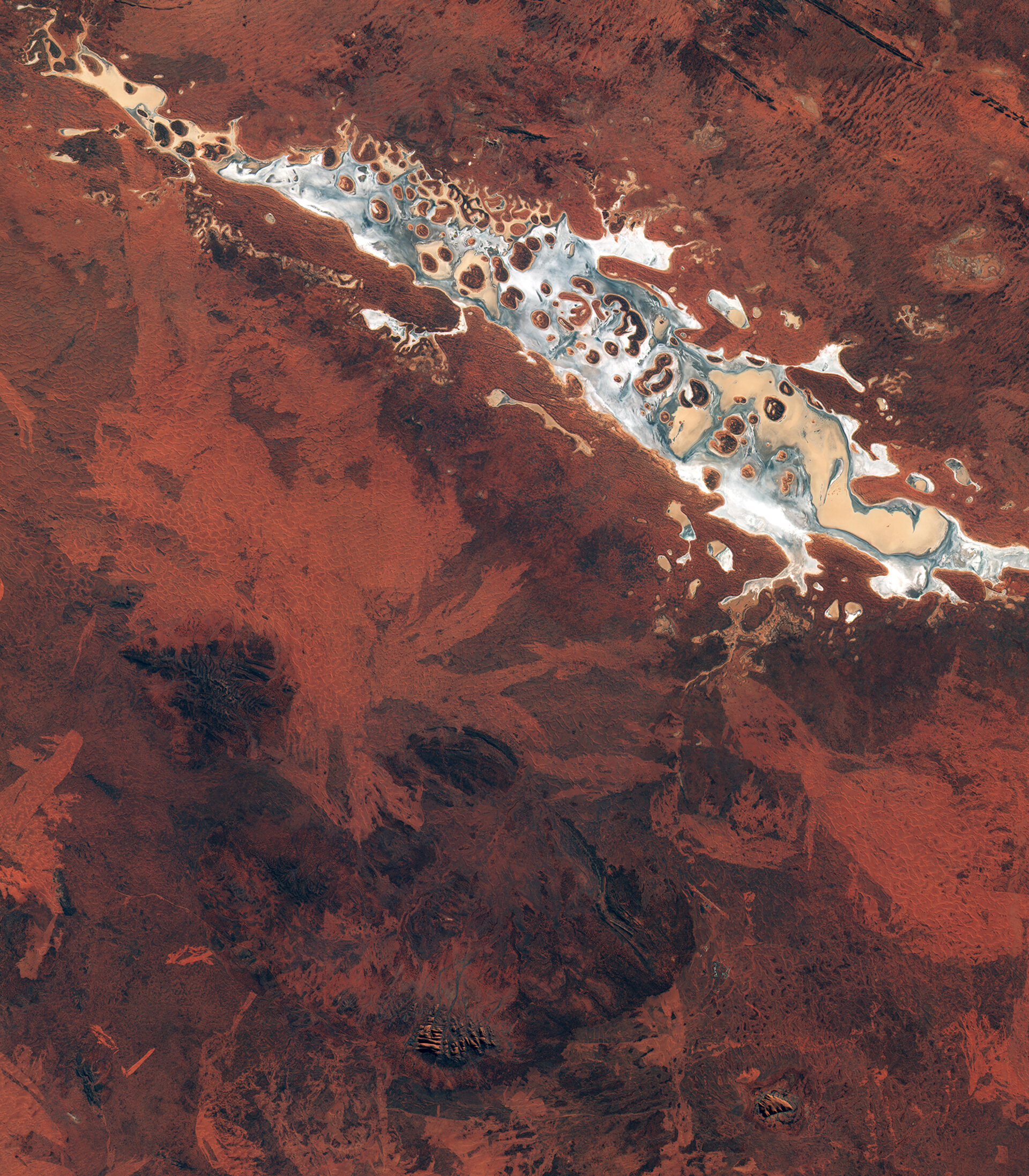 It shows the variety of the sandy, rocky and salty formations within the lake. Around 180 km long and 10 km wide, Amadeus is the largest salt lake in the Northern Territory, just 50 km north of Uluru/ Ayers Rock.

Lake Amadeus contains up to 600 million tonnes of salt. However, harvesting is not feasible because of its remote location.

Owing to the aridity of the area, the surface of Lake Amadeus is often a dry salt crust. When rainfall is sufficient, it becomes part of an east-flowing drainage system that eventually connects to the Finke River.

A UNESCO World Heritage Site and one of Australia’s most recognisable landmarks, Uluru/Ayers Rock is a large sandstone rock formation standing 348 m high, rising 863 m above sea level and with a circumference of 9.4 km.

Also clearly visible in the lower-central part of the image are the Petermann Ranges. These mountains run 320 km across the border between Western Australia and the southwest corner of the Northern Territory.

Their highest point is 1158 m above sea level. The range was formed about 550 million years ago as compression folded a section of Earth’s crust.