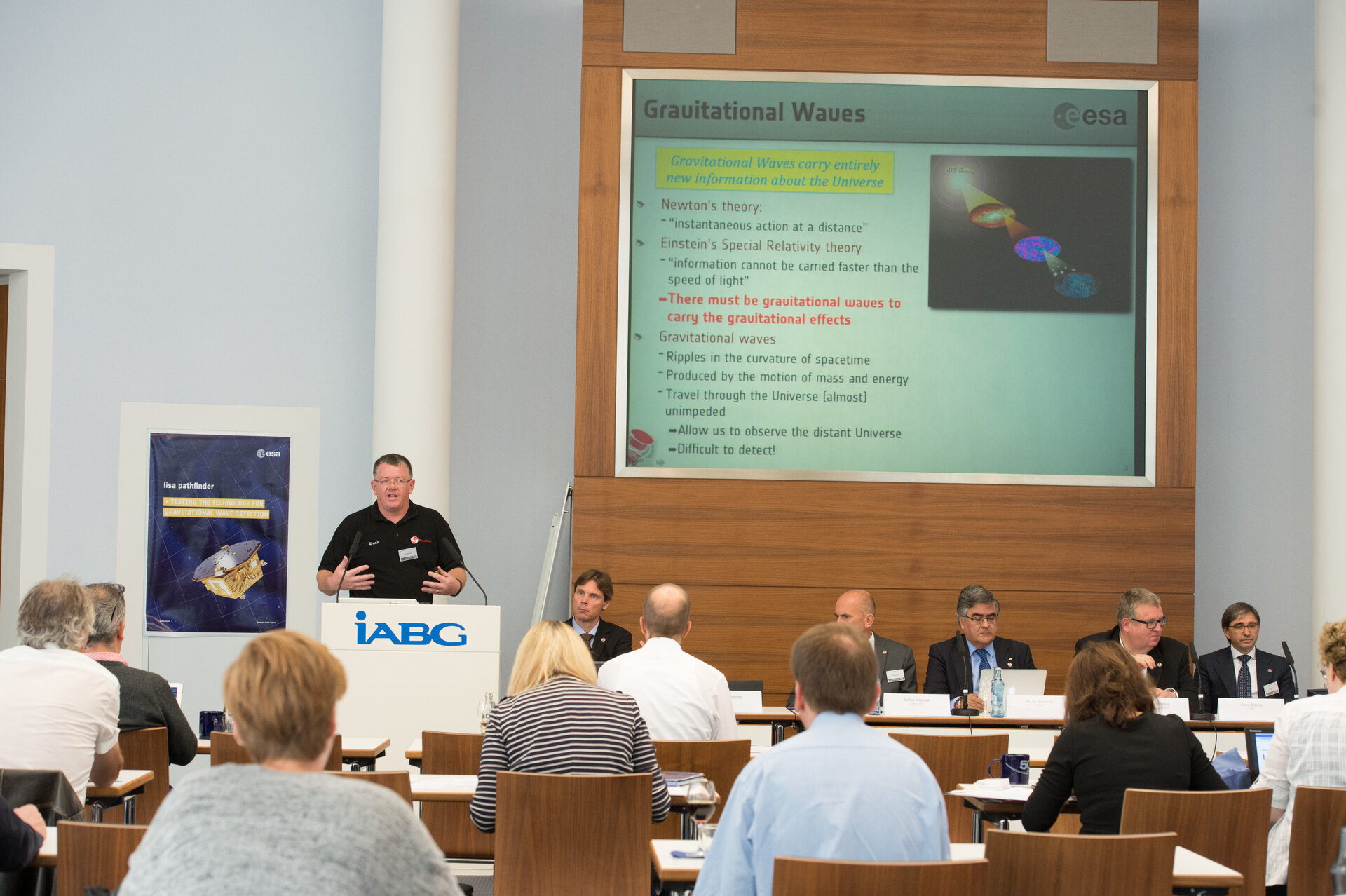 "LISA Pathfinder: A new way to look at our Universe" presentation at IABG’s space test centre

Paul McNamara, ESA LISA Pathfinder Project Scientist, during the "LISA Pathfinder: A new way to look at our Universe" presentation, at IABG’s space test centre in Ottobrunn, near Munich, Germany, on 1 September 2015, before it departs to the launch site.