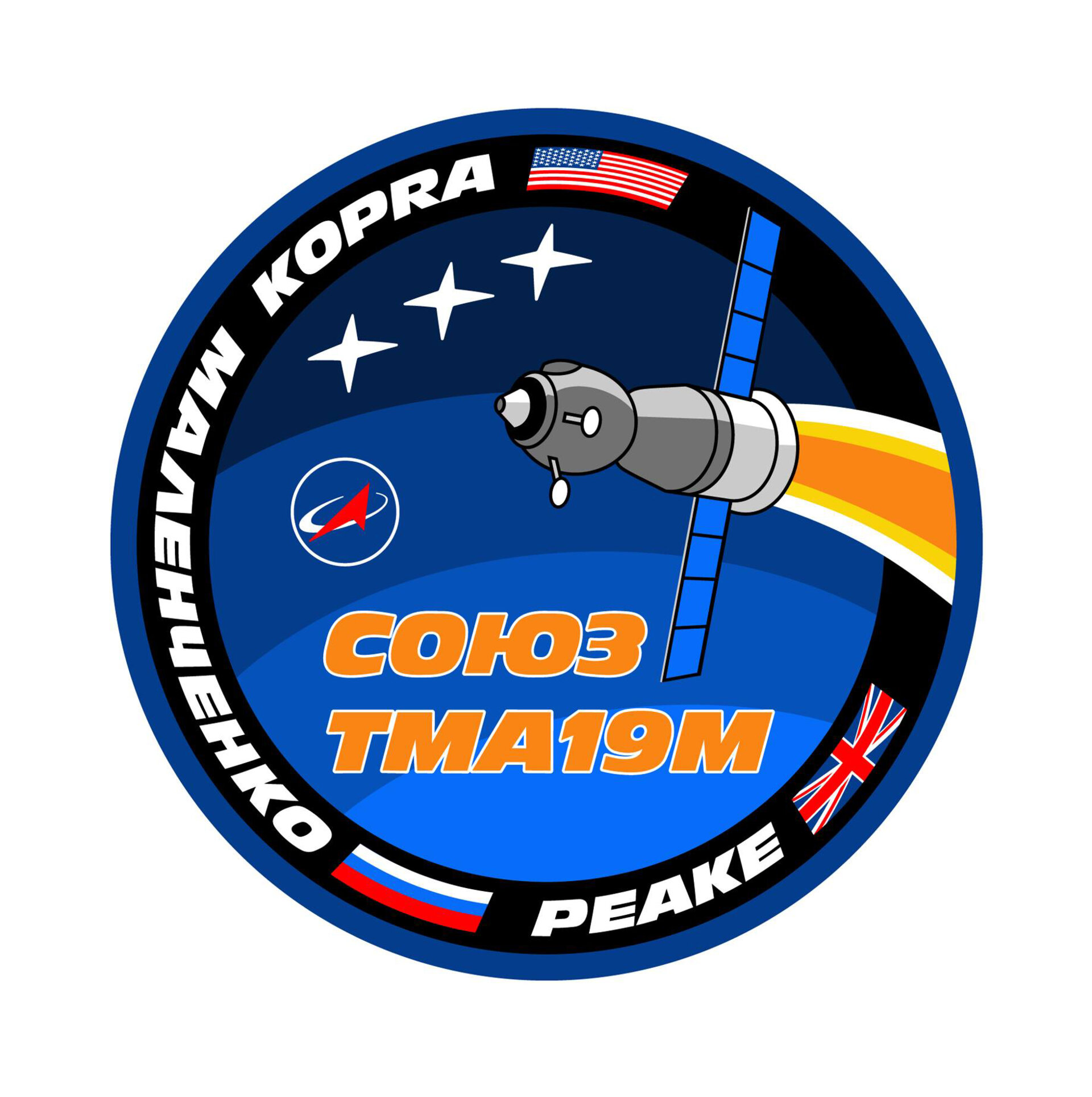 ESA astronaut Tim Peake (GB) is assigned to fly on the Soyuz TMA-19M spacecraft to the International Space Station, scheduled for December 2015 and as part of Expedition 46/47, with cosmonaut Yuri Malenchenko and NASA astronaut Tim Kopra. Tim, Yuri Malenchenko and Tim Kopra will transfer from Expedition 46 to Expedition 47, which is scheduled to begin with the departure of Soyuz TMA-18M in March 2016, and will be joined by cosmonauts Alexei Ovinchin and Oleg Skripochka and NASA astronaut Jeffrey Williams later that March.

The design for Soyuz TMA-19M was created by Luc van den Abeelen with the crew. This simple design shows a Soyuz reaching orbit over four shades of blue representing Earth's land, seas and  atmosphere and space, three stars represent the crew, and each crewmember's name is accompanied by their national flag.