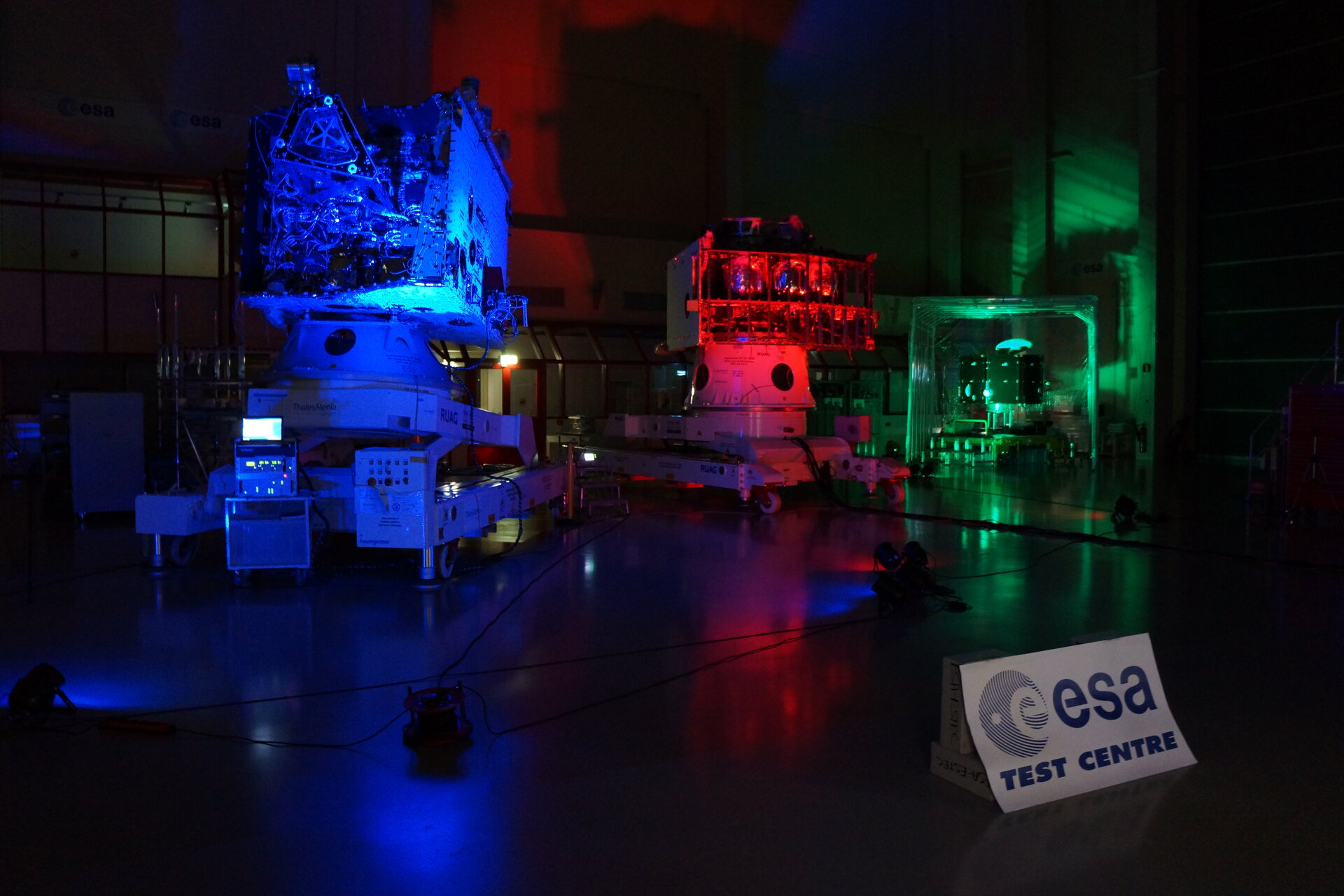 BepiColombo in the spotlight

BepiColombo is Europe’s first mission to Mercury. It will set off in 2017 on a journey to the smallest and least explored terrestrial planet in our Solar System, following in the footsteps of Mariner 10 and Messenger.

On 4 October, ESA’s ESTEC technical centre opened its doors to the public. On display that day were the two BepiColombo orbiters and the electric propulsion module.

This photograph shows BepiColombo literally in the spotlight. On the left, lit in blue, is ESA’s Mercury Planetary Orbiter, which will study the surface and internal composition of the planet. In the centre, under the red spotlight, is the Mercury Transfer Module, also provided by ESA, which will carry the two orbiters to their final destination. Completing the trio is Japan’s Mercury Magnetospheric Orbiter, glowing green, which will study the planet’s magnetic field.

All three were displayed behind glass within the cleanroom conditions of the Test Centre, where they are being tested.