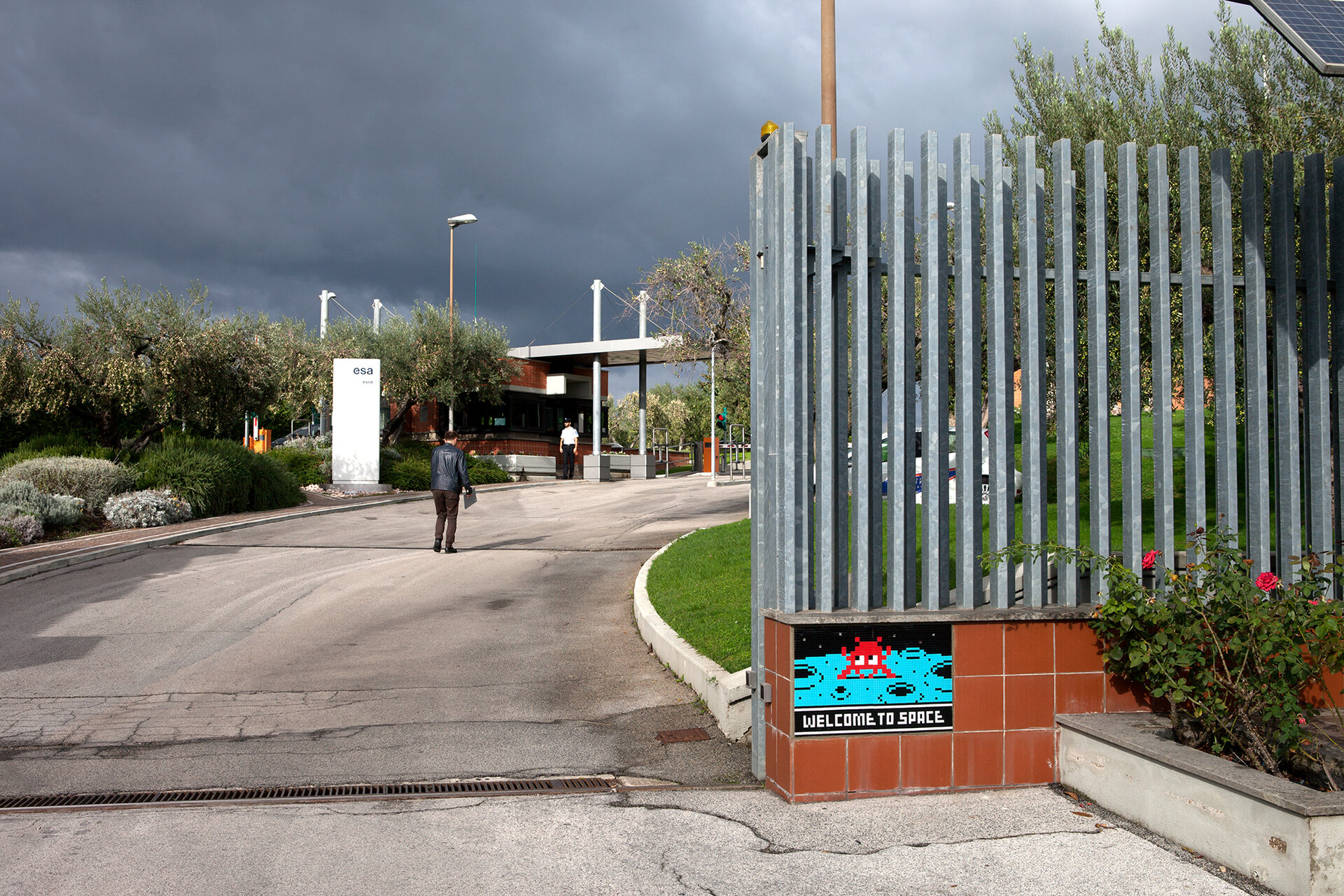 The entrance gate at ESA’s ESRIN Earth observation centre near Rome, Italy, with recently installed mosaic art. French artist Invader is installing his art at ESA establishments around Europe and even on the International Space Station.

ESA has been monitoring Earth with its environmental satellites since the 1970s, keeping a constant watch over our planet by analysing satellite data to protect our environment.

The first space invader mosaic art was found by ESA astronaut Samantha Cristoforetti during her mission on the International Space Station. She installed ‘Space2’ in Europe’s Columbus space laboratory. Since then, space-themed art has appeared at the European Astronaut Centre in Cologne, Germany, at our Redu Centre in Belgium, our space operations centre in Germany and ESA’s technical heart in the Netherlands, and it even took over our headquarters in Paris, France.