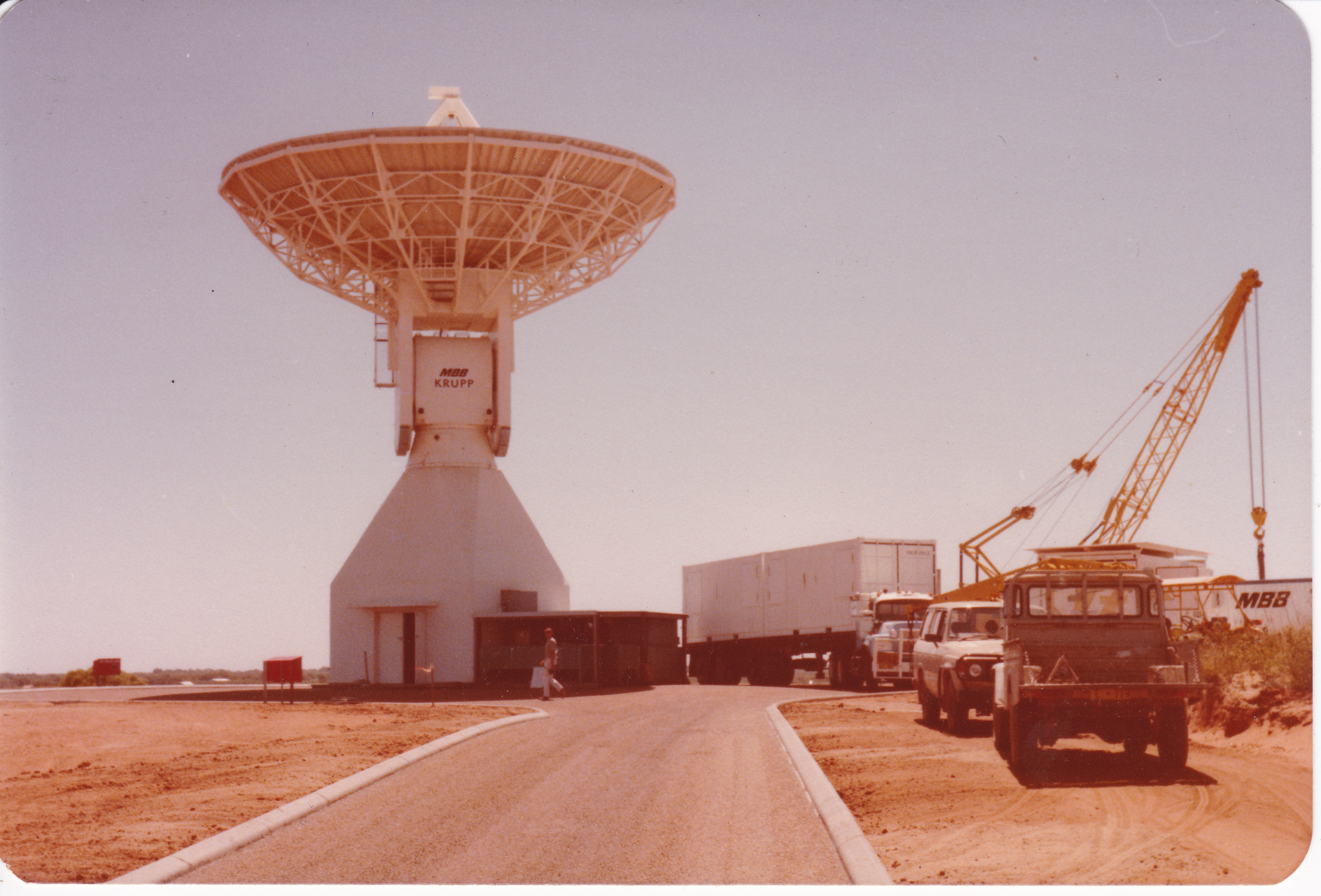 Upon completion of initial Giotto support in 1987, and with the pending closure of Carnarvon, the Overseas Telecommunications Commission (OTC(2); which later became Telstra), the Australian telecommunications company owning the Carnarvon Station and also providing the local operations and maintenance (O&M) services for ESA, disassembled, relocated and re-commissioned the entire facility, including the antenna, at the Perth International Telecommunications Centre (PITC), near the city of Perth, Western, Australia.