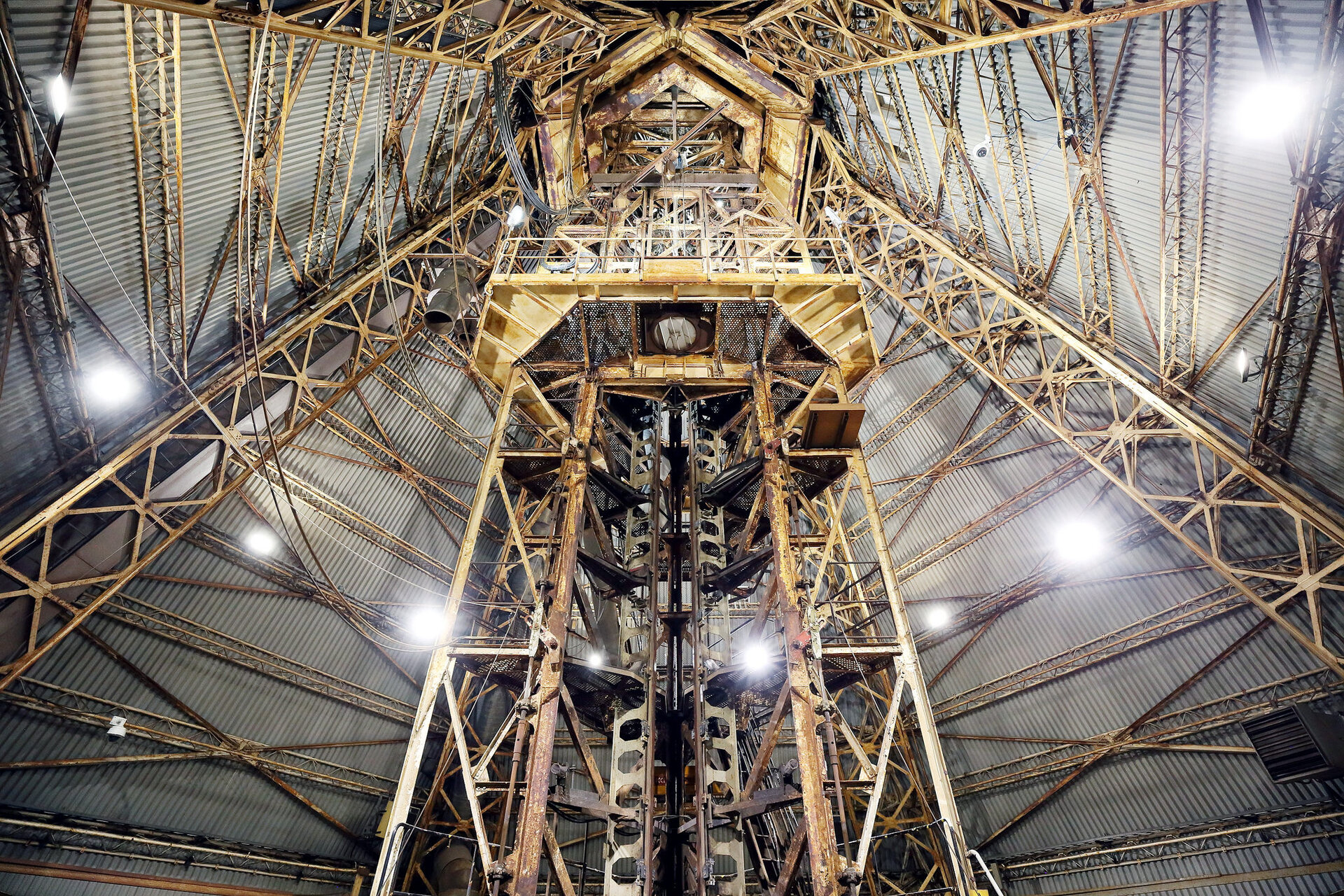 An interior view of a launch tower for suborbital rockets at Esrange, near Kiruna in Sweden. ESA launches sounding rockets from here to run experiments in microgravity as they climb to heights of 270 km before returning to Earth, offering six minutes of weightlessness in the process.

The latest launch was in December 2015 on the 13th Maser rocket, with the next campaign scheduled in November.

The advantages of launching from inside a heated tower, as opposed to transporting a rocket to an open pad, is to protect the vehicle and payload from the elements. Protecting experiments from freezing can be important 145 km north of the Arctic Circle, especially for research involving fluids.

The weather conditions are extremely important for a launch from Kiruna so Esrange has its own meteorology towers, and a series of weather balloons is released before every firing to assess the winds at high altitude.

The complete rig can be rotated and inclined because the Maser rocket has to be launched with the wind. As the solid propellant burns, the rocket’s centre of mass rises and the wind pushing on the base curves the vehicle’s path into the wind.

Mission control needs to judge the weather accurately and fine-tune the launch angle before giving a go for liftoff.

The accuracy of their calculations is important to get the best weightless conditions for the experiments at the top of the flight path, well above the atmosphere. It also makes sure the experiments parachute down inside the designated safe zone for quick retrieval by helicopter.

The vertical opening in this picture guides the rocket’s three fins to set it on course.

The impact area to the north is unpopulated except during hunting and reindeer herding seasons, when Esrange coordinates with the local Sámi people to put all launches on hold.