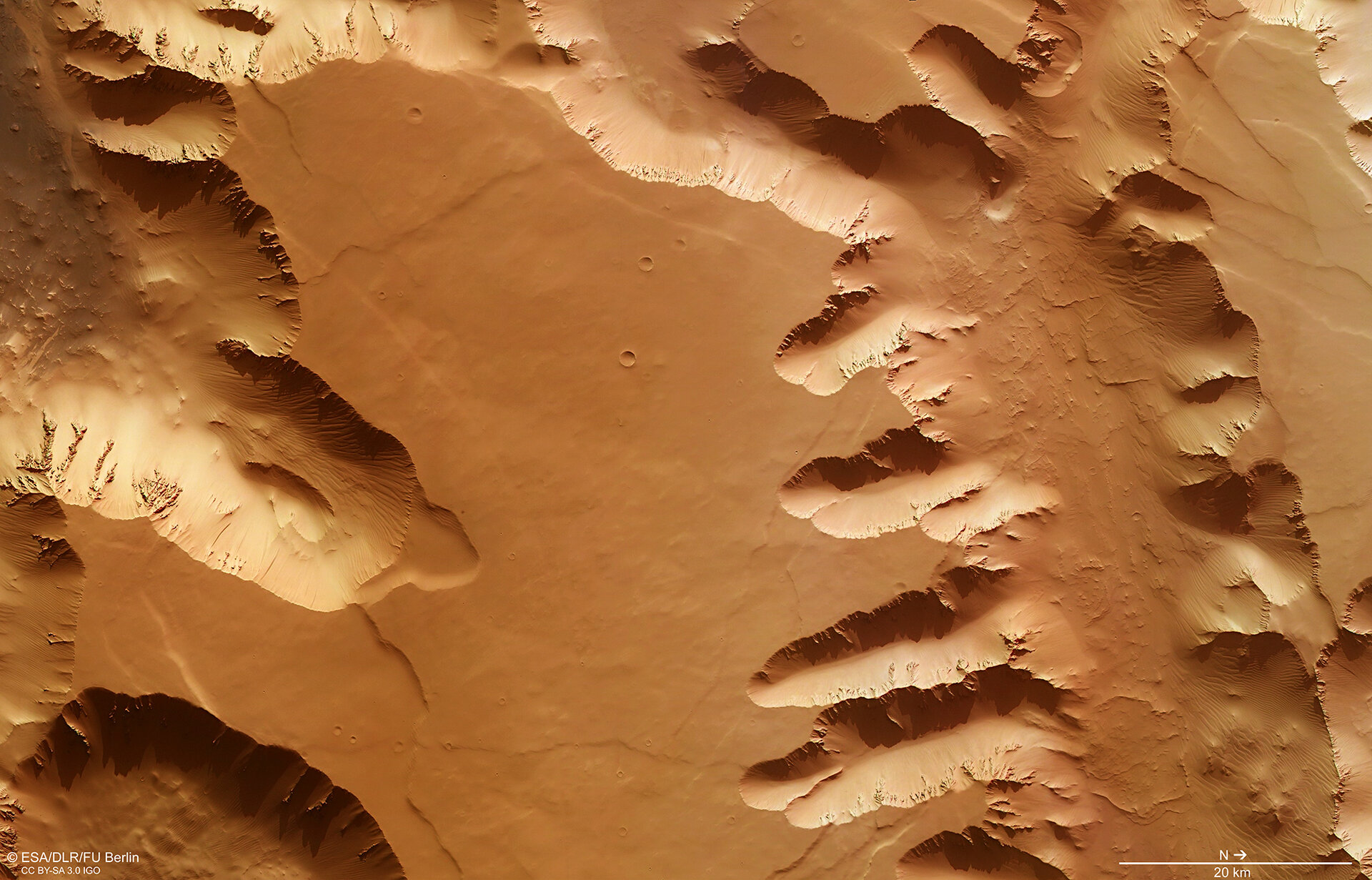 A small portion of the vast Noctis Labyrinthus region, part of a complex graben system relating to volcanic activity in the Tharsis region. As the crust bulged it stretched apart nearby terrain, ripping fractures several kilometres deep and leaving blocks stranded within the resulting trenches.

This particular scene focuses on one such flat-topped block etched with landslides, and on the wind-blown dunes in the floor of the surrounding trench and valley walls. The flanks of the raised unit and valleys appear to be covered by thick dust deposits. In the lower right part of the image wind has accumulated the dust into dune fields, partly lifting them onto the plateau.