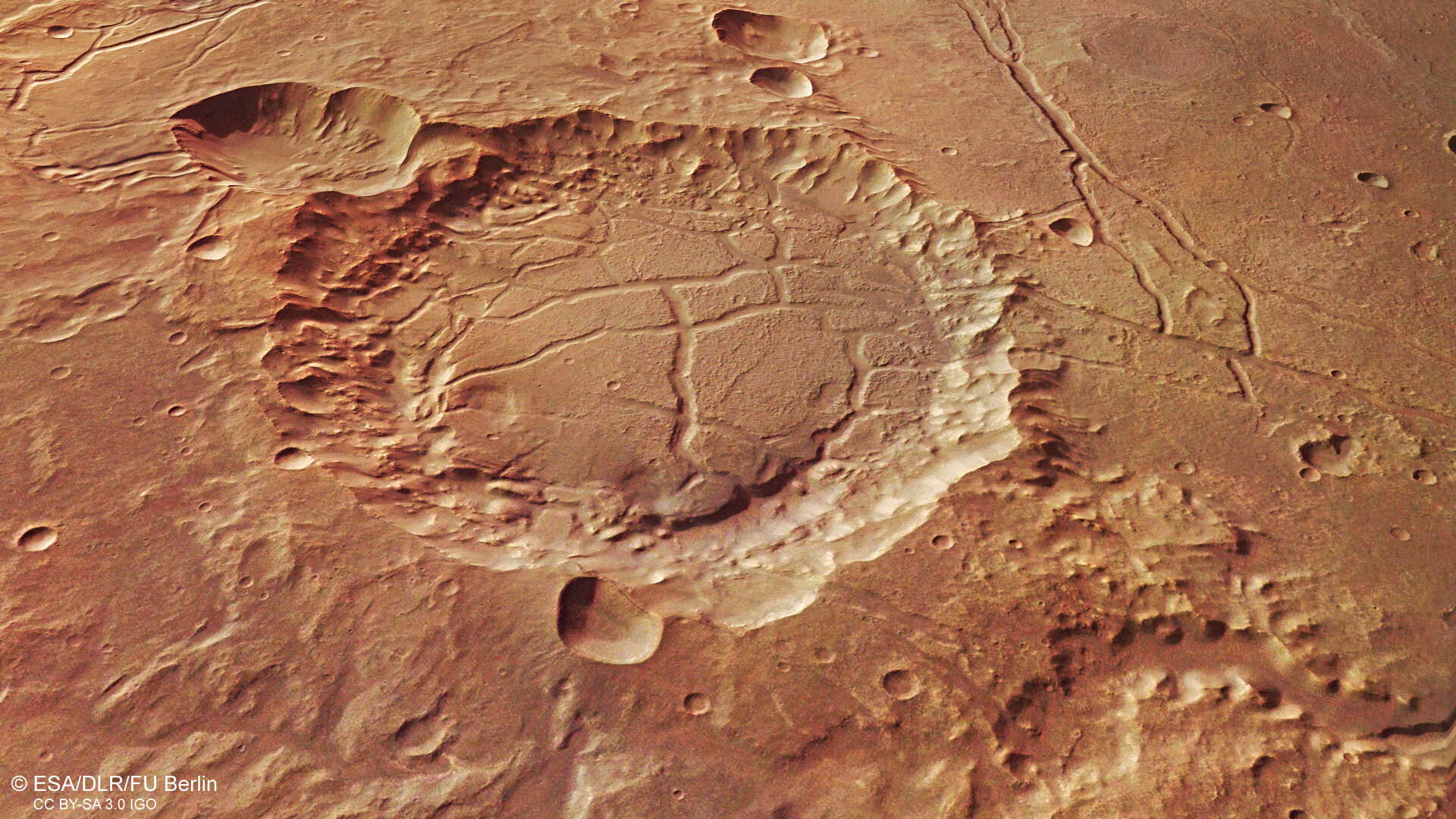 This perspective view in Arda Valles was generated from the main camera’s stereo channels on ESA’s Mars Express. The image focuses on a 25 km-wide impact crater filled with sediments, that have subsequently collapsed into chaotic terrain. The jumbled nodules in the crater rim probably indicate the former level of the infilling sediments.

A number of fracture-like features appear to extend out to the smoother basin floor to the right. They could be a later manifestation of stresses due to subsidence or compaction of surface materials.