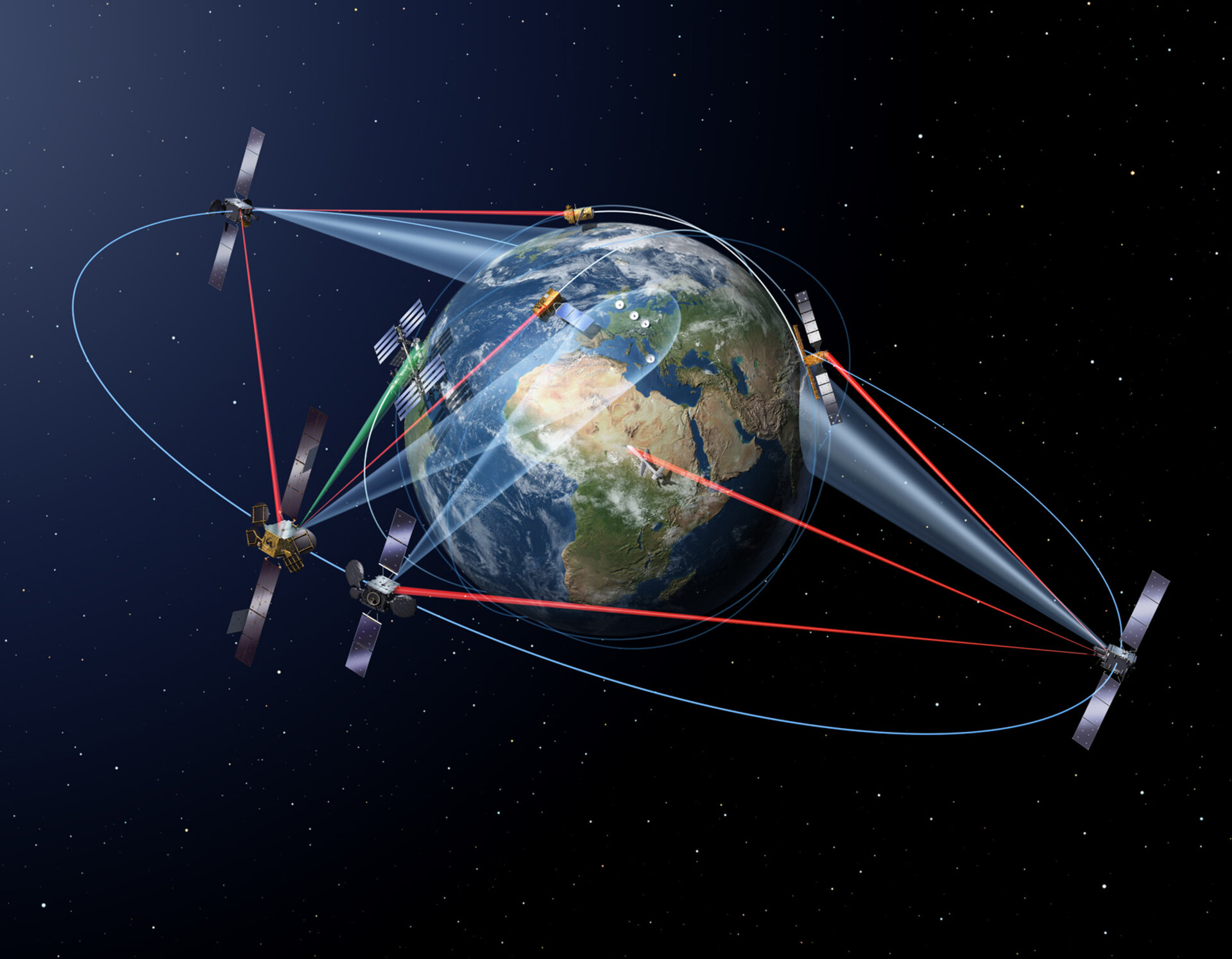 The European Data Relay System (EDRS) is a public-private partnership between ESA and Airbus Defence and Space. It uses advanced laser technology to relay information collected by lower orbiting satellites to the Earth via geostationary nodes.

The initial two European Data Relay System space nodes comprise the first phase of a future satellite relay network that will be able to transmit information from any part of the world to another. The programme evolution is called EDRS Global (formerly GlobeNet); an extension of the EDRS programme. The first two geostationary nodes relay data from low-orbit satellites to Europe, Africa and the Atlantic. EDRS Global will expand EDRS to worldwide coverage by placing satellites over other continents and oceans such as Asia, the Pacific and the Atlantic.

It is key to fostering enhanced optical capabilities in the form of even higher data rates and reducing integration obstacles by designing lighter, compact and more efficient terminals, particularly for smaller satellites and Remotely Piloted Aircraft Systems.

EDRS Global allows information gathered by low-orbiting satellites and unmanned aircraft to be sent anywhere on Earth in quasi-real time. It does this by passing the information between the geostationary nodes via laser, and downlinking to the ground.