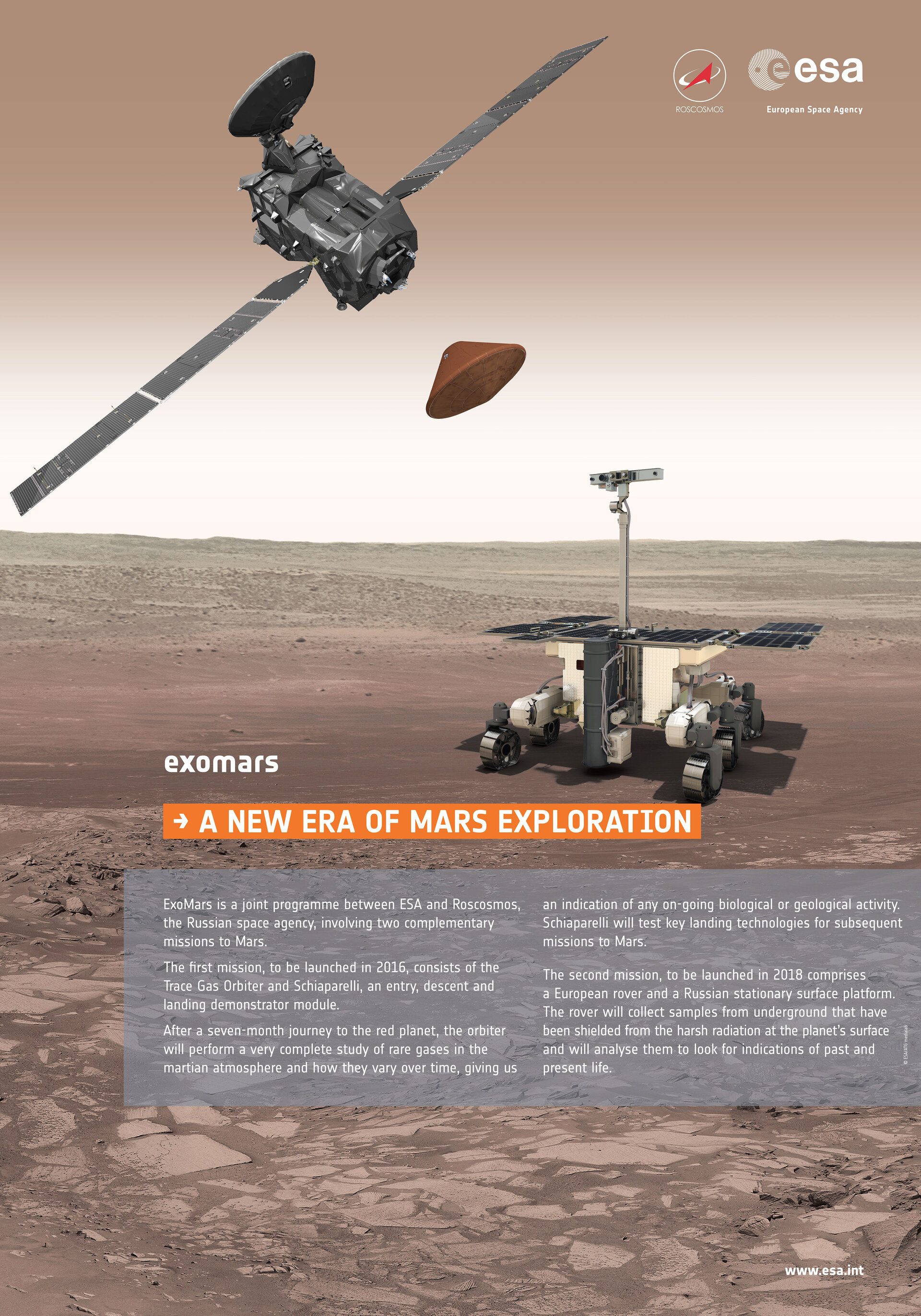 A new era of Mars exploration

ExoMars is a joint programme between ESA and Roscosmos, the Russian space agency, involving  two complementary missions to Mars.

The first mission, to be launched in 2016, consists of the Trace Gas Orbiter and Schiaparelli, an entry, descent and landing demonstrator module.

After a seven-month journey to the red planet, the orbiter will perform a very complete study of rare gases in the martian atmosphere and how they vary over time, giving us an indication of any on-going biological or geological activity.   Schiaparelli will test key landing technologies for subsequent missions to Mars.

The second mission, to be launched in 2018 comprises a European rover and a Russian stationary surface platform.  The rover will collect samples from underground that have been shielded from the harsh radiation at the planet’s surface and will analyse them to look for indications of past and present life.