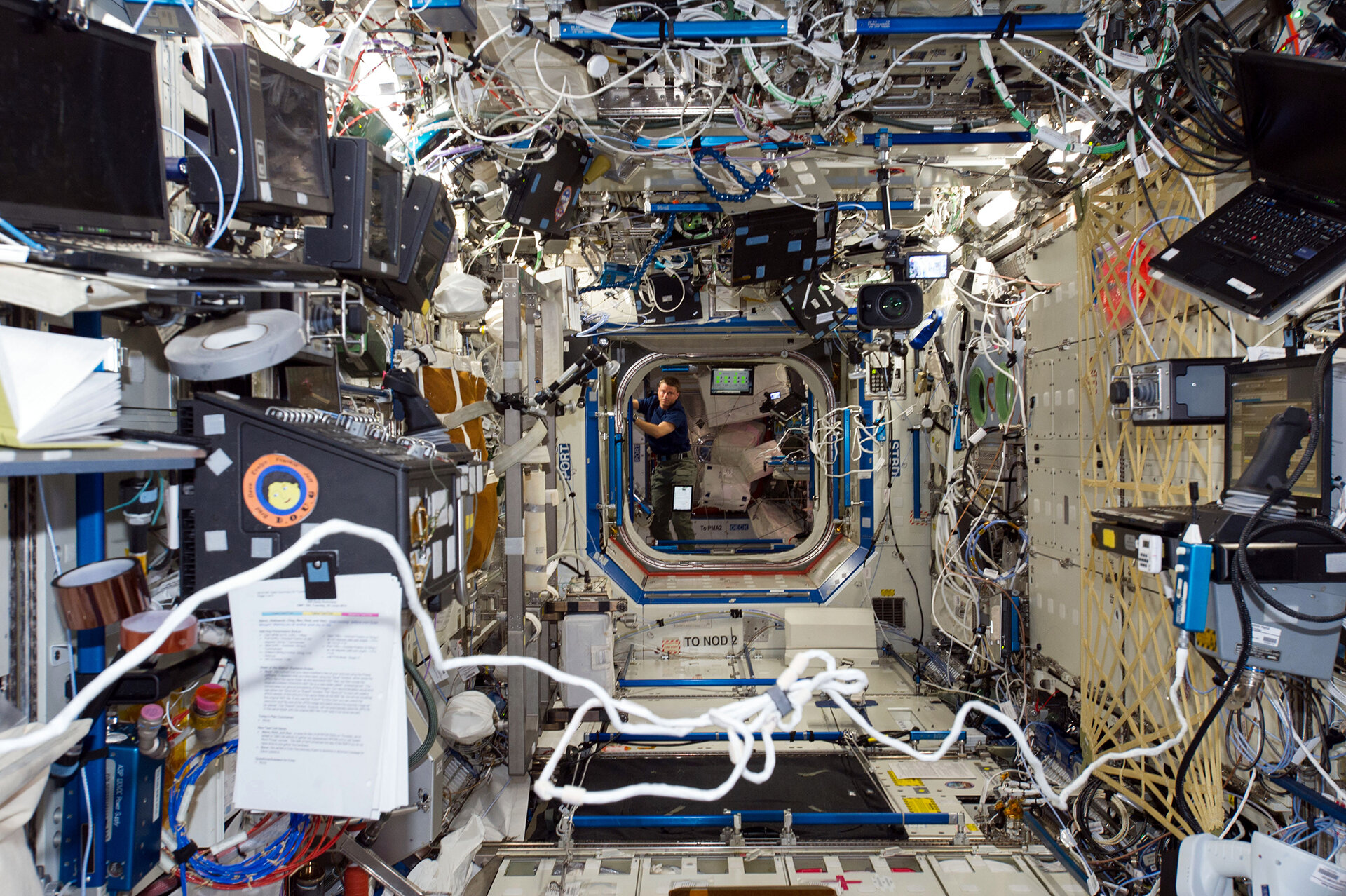 A view of the International Space Station's Destiny module taken by ESA astronaut Alexander Gerst during his six-month Blue Dot mission in 2014. NASA astronaut Reid Wiseman can be seen cleaning the Space Station, a chore all astronauts do every Saturday.

Launched on 7 February 2001 on Space Shuttle Atlantis, the American module is the heart of the non-Russian part of the Station according to ESA astronaut Samantha Cristoforetti. The module allows experiments to be performed in many disciplines, from biology to physics, and includes a rack for burning liquids in weightlessness and the European Microgravity Science Glovebox.