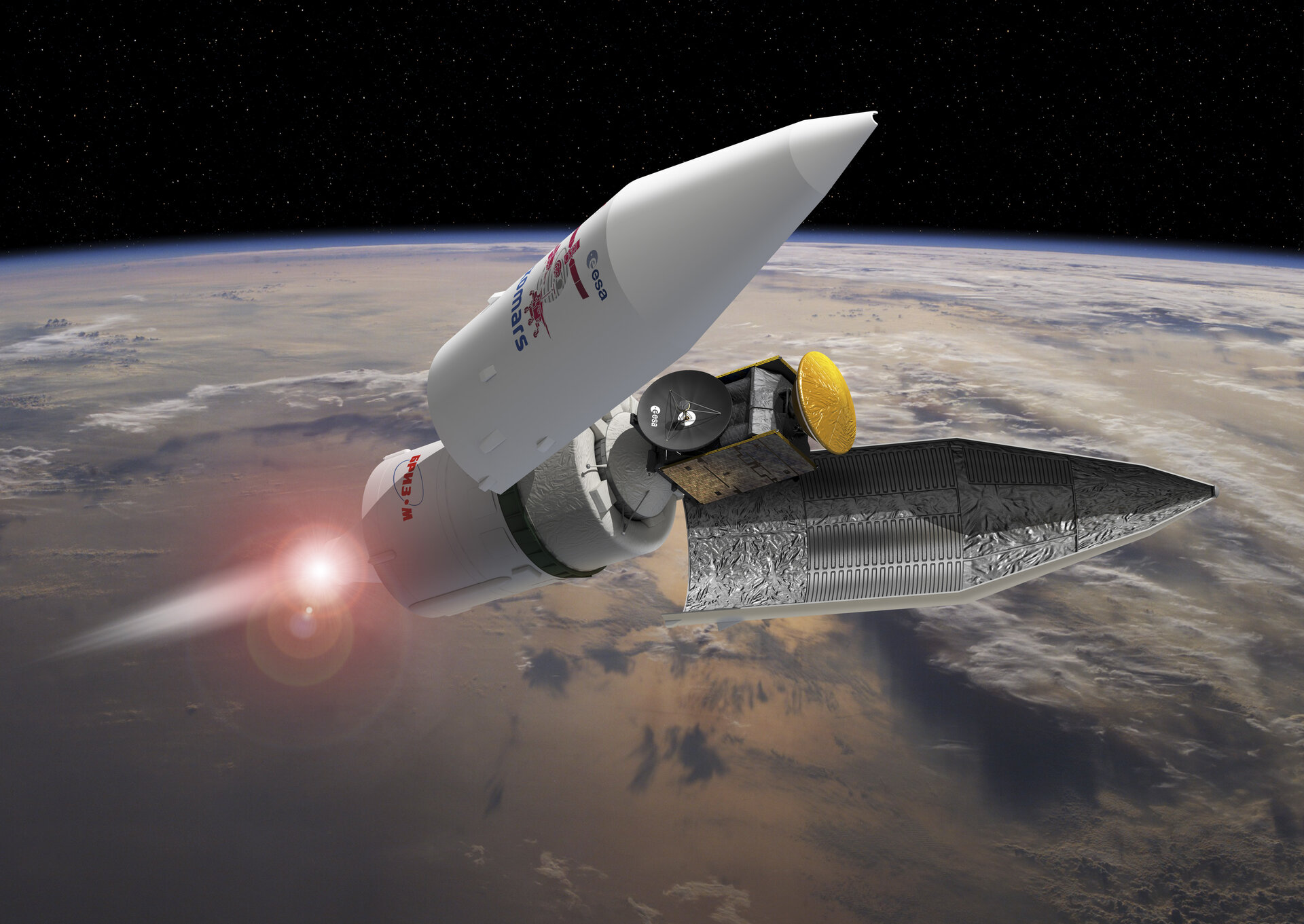 The separation of the payload fairing during the ExoMars 2016 launch sequence. The Trace Gas Orbiter and the Schiaparelli entry, descent and landing demonstrator module can be seen as the fairing falls away.

ExoMars 2016 entry, descent and landing demonstrator module, named Schiaparelli, on the Trace Gas Orbiter, will be launched in 2016. It will search for evidence of methane and other atmospheric gases that could be signatures of active biological or geological processes on Mars. TGO will also serve as a communications relay for the rover and surface science platform that will be launched in 2020.