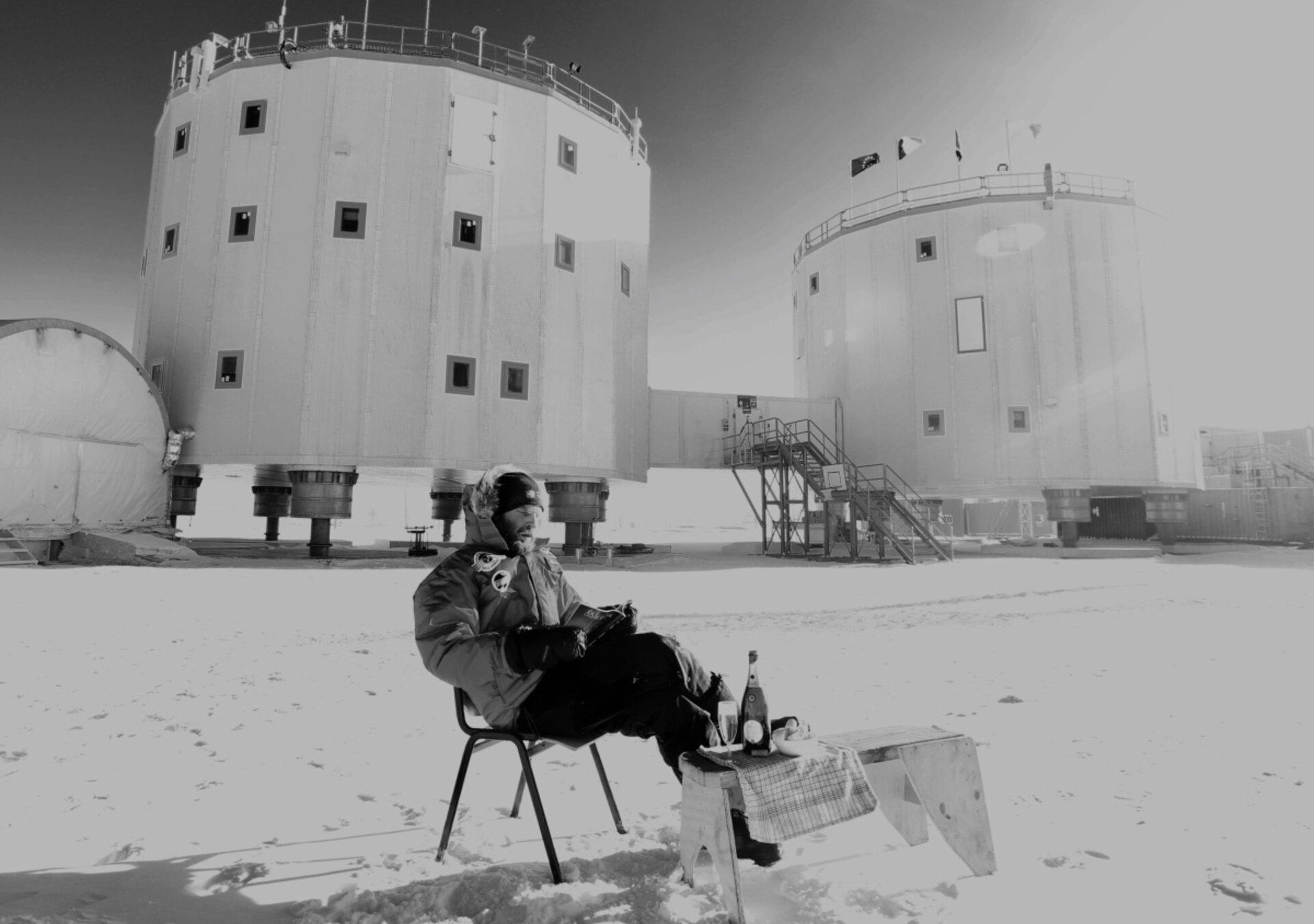 ESA-sponsored medical doctor Floris van den Berg scans the horizon and contemplates life at Concordia research station in Antarctica during a freezing picnic. No arrivals will appear on the horizon for nine months – the winter months in Antarctica are too extreme for supplies or people to travel to the remote base, and the closest neighbour is 560 km away.

This outside picnic allows Floris to soak in some last rays of Sun and get some much-needed Vitamin D. Concordia’s location almost 2000 km from the South Pole means that its inhabitants do not see the Sun for four months during the winter.

Twelve people will do scientific research and keep the station running in one of the coldest places on Earth – temperatures regularly drop to –80°C. The extreme isolation, cold and location make Concordia an ideal place to perform research in many scientific domains, from glaciology and seismology to astronomy and climate research.

Floris’ task is to investigate the crew themselves – spending a year in Concordia has parallels to spending months in a spacecraft and ESA is interested to see how body and mind adapts to the extremes. From testing spacecraft-piloting skills to assessing mood and running CT-scans to chart bone loss, Floris will be running experiments for researchers elsewhere, just like an astronaut on the International Space Station.

Read more about the Floris and the crew on the Chronicles of Concordia blog.