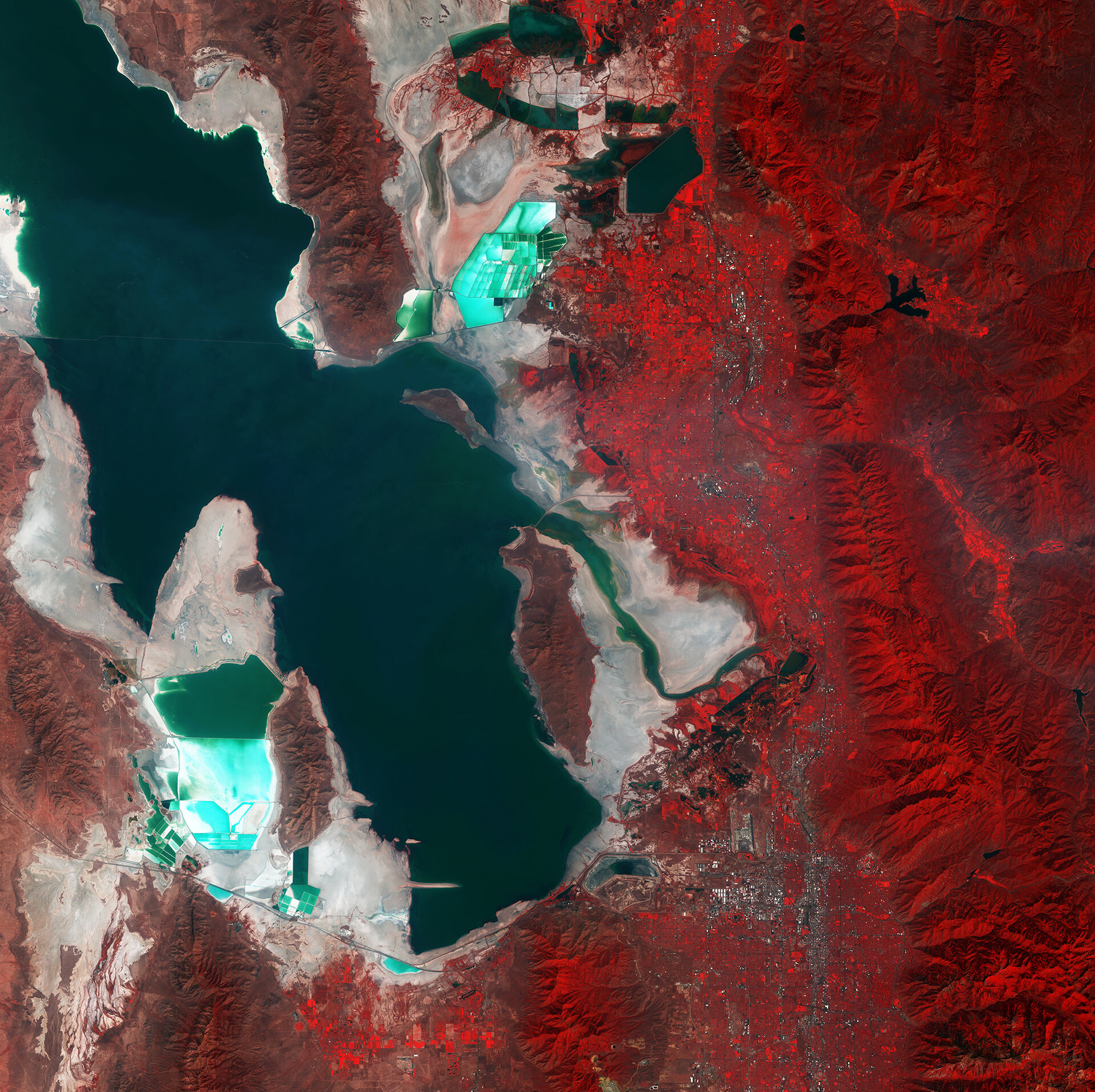 In this false colour image from 20 August, Sentinel-2A brings us to Utah’s Salt Lake City and surroundings.

Utah’s capital in the United States, Salt Lake City, sits at 1300 m, bordered by the waters of the Great Salt Lake and the peaks of the Wasatch Range, which rise over 1.6 km above the Salt Lake valley floor.

The Great Salt Lake, partly visible on the left side of the image, is the largest salt-water lake in the Western Hemisphere. Owing to its shallowness, its size shifts substantially. The lighter blue areas denote solar evaporation ponds at the edges of the lake, which produce salts and brine.

The lake contributes an estimated $1.3 billion annually to Utah's economy, comprising the harvesting of brine shrimp, industry in mineral extraction, and recreation.

Although it has been referred to as "America's Dead Sea”, the lake provides habitat for millions of native birds, brine shrimp, shorebirds and waterfowl.

In 1904, the Southern Pacific Causeway was built to create a shorter route across the lake, visible across the top part. This acts as a dam, where the northern end of the lake became more saline than the southern end.

To appreciate this better, we can compare the natural colour composite of the same area. Using this band combination the variations in the water are more evident, however, the drawback is that we lose the efficiency of the infrared band in monitoring vegetation.

The mountains and several parks appear in varying shades of red, owing to this false-colour band combination. This indicates how sensitive the multispectral instrument on Sentinel-2A is to differences in chlorophyll content, providing key information on vegetation health.

The scattered greys and whites visible along the centre of the image are the City of Salt Lake, home to some 190 000 people and to important mining operations in its surroundings, which produce copper, gold, platinum, silver, lead, and zinc among others, along with various salts from the lake.