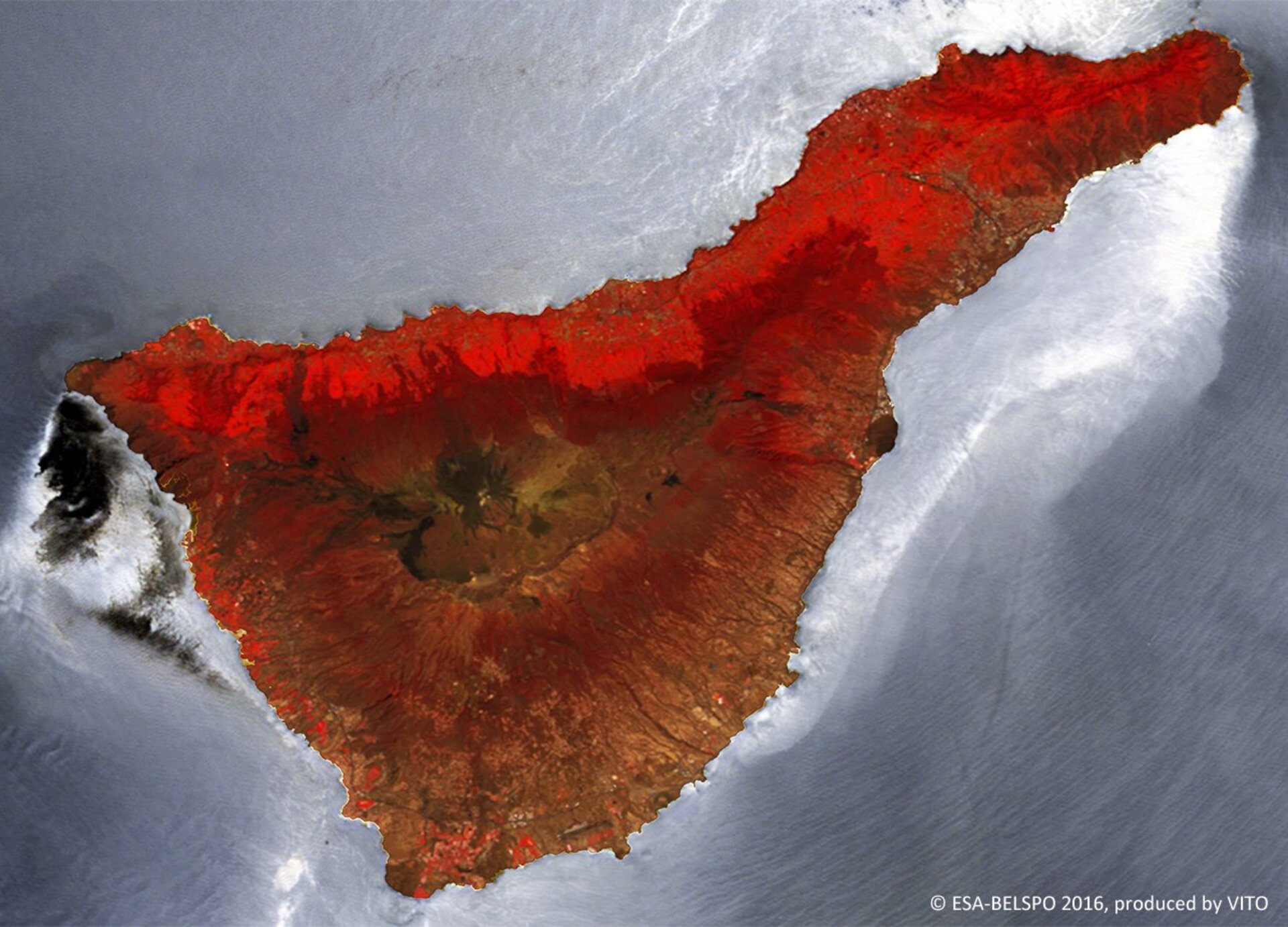 A false-colour image of the Atlantic island of Tenerife, as seen by ESA’s Proba-V minisatellite.

The largest of the Canary Islands, Tenerife next week hosts the annual Conference on Big Data from Space.

Taking place on 15–17 March, the conference will focus on the massive amounts of data made available to researchers from Earth observation systems – Proba-V itself, for example, images the whole of Earth’s land surface every two days – along with data management and information extraction breakthroughs.

Acquired on 2 May last year, this 100 m-resolution image shows how Tenerife is dominated by its El Teide volcano, the highest mountain on Spanish territory.

Built-up areas are visible around the coastline. For instance, the capital city of Santa Cruz de Tenerife to the southeast, the harbour city of Puerto de la Cruz to the north and Tenerife South airport at the southern tip. Along the southeast coastline can be seen the dark spot of the Badlands of Guimar, consisting of a volcanic cone and several lava flows.