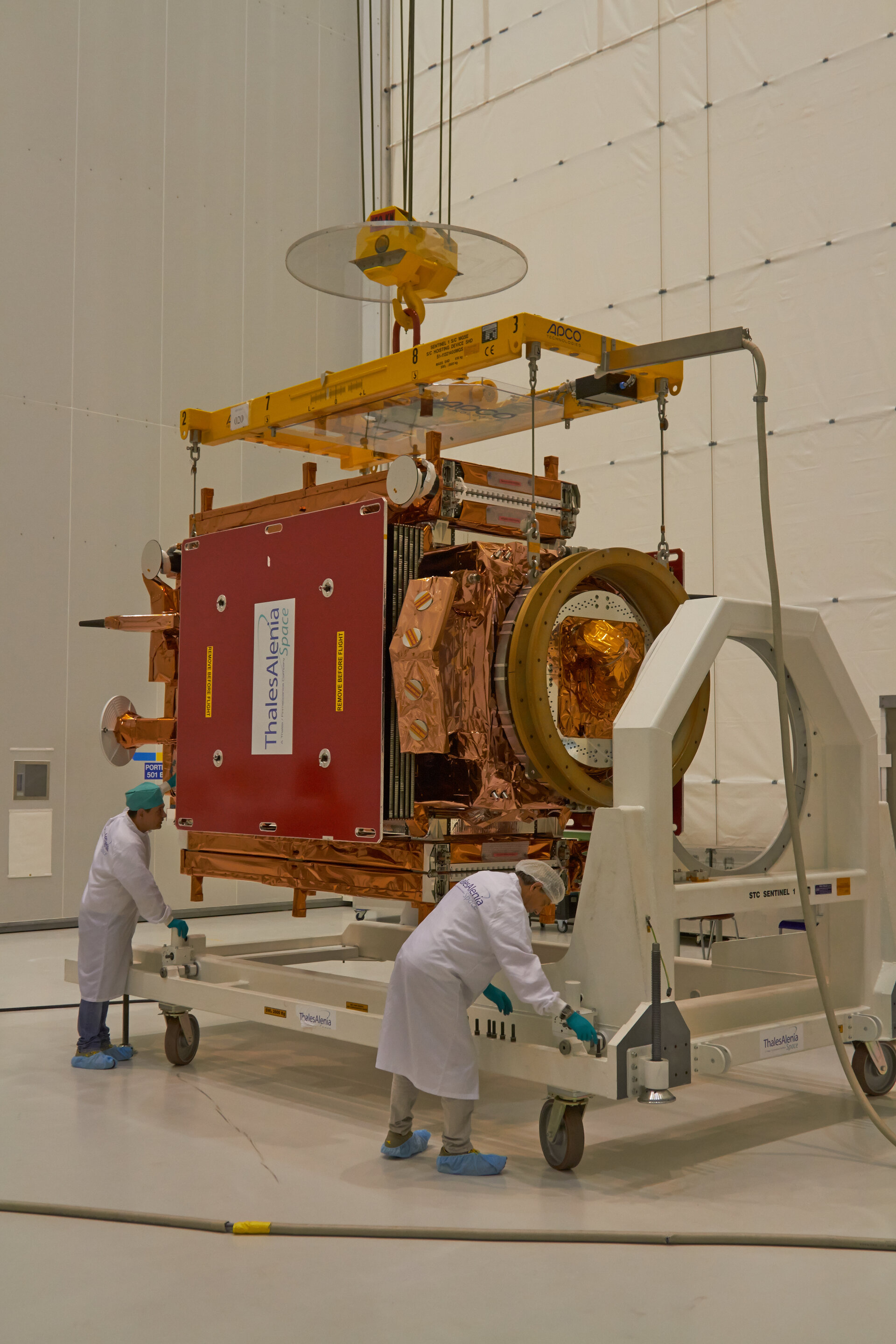 The Sentinel-1B satellite is moved to the fuelling and integration facility at Europe's Spaceport in Kourou, French Guiana, where it is being prepared for launch on 22 April 2016.