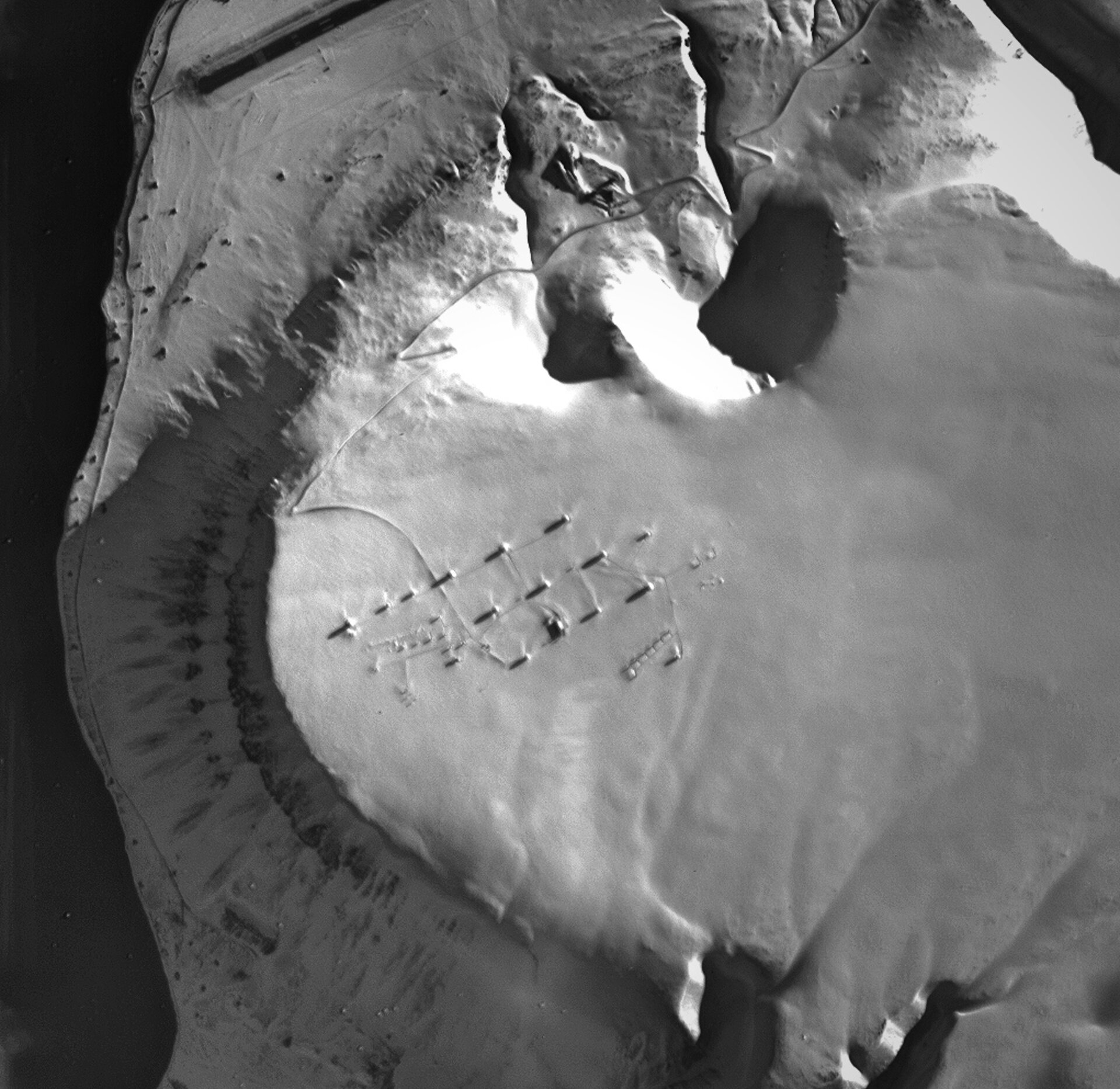 Long shadows cast across the snow give a frosty view of the covered domes of Europe’s most northerly ground station, as seen by the smallest camera on ESA’s veteran Proba-1 minisatellite.

The Svalbard Satellite Station sits on the island of Spitsbergen in the Norwegian archipelago of Svalbard in the Arctic Ocean. Operated by Kongsberg Satellite Services, it is the world’s largest commercial satellite ground station.

Located halfway between mainland Norway and the North Pole, Svalbard can track all 14 daily passes of polar-orbiting satellites, and has performed downlink duties for numerous ESA Earth-observing missions up to the present day.

It is an also an important site for Europe’s Galileo navigation satellites, hosting a sensor station to monitor signal quality and an uplink station to transmit navigation message updates to the satellite fleet.

In addition, Svalbard hosts one of Europe’s three terminals for relaying distress beacons detected by Galileo and other satellites to regional search and rescue services.

Note the slice of airstrip, cleared of snow, at the top of the image. Also free of snow is the road to the station, which stands 400 m above the airstrip. The island power plant can also be seen along the road. The Global Seed Vault, storing diverse crop seeds in the event of global disaster, is also located along the road, although not visible here.

The cubic-metre Proba-1 is the first in ESA’s series of satellites aimed at flight-testing new space technologies. It was launched in October 2001 but is still going strong after 14 years, having since been reassigned to ESA’s Earth observation duties.

Other innovations included what were then novel gallium-arsenide solar cells, the use of startrackers for gyroless attitude control, one of the first lithium-ion batteries – now the longest such item operating in orbit – and one of ESA’s first ERC32 microprocessors to run Proba-1’s agile computer.