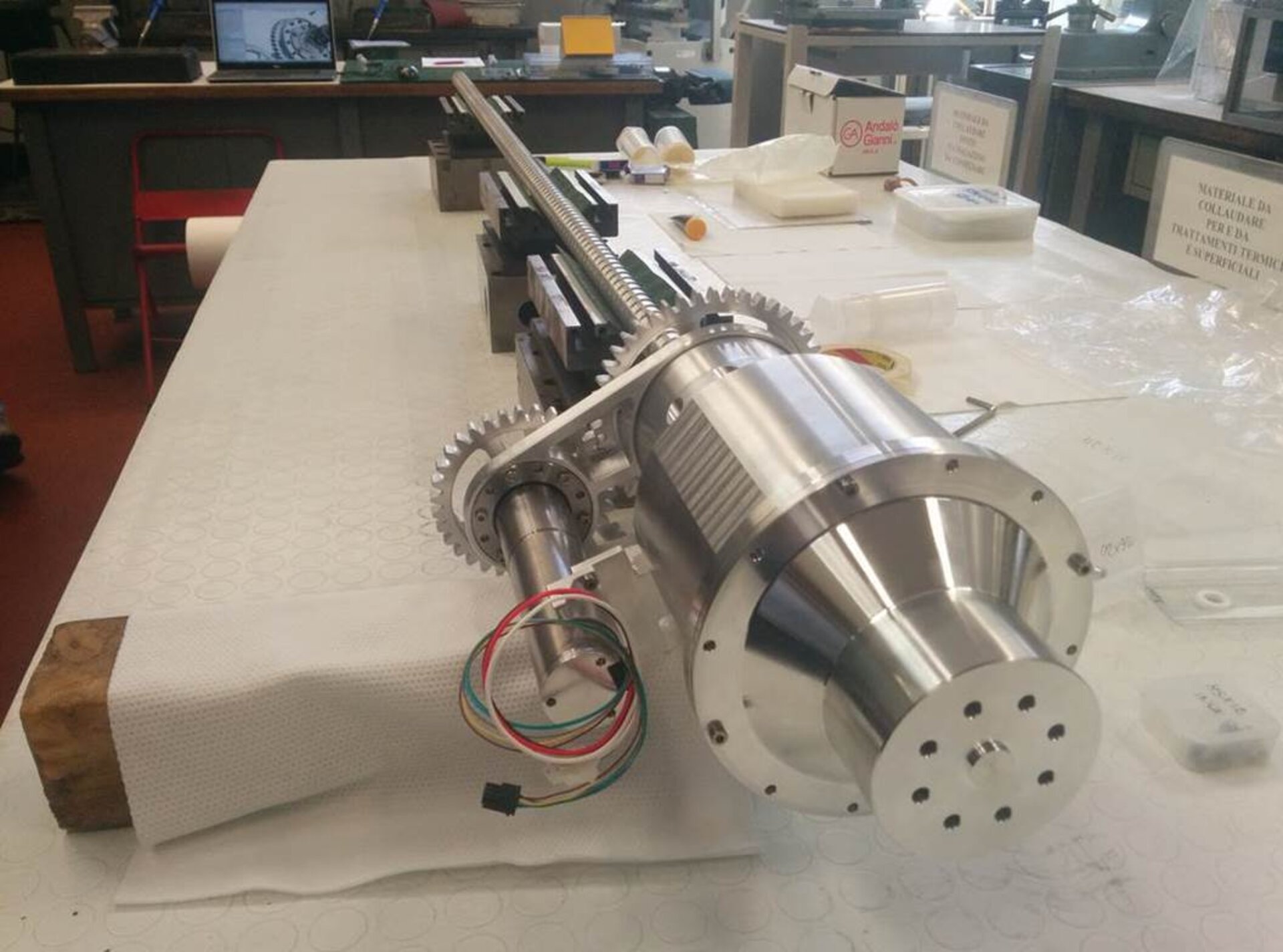 A drill designed to penetrate 1–2 m into the lunar surface is envisaged by ESA to fly to the Moon’s south pole on Russia’s Luna-27 lander in 2020.

“It is an essential part of a science and exploration package being developed to reach, extract and analyse samples from beneath the surface in the Moon’s south polar region,” explains lunar exploration systems engineer Richard Fisackerly.

“This region is of great interest to lunar researchers and explorers because the low angle of the Sun over the horizon leads to areas of partial or even complete shadow. These shadowed areas and permanently dark crater floors, where sunlight never reaches, are believed to hide water ice and other frozen volatiles.”

Developed by Finmeccanica in Nerviano, Italy, the drill would first penetrate into the frozen ‘regolith’ and then deliver the samples to a chemical laboratory, which is being developed by the UK’s Open University.

The development team has tested the drill design with simulated lunar soil cooled to –140°C (typical of the expected landing site of Luna-27) but the permanently shadowed regions of the Moon are known to be even colder, at down to –240°C.

The drill system plus laboratory are collectively known as Prospect: Platform for Resource Observation and in-Situ Prospecting in support of Exploration, Commercial exploitation & Transportation.

Prospect is one of the packages being developed by ESA for flight to the Moon as part of cooperation on Russia’s lunar programme. Pilot – Precise Intelligent Landing using On-board Technology – is an autonomous precision landing system incorporating ‘laser radar’ lidar for hazard detection and avoidance.

These packages are being developed by ESA’s Directorate of Human and Robotic Exploration and will be proposed for approval to fly by ESA’s Council of European Ministers in December 2016.

Learn more about ESA and the Moon in this interactive web documentary.