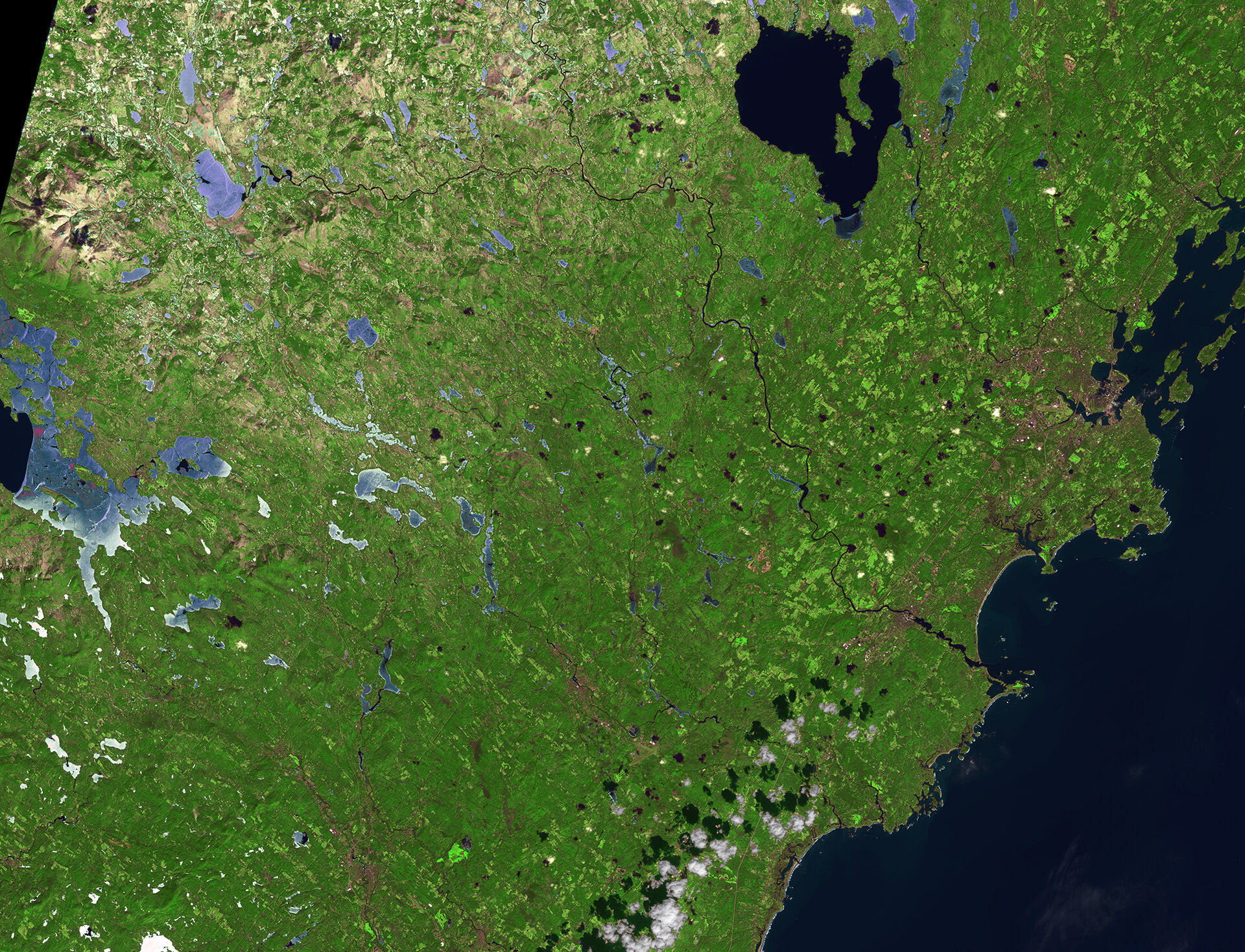 The Sentinel-2A satellite takes us over southern Maine and part of New Hampshire in the northeast United States.

The main instrument on Sentinel-2 measures vegetation – and we can clearly see by the overall green colouring of this image that the area is densely vegetated. In fact, the state of Maine has the highest percentage of forested area in the US, and New Hampshire has the second highest.

Even with these large areas of forest cover, the part of Maine pictured shows some of the most densely populated areas in the state.

In addition to forest cover, we can see many lighter-green areas, mainly agricultural structures and golf courses.

On the left side of the image is the partially ice-covered Lake Winnipesaukee in New Hampshire. To its north are the Ossipee Mountains – remains of an ancient volcano. Ossipee Lake sits east of the mountains, and its water flows east via the Ossipee River and into the Saco River, which flows across southern Maine and empties into the Atlantic at Saco Bay.

In the upper right we can see Sebago Lake – Maine’s deepest –which is also the main water supply for the state’s largest city, Portland, to the southeast.

Along the coast we can see a number of marshes that are important stopovers for migratory birds.

This image, also featured on the Earth from Space video programme, was captured by Sentinel-2A on 6 March.