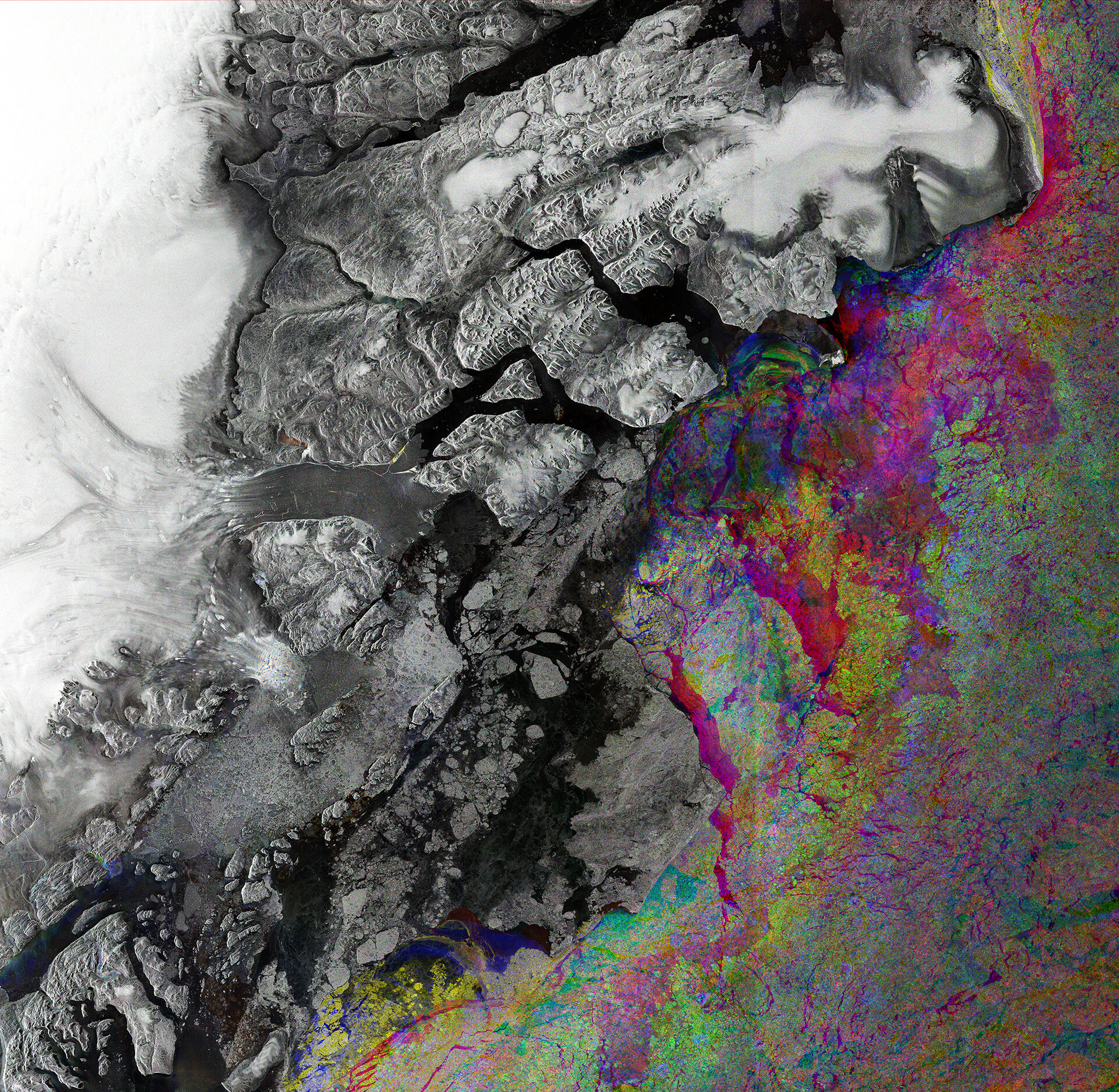 This image taken over part of northeast Greenland’s coast combines three images from Sentinel-1A’s radar on 15 February, 10 March and 3 April 2016.

The shades of grey on the left side of the image depict the static landmass, while the colours on the right show changes in sea-ice type and cover between the three radar scans.

Near the centre-left we can see the Zachariae Isstrom glacier, which is losing about five billion tonnes of ice a year to the ocean.

Zachariae’s dynamics have been changing over the last few years, calving high volumes of icebergs, which will inevitably affect sea levels. It is estimated that the entire Zachariae Isstrom glacier in northeast Greenland holds enough water to raise global sea levels by more than 46 cm.

Scientists have determined that the bottom of Zachariae Isstrom is being rapidly eroded by warmer ocean water mixed with growing amounts of meltwater from the ice sheet surface.

Zachariae and the nearby Nioghalvfjerdsfjorden to its north are two of six glaciers being monitored in near-real time by Sentinel-1 through a new web portal by the UK’s Centre for Polar Observation and Modelling. The portal provides frequent maps of ice velocity of key glaciers in both Greenland and Antarctica.

The polar regions are some of the first to experience and visibly demonstrate the effects of climate change, serving as barometers for change in the rest of the world. It is therefore critical that polar ice is monitored comprehensively and in a sustained manner.