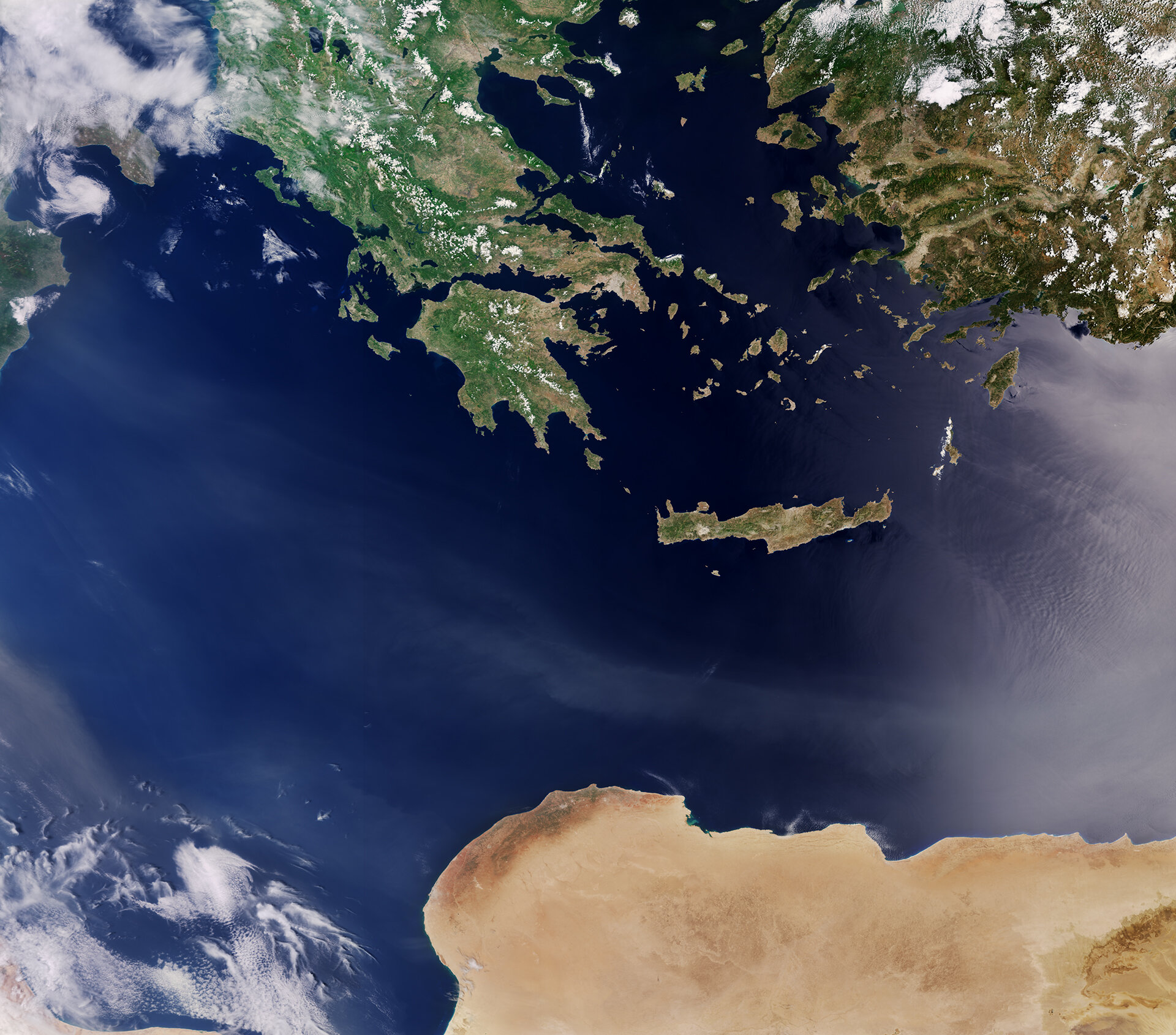 Various countries in the Mediterranean Sea were captured last 10 May by the Sentinel-3A satellite, in this false-colour image.

Parts of Greece, Turkey and Libya are featured, showing their distinct relief differences. In the middle of the image is the Greek island of Crete, dominated by harsh mountains rising out of the sea.

Home to hundreds of migratory bird species and some small wild animals, the landscape of Crete is characterised by mountain ranges reaching some 2400 m, along with natural harbours, coastal plains and the typical Mediterranean scrub.

Northwest of Crete is a large part of Greece’s mainland, showing dense vegetation and agricultural landscape, while under the clouds a small part of Italy’s ‘heel and tip’ are visible.

At top right, parts of southwestern Turkey are distinct, indicating a mixture of agricultural landscape and mountainous regions, where bare soil and rock formations prevail.

At the bottom of the image, Libya’s arid desert is evident, with the Saharan plateau comprising some nine-tenths of the country, making it truly a sea of sand.

Launched last 16 February, Sentinel-3A carries four instruments working together, making it the most complex of all the Sentinel missions. Its Ocean and Land Colour Instrument offers a new eye on Earth, monitoring ocean ecosystems, supporting crop management and agriculture, and providing estimates of atmospheric aerosol and clouds – all of which will bring significant benefits to society.