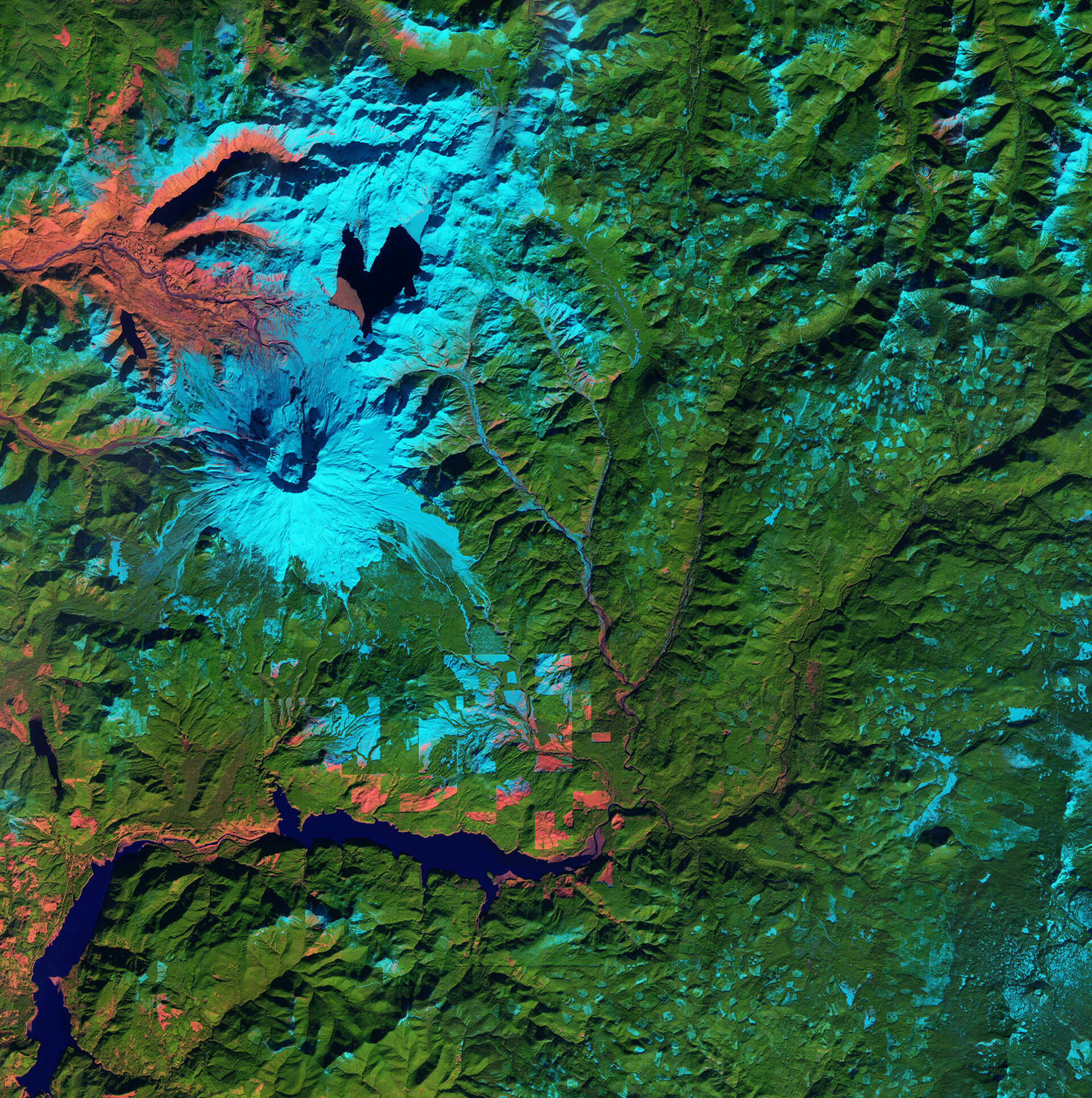 Sentinel-2A captured this image of Mount St Helens in the US state of Washington on 8 February.

The active volcano is known for its 18 May 1980 eruption. The event claimed some 57 lives and damaged homes and infrastructure. The eruption was caused by an earthquake that lead to a massive landslide of the volcano’s north face, exposing it to lower pressures. The volcano then exploded, depositing widespread ash and melting the mountain’s snow, ice and glaciers that formed a number of volcanic mudslides – or lahars.

Some of these lahars are still visible, particularly in the upper left in pink.

In this false-colour image, snow cover appears light blue while pink represents areas with little to no vegetation. In the lower-central part of the image, we can see how snow cover ends in the rectangular areas as the elevation drops closer to the river.

The rectangular areas show land division, possibly for timber extraction, with the blue and red areas revealing where the trees have been cleared.

Sentinel-2 can be used to manage natural resources, to check rates of deforestation, reforestation and areas affected by wildfire. Information from Sentinel-2 can help governing bodies and commercial enterprises make informed decisions about how best to manage, protect and sustain our important forest resources.