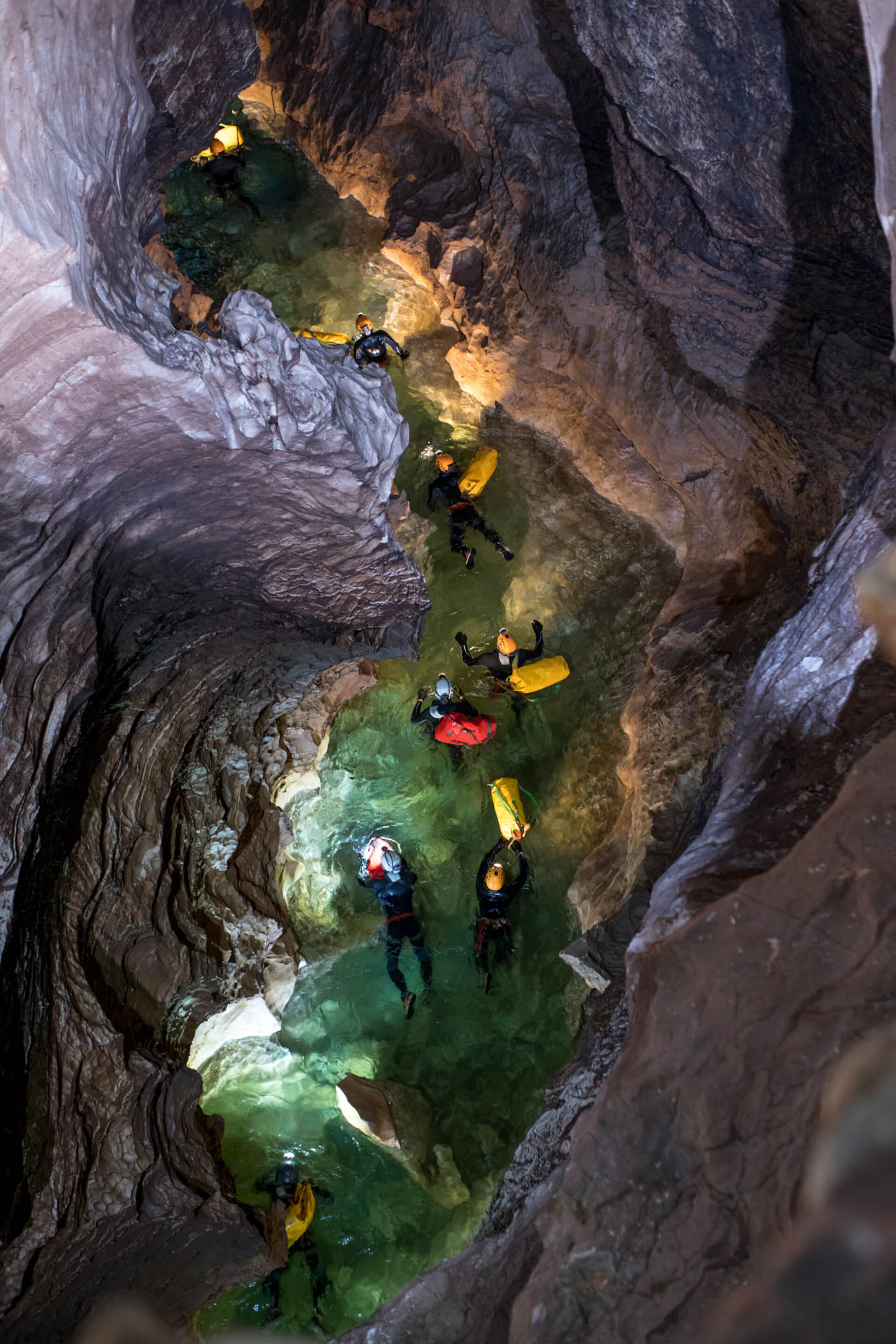 The two-week course prepares astronauts to work safely and effectively in multicultural teams in an environment where safety is critical.

As they explore the caves of Sardinia they encountered caverns, underground lakes and strange microscopic life. They tested new technology and conducted science – just as if they were living on the International Space Station. The six astronauts relied on their own skills, teamwork and ground control to achieve their mission goals – the course is designed to foster effective communication, decision-making, problem-solving, leadership and team dynamics.

The ‘cavenauts’ said goodbye to sunlight and spent six nights underground, setting up basecamp in the Sa Grutta cave in Sardinia, Italy. This picture was taken on day five underground.