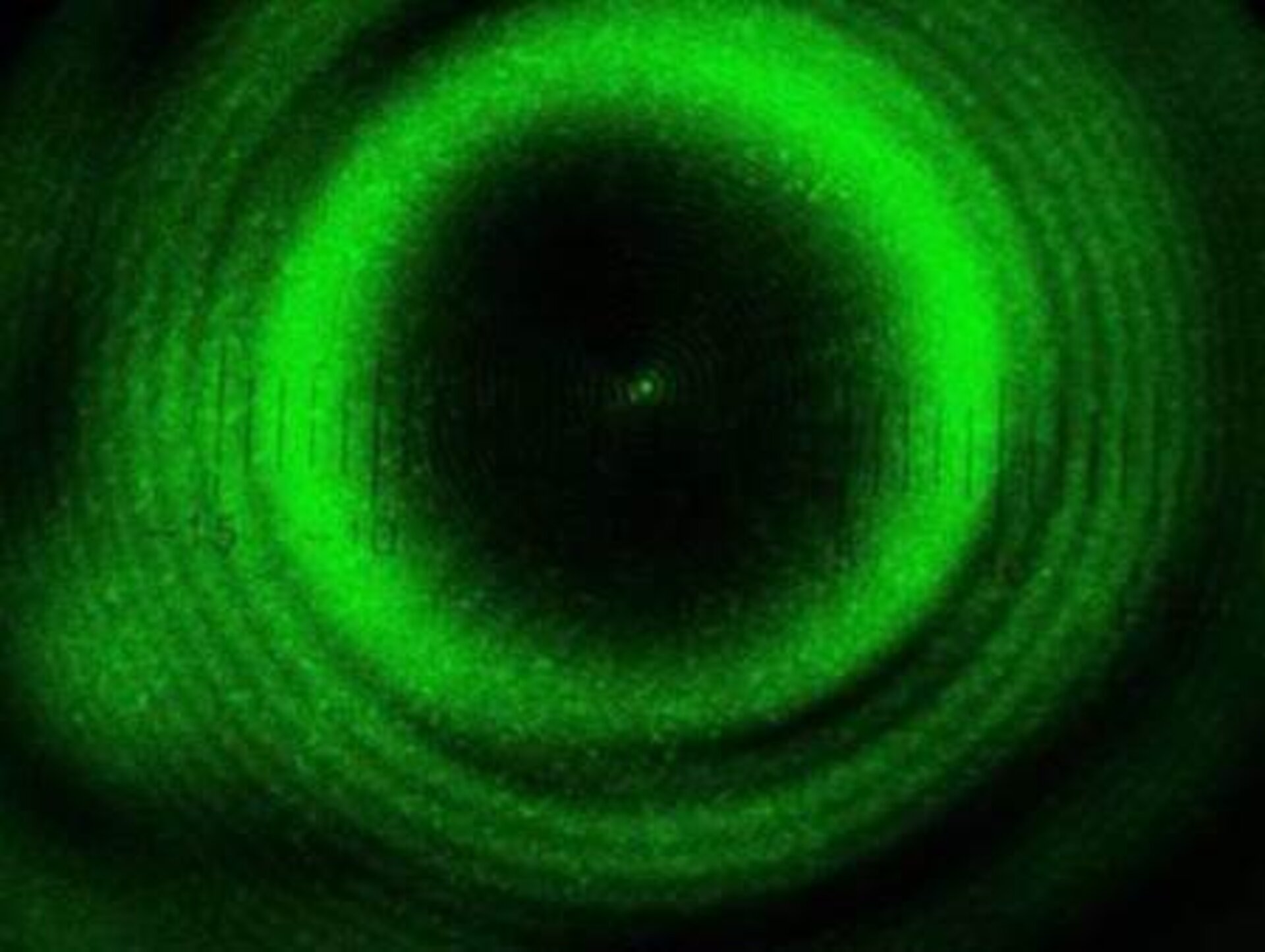 An example of diffraction, called the 'Bright Spot of Arago' (or 'Poisson's Spot'): a bright point that appears at the center of a circular object's shadow due to diffraction. In 1818, physicist Augustin Fresnel submitted a paper on the theory of diffraction to the French Academy. His proposed light moved a wave, as opposed to a stream of particles. Physicist Siméon Poisson  was critical of this theory, arguing that if it were true, a bright spot should appear behind a circular shade, which he thought was obviously untrue. Unfortunately for his argument, physicist Dominique Arago swiftly verified the spot experimentally.