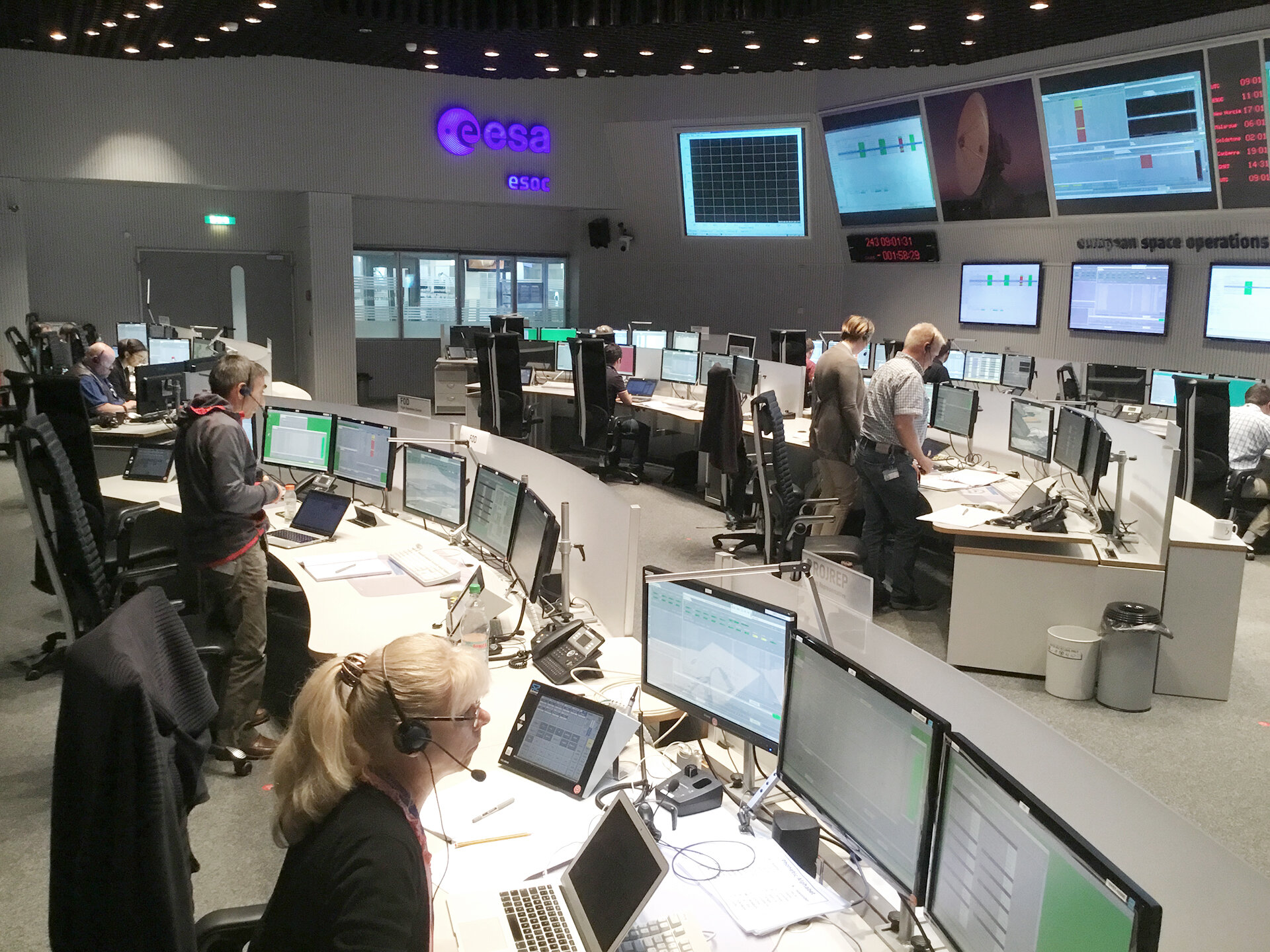 This week, the ExoMars mission control team at ESA’s centre in Darmstadt, Germany, is training to prepare for next month’s arrival at the Red Planet.

Under the watchful eye of Flight Operations Director Michel Denis, the team was taken through a series of realistic simulations that rehearsed both ‘nominal’ – when everything goes as planned – and ‘contingency’ – the opposite – situations.

The team is actually a ‘team of teams’ – a number of spacecraft operations engineers working under the spacecraft operations manager, supported by diverse specialists from areas including flight dynamics, ground station operations, software and network support, and simulations and training as well as the ExoMars team from ESA’s technical centre in the Netherlands.

Today, ExoMars has completed 80% of the 500 million km trip to Mars, and is 121 566 000 km from Earth. Schiaparelli is set to separate from its parent craft on 16 October and, three days later, will land on Mars as the orbiter fires its main engine to begin circling the planet.