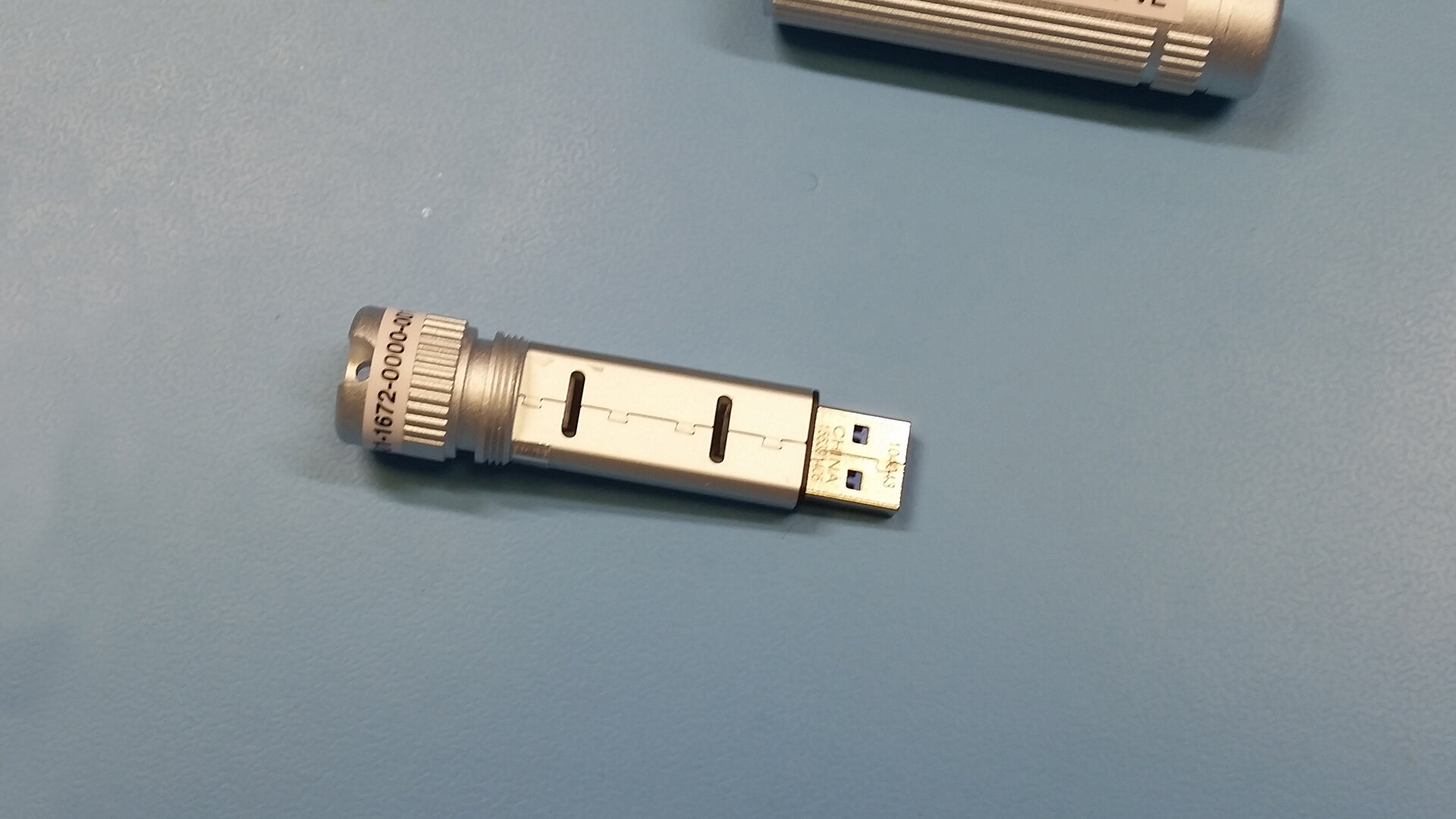 All computer enthusiasts have a recovery disk available in case their computer stops working – and it’s no different for a liquids experiment on the International Space Station.

This USB stick is now in the Columbus laboratory after its launch to the Station on 18 July. If all goes well, it will never be used – but it is better to be safe than sorry.

The SODI-DCMIX experiment will run for around nine weeks in space observing how a mixture of water, ethanol and triethylene glycol behaves in a thermal field. If the instrument refuses to start, an astronaut can insert the USB stick and reboot the experiment.

The 8 GB stick is a commercial item that was modified to make it fit for space. Engineers removed all the stickers and rubber and drilled venting holes to cope with the changes in atmosphere. Lastly, the stick’s light was covered to avoid distractions.

Fluids and gases are never at rest, even if they appear to be when viewed by the naked eye. Molecules are constantly moving and colliding even though there is no microscope powerful enough to see it. Scientists are interested in observing and measuring how these movements combined with temperature changes lead to it’s the fluid’s constituents redistributing as they reveal important, practical information such as how fluids mix or separate in different conditions.

Creating accurate models of how fluids warm up  and spread is harder than it might seem. School physics classes can work out how long it would take to boil a litre of water, but what if the water were mixed with oil or a multitude of different liquids?

A mixture on the International Space Station is free from the constraints of gravity and will only react to temperature. SODI-DCMIX exploits this fact to record concentration gradients in mixtures in space to understand how molecules behave in liquids.

The data from this third version of SODI-DCMIX will be stored on flash disks and returned to the international team of researchers on Earth later this year.