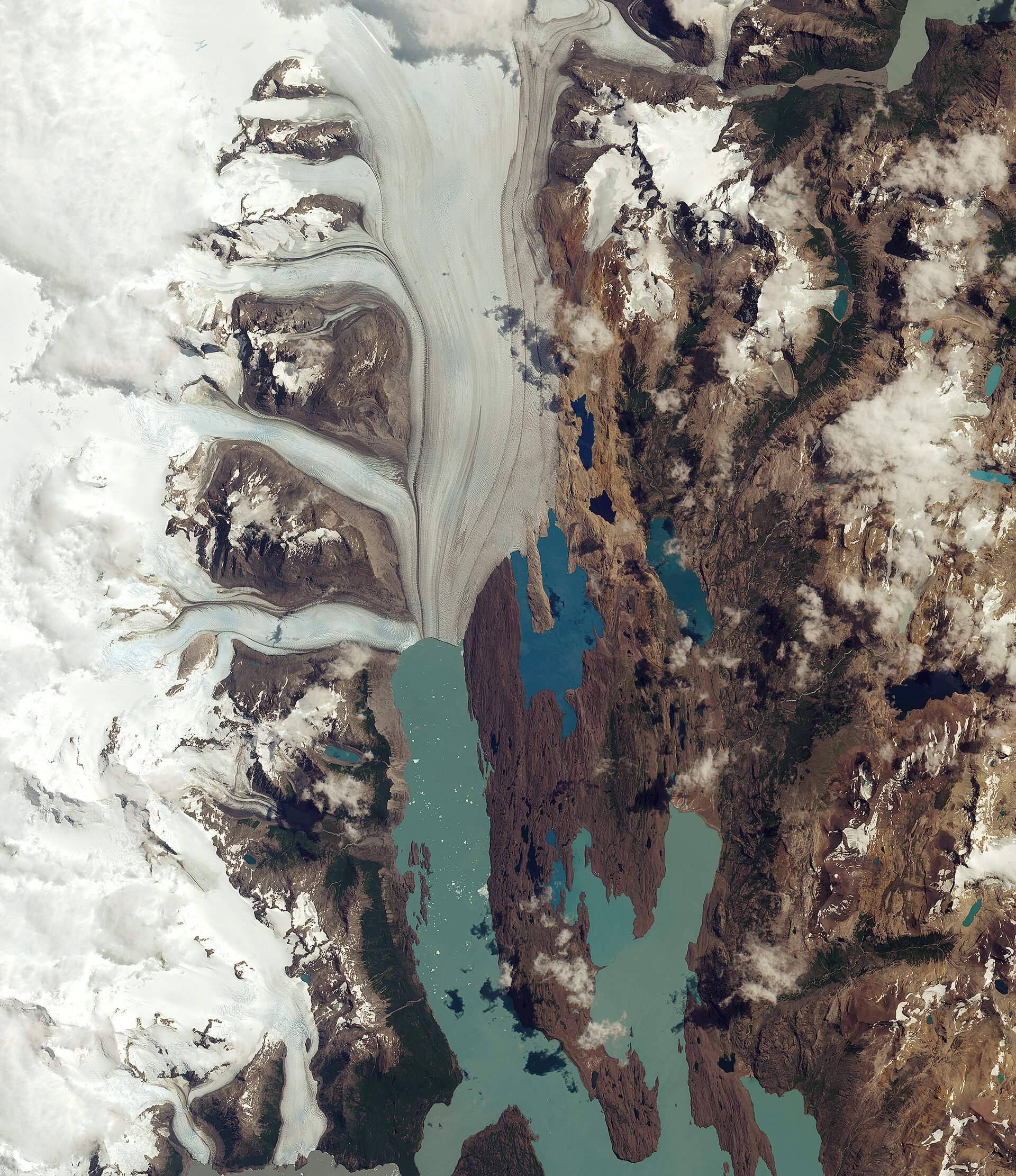 The Upsala Glacier in Argentina’s Los Glaciares National Park is pictured in this Sentinel-2A image from 22 January 2016.

The park was named a UNESCO World Heritage site in 1981 and is the largest in the country, covering an area of over 7000 sq km.

Many glaciers in the national park and in the wider Patagonian Ice Field have been retreating during the last 50 years because of rising temperatures. Upsala Glacier has retreated more than 3 km in the past 15 years.

Glaciers are the largest reservoirs of freshwater on our planet, and their melting or growing is one of the best indicators of climate change. Satellite data can help to monitor changes in glacier mass and, subsequently, their contribution to rising sea levels.

Taking a closer look at the terminus of the Upsala Glacier, we can see how icebergs have broken off and are floating in the water of the upper reaches of Lake Argentino. The lake’s unique colour is attributed to ‘glacier milk’ – suspended fine sediment produced by the abrasion of glaciers rubbing against rock.

The darker lines following the flow of the glacier are moraines: accumulations of rock, soil and other debris – including glacial milk – that have been deposited by the glacier.