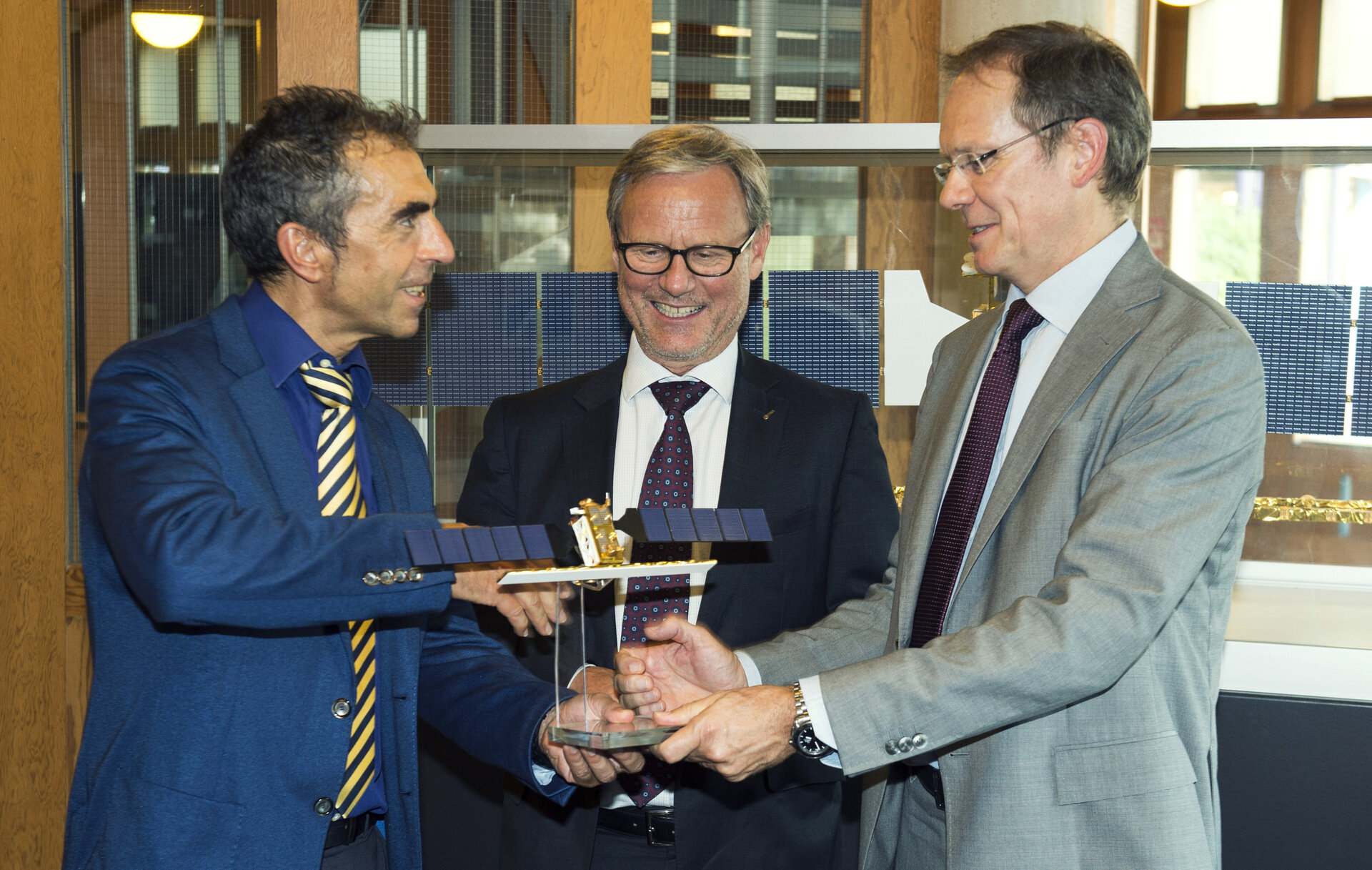 Copernicus Sentinel-1B handed over for operations

Following liftoff on 25 April 2016, the Copernicus Sentinel-1B satellite has been commissioned and handed over for mission operations. It joins its identical twin, Sentinel-1A, which has been systematically scanning Earth with its radar since October 2014. Orbiting 180° apart, the two satellites optimise coverage and data delivery for the Copernicus services that are making a step change in the way our environment is managed. More than 45 000 users have registered to access Sentinel data, under the free and open policy framework of Europe’s Copernicus environmental monitoring programme.

Both satellites carry a radar that images Earth’s surface through cloud and rain and regardless of whether it is day or night. These images are used for many applications, such as monitoring ice in the polar seas, tracking land subsidence, and for responding to disasters such as floods.

On 14 September, project manager Ramón Torres (left) who led the development team, handed over the satellite to the mission manager, Pierre Potin (right) in the presence of Volker Liebig, Senior Advisor to ESA’s Director General.