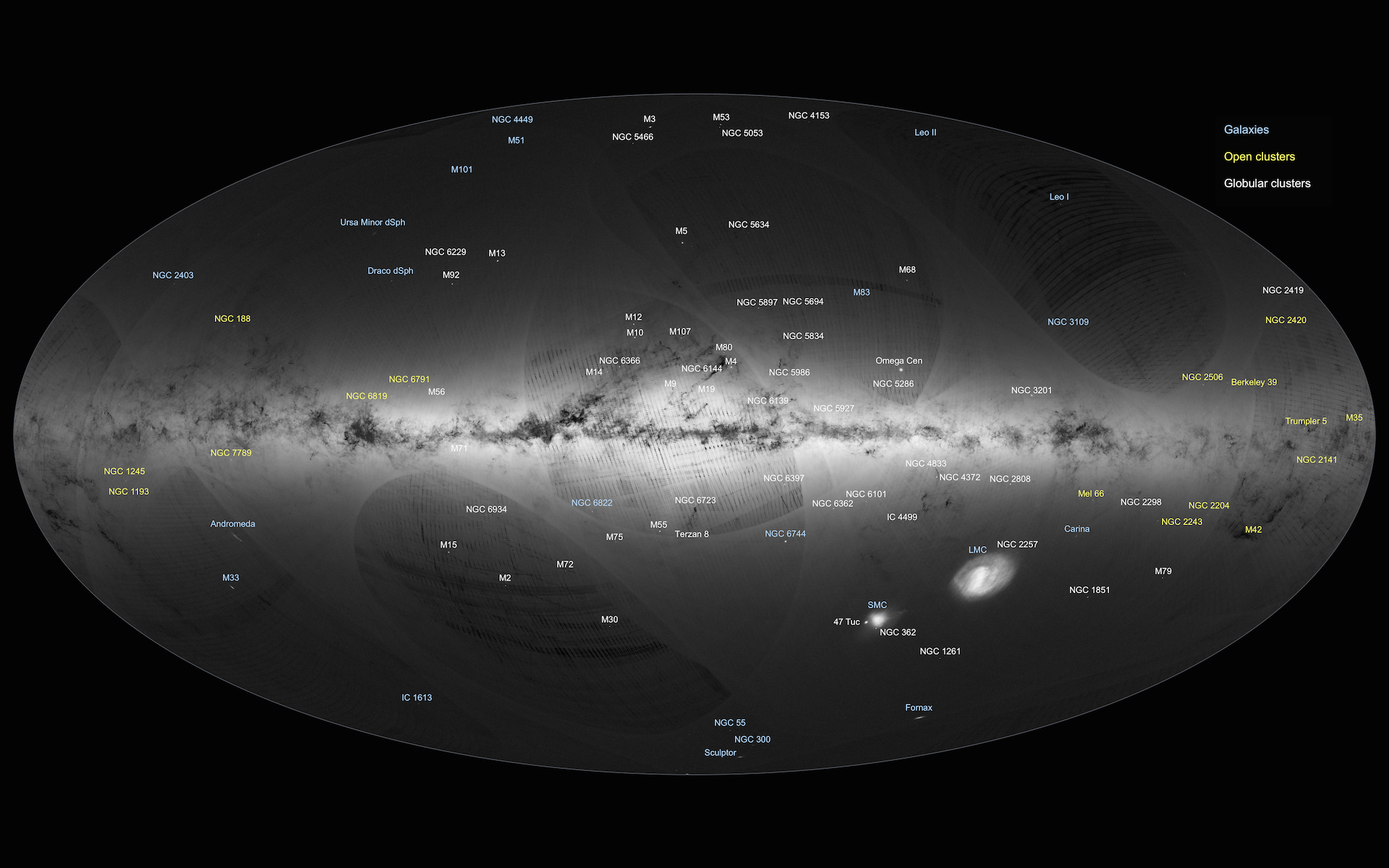 An all-sky view of stars in our Galaxy – the Milky Way – and neighbouring galaxies, based on the first year of observations from ESA’s Gaia satellite, from July 2014 to September 2015.

This map shows the density of stars observed by Gaia in each portion of the sky. Brighter regions indicate denser concentrations of stars, while darker regions correspond to patches of the sky where fewer stars are observed.

The Milky Way is a spiral galaxy, with most of its stars residing in a disc about 100 000 light-years across and about 1000 light-years thick. This structure is visible in the sky as the Galactic Plane – the brightest portion of this image –which runs horizontally and is especially bright at the centre.

Darker regions across the Galactic Plane correspond to dense clouds of interstellar gas and dust that absorb starlight along the line of sight.

Many globular and open clusters – groupings of stars held together by their mutual gravity – are also sprinkled across the image.

Globular clusters, large assemblies of hundreds of thousands to millions of old stars, are mainly found in the halo of the Milky Way, a roughly spherical structure with a radius of about 100 000 light-years, and so are visible across the image.

Open clusters are smaller assemblies of hundreds to thousands of stars and are found mainly in the Galactic Plane.

A number of artefacts are also visible on the image. These curved features and darker stripes are not of astronomical origin but rather reflect Gaia’s scanning procedure. As this map is based on observations performed during the mission’s first year, the survey is not yet uniform across the sky.

These artefacts will gradually disappear as more data are gathered during the five-year mission.

High resolution versions of the Gaia map, with transparent background, are available to download from: http://sci.esa.int/gaia/58209