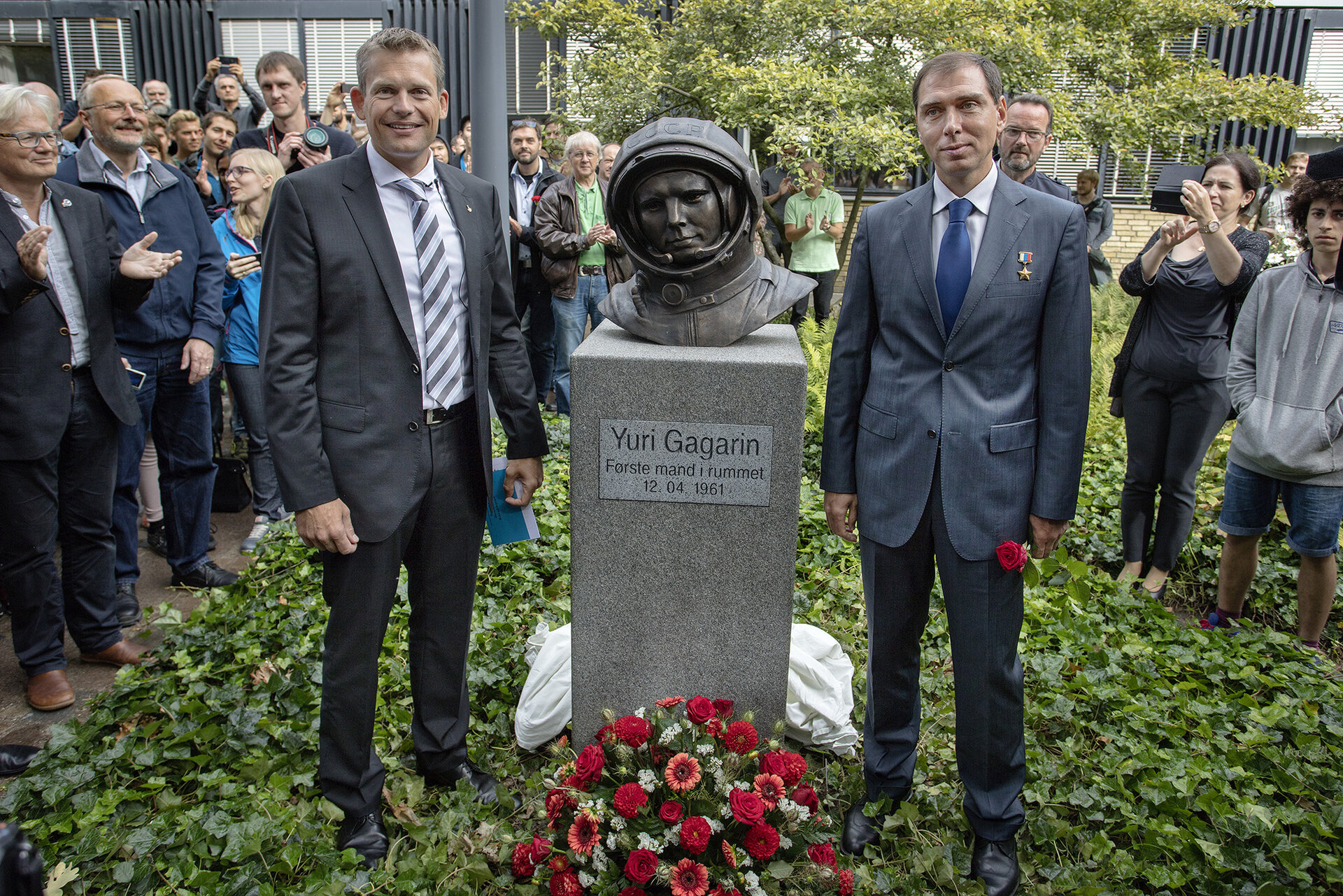 This week one year ago, ESA astronaut Andreas Mogensen (left) spent 10 days in space on his ‘iriss’ mission to the International Space Station. He was launched on 2 September 2015 in a Soyuz spacecraft with cosmonaut commander Sergei Volkov (right) and returned in a different Soyuz with commander Gennadi Padalka. Sergei stayed on to complete his third six-month stay on the Space Station.

Andreas and Sergei unveiled a bust of Yuri Gagarin, the first human in space, exactly a year after their own launch. The event commemorated Gagarin’s visit to Denmark 54 years ago during his tour of Europe after his landmark orbit of Earth on 12 April 1961.

The bust is at the Danish Technical University near Copenhagen, Denmark. The university participated in a number of experiments on the International Space Station, including Andreas imaging a newly discovered weather phenomenon.