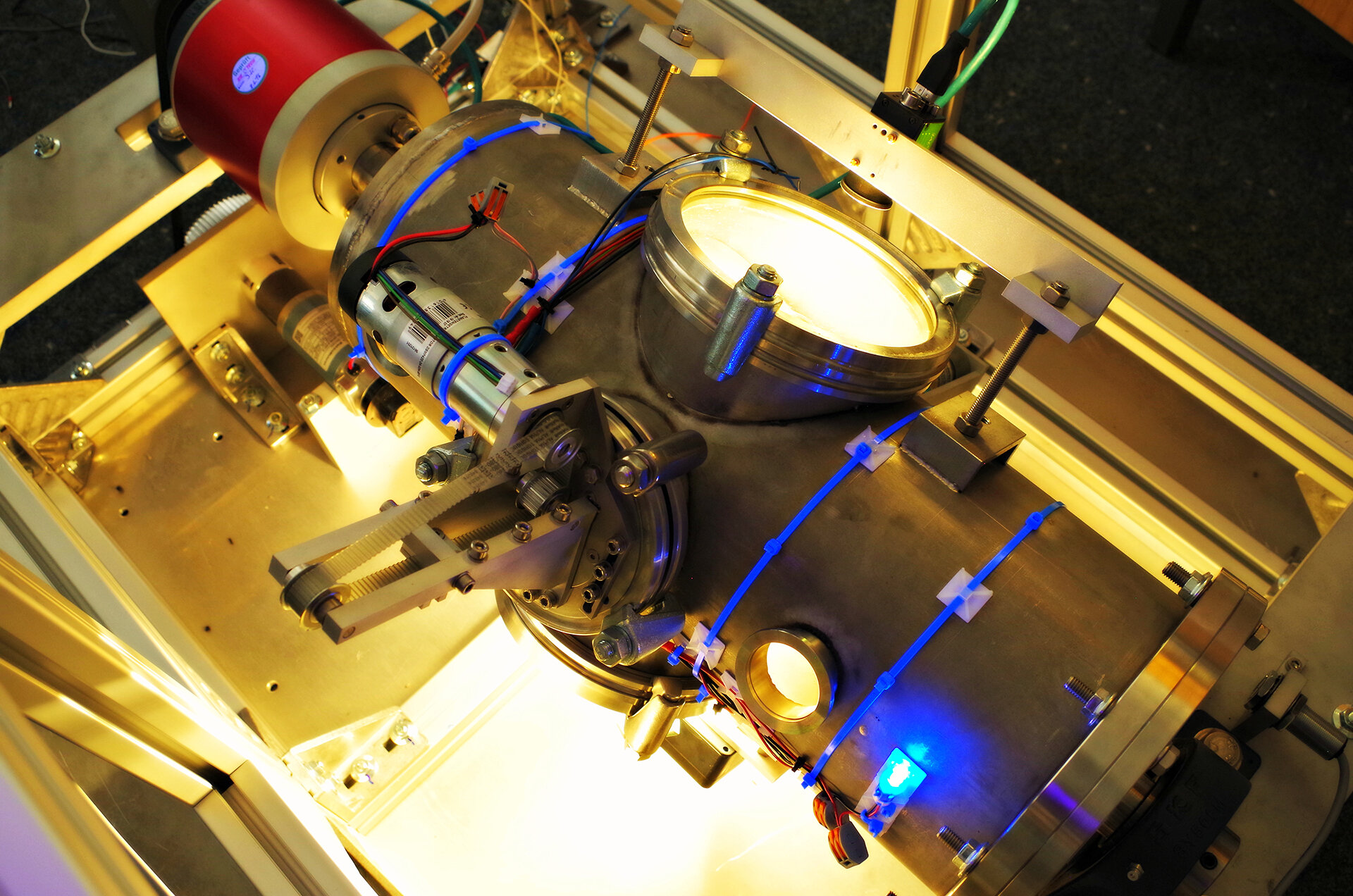 Mars is a dusty place and you might not think it is surprising that we regularly see dust storms on its surface. But the phenomenon has puzzled scientists since the 1980s when experiments showed that typical wind speeds recorded on Mars are not strong enough to lift the dust.

Many theories have been suggested to explain the dust storms but few experiments have investigated them.

This experiment was designed by four students from the university of Duisberg-Essen in Germany as part of their thesis project. It will fly on ESA’s parabolic flight campaign that offers repeated 20 seconds of weightlessness.

Inside the canister is a small wind channel filled with carbon dioxide at low pressure to represent the atmosphere found on Mars. The canister spins like a centrifuge and recreates different levels of gravity – the faster it spins the heavier the contents will be. This experiment cannot be done on the ground because the team wants to recreate Mars gravity – around two thirds of gravity on Earth.

This experiment is part of ESA’s “Fly your thesis!” educational programme that offers university students a way to run experiments in weightlessness. Follow the teams’ progress on their own website.