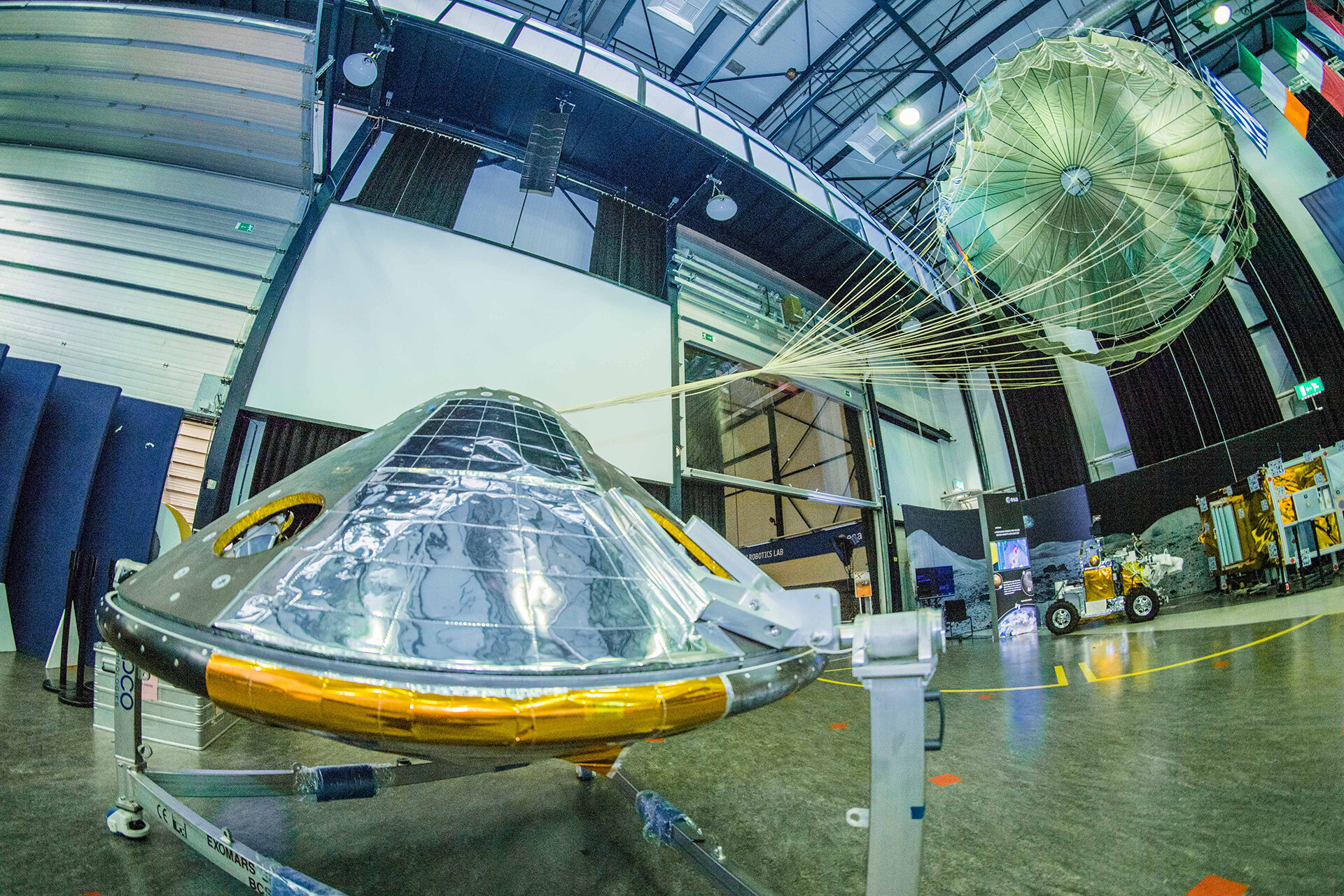 A full-size model of the ExoMars entry, descent and landing module, Schiaparelli, with its parachute deployed was revealed on ESA’s open day last Sunday in the Netherlands.

Weighing 600 kg, Schiaparelli is part of the joint ESA–Roscosmos ExoMars mission that will arrive at the Red Planet on 19 October. It will demonstrate Europe’s technology for a controlled landing on Mars, including the 12 m-diameter parachute.

The landing will take about six minutes, with the canopy deploying at a speed of 1700 km/h. In less than two minutes the parachute will slow the lander down to 240 km/h before being jettisoned at around 1 km above the surface.

Thrusters will then begin firing to control the probe’s speed, with the surface contact cushioned by a crushable structure on the underside of the module.

The module is housed inside the descent capsule in this picture – the rear cover and heatshield are discarded during descent.

Although it is on display, the ExoMars teams need to access the engineering model for diagnostics or checks because it is a replica of the module flying to Mars.