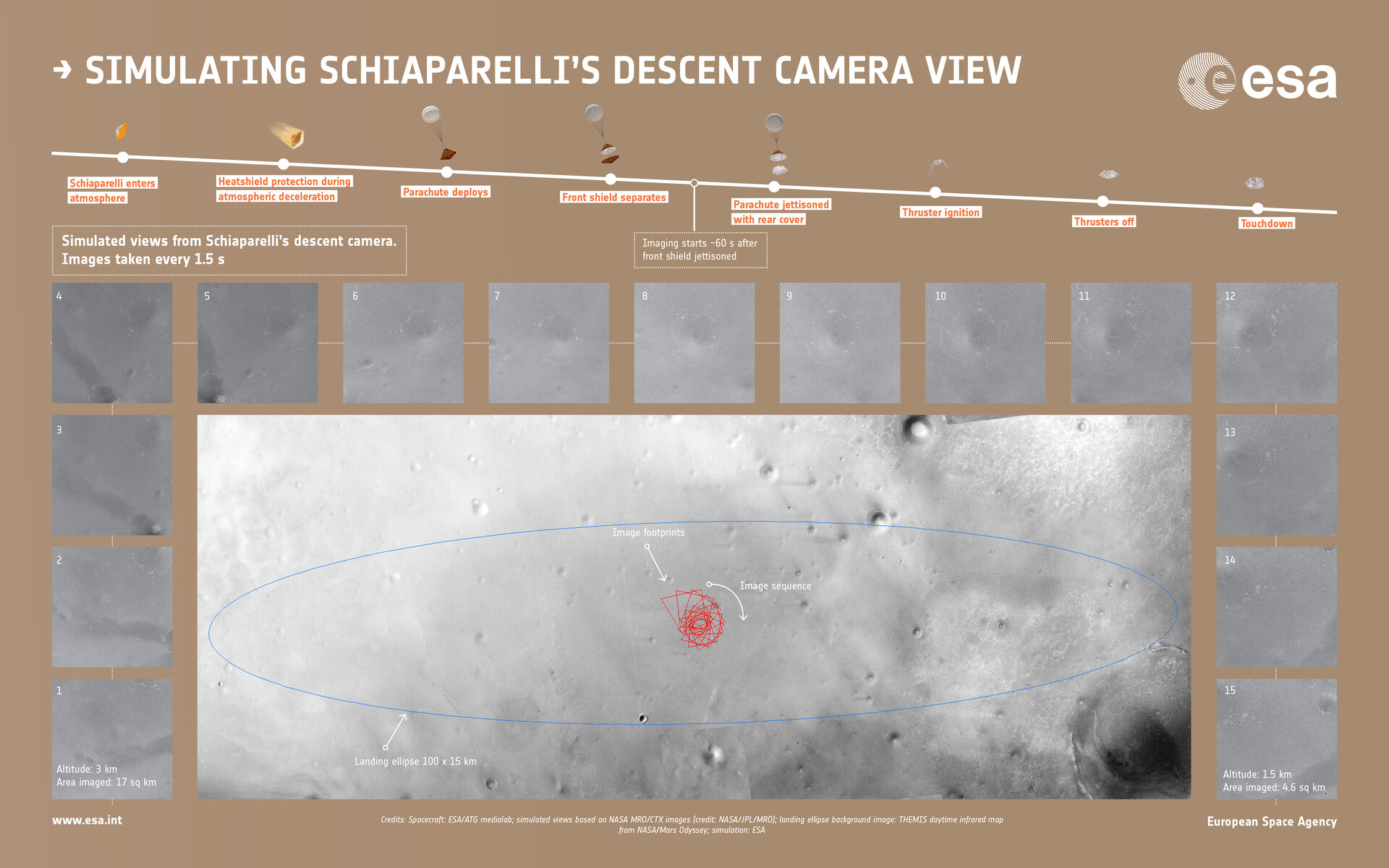 Simulated sequence of the 15 images that the descent camera on the ExoMars Schiaparelli module should take during its descent to the surface of Mars on 19 October 2016. The camera will start taking images about one minute after the front shield has been jettisoned. In the simulated images shown here, this corresponds to the first image being taken from an altitude of about 3 km. The camera takes images every 1.5 seconds: the final image in this simulated sequence is at ~1.5 km, but depending on Schiaparelli’s actual descent speed on the day, the final image may be acquired closer to the surface.

The views are generated from images taken by the CTX context camera on NASA’s Mars Reconnaissance Orbiter of the centre of the landing ellipse, and represent the ground-projected field-of-view expected from Schiaparelli’s Descent Camera (DECA) at each altitude.

The 100 km x 15 km landing ellipse with the simulated DECA image footprints is shown at the bottom of this graphic. In this simulation, the images were taken in a clockwise direction around the landing site.

If Schiaparelli does not land exactly in the centre of the ellipse then the actual view will be different.

More information: What to expect from Schiaparelli's camera